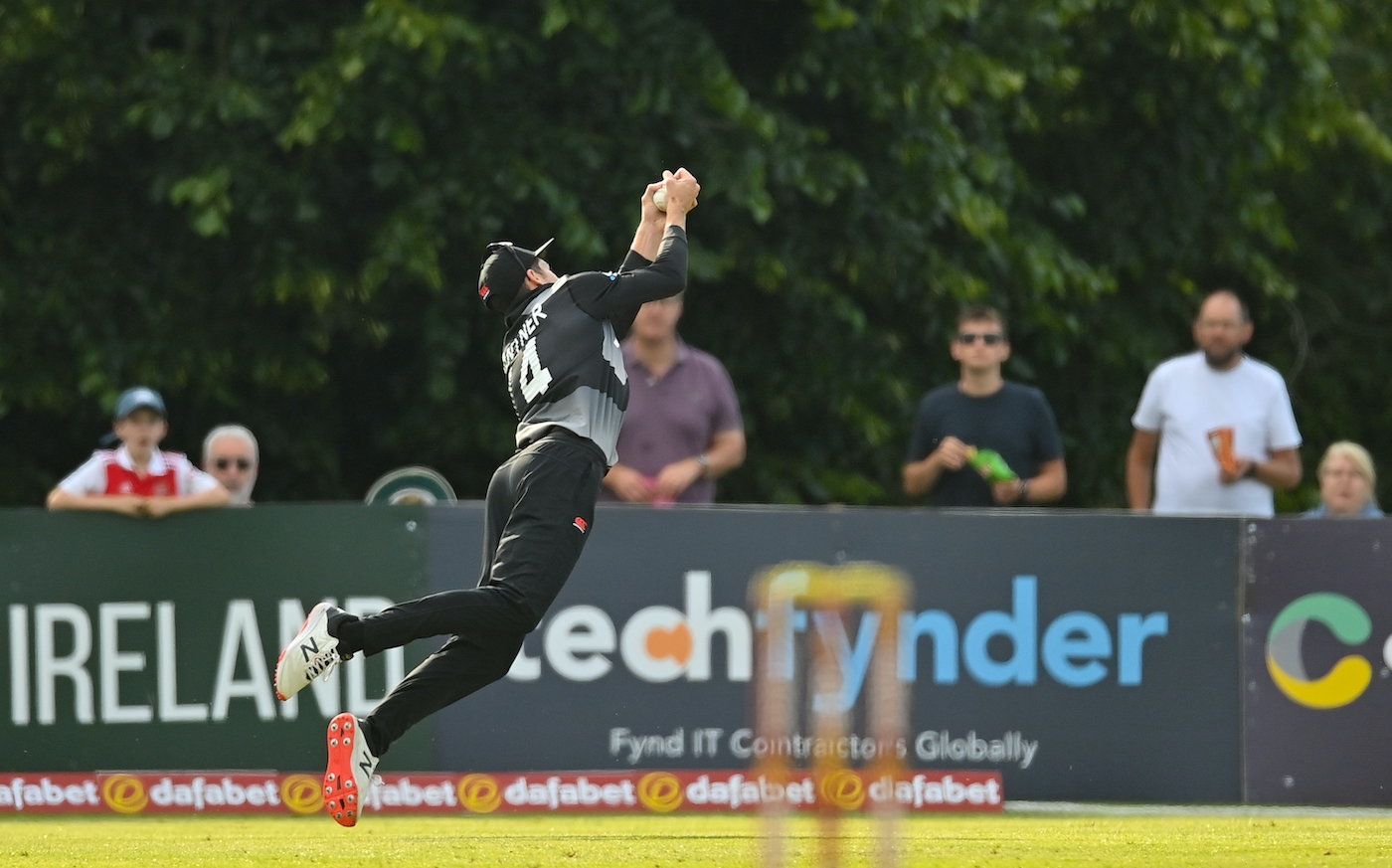 Ireland captain Andy Balbirnie won the toss in the second T20I against New Zealand, and like the opening encounter, opted to bowl first.

Unlike the first game that was played in the midst of a heatwave under sunny, scorching conditions, the teams were welcomed by grey, cloudy skies in Belfast for the second game.

Both teams were unchanged from the first T20I that New Zealand won by 31 runs. Balbirnie said that 150 would be a par score on this surface, and wanted his bowlers to not give away the extra runs that they were guilty of in the death overs in the first game. New Zealand captain Mitchell Santner – leading the side with some key senior players rested for the T20Is against Ireland, Scotland and Netherlands – said that his focus would be for his “young group” of players to play to their potential.

The game was being played on the same surface that hosted the first T20I, a pitch that was two-paced and one where batting was not necessarily fluid. With the cloudy conditions on offer, it was expected that the new ball would swing. Rain was not forecast, and no side has ever lost a T20I in Belfast after posting a 140+ total.

Ireland are still searching for their maiden victory over New Zealand in the visitors’ trip to their country this summer. They ran New Zealand close in two ODIs, but lost both of them by one wicket and one run respectively. In the first T20I, Ireland had New Zealand struggling at 100 for 5, but Glenn Phillips’ half-century with the bat and Lockie Ferguson’s four-for with the ball derailed the hosts’ chase of 174, giving the visitors a 1-0 lead in the three-game series entering the second T20I, now a must-win for Ireland.