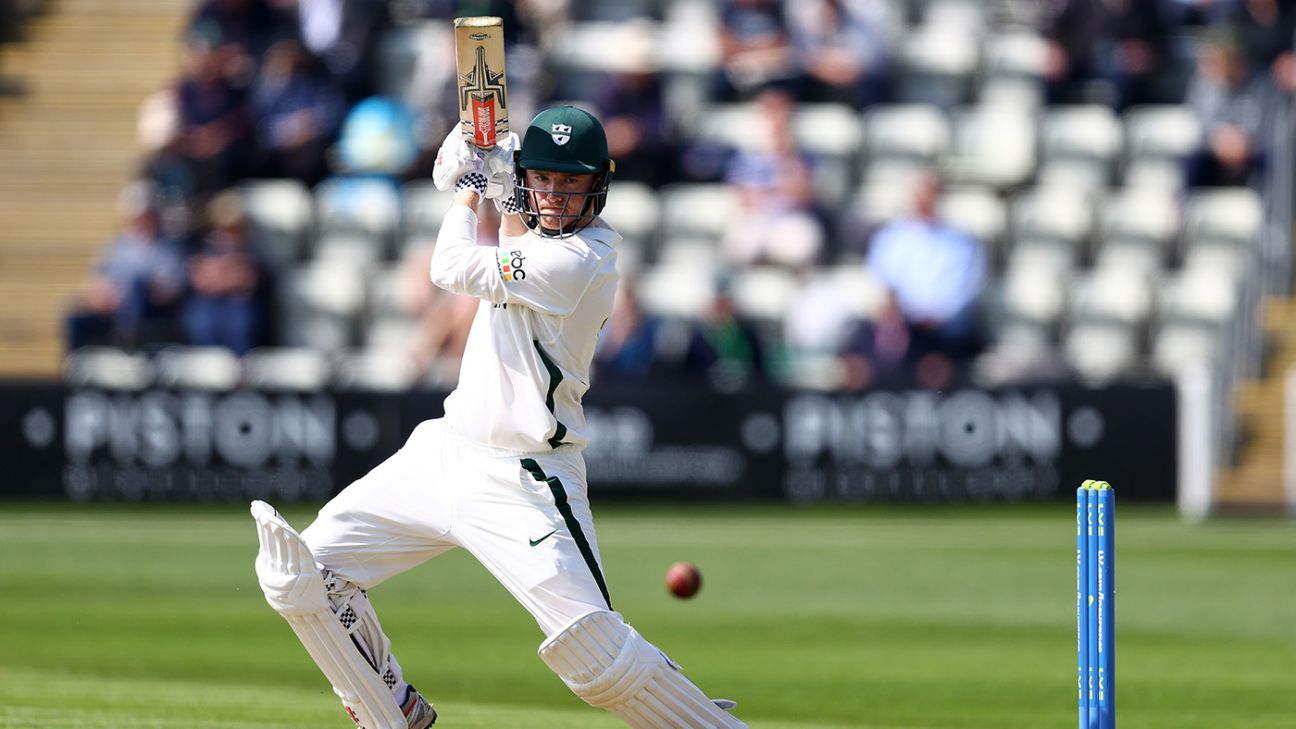 Pollock was in ruthless mood, slamming 113 from just 77 balls to register his highest first-class score and ensure the visitors chased down what had appeared a tricky fourth-innings target of 238 with ease.

The left-hander’s performance – which included seven sixes and 11 fours – ensured Worcestershire became the first visiting team to taste victory in a red-ball fixture at the Northwood venue.

The result strengthened the Pears’ promotion chances, lifting them to within 11 points of Middlesex, who remain second in Division Two for now despite their first home defeat of the campaign.

Charlie Morris made early inroads in the morning, uprooting Toby Roland-Jones’ off stump before Tom Helm squirted him into the hands of mid-on to leave Middlesex eight down and 185 ahead.
But Umesh Yadav’s pugnacious approach quickly propelled his new side past 200, thrashing Dillon Pennington over long-off for six and handing out the same treatment to Josh Baker when Worcestershire turned to spin.
The India international dominated a partnership of 41 with Luke Hollman, who fell just four short of his second half-century of the match when Baker persuaded him to reverse-sweep and find the point fielder.

Yadav was left unbeaten on 44 from 41 balls when Middlesex’s innings finally came to a close at 240, with Tim Murtagh caught behind swishing at Joe Leach.

If the target appeared awkward, Worcestershire’s openers looked completely unflustered by it, with Roland-Jones’ first two overs disappearing for 22 as Pollock and Jake Libby raced to 50 inside the first seven.

Hollman and Yadav succeeded in stemming the flow of runs before lunch – but the batting side resumed the onslaught after the interval, with Pollock hooking Roland-Jones for six and slamming another boundary in the same over to reach his half-century.

Helm eventually achieved the breakthrough, having Libby (31) caught behind attempting to cut, but the wicket failed to disrupt Pollock’s rhythm and he ruthlessly pulled the first ball of Murtagh’s second spell over the fence.

The opener’s hundred arrived from just 67 deliveries, with Taylor Cornall – who contributed 12 to the second-wicket stand of 82 – required to do little more than stand and applaud his partner’s efforts.

Pollock eventually perished, pulling Yadav down the throat of deep square leg with 71 still needed, but his job was long since done and it was left to Cornall (31 not out) and captain Brett D’Oliveira (33 not out) to steer Worcestershire over the line.