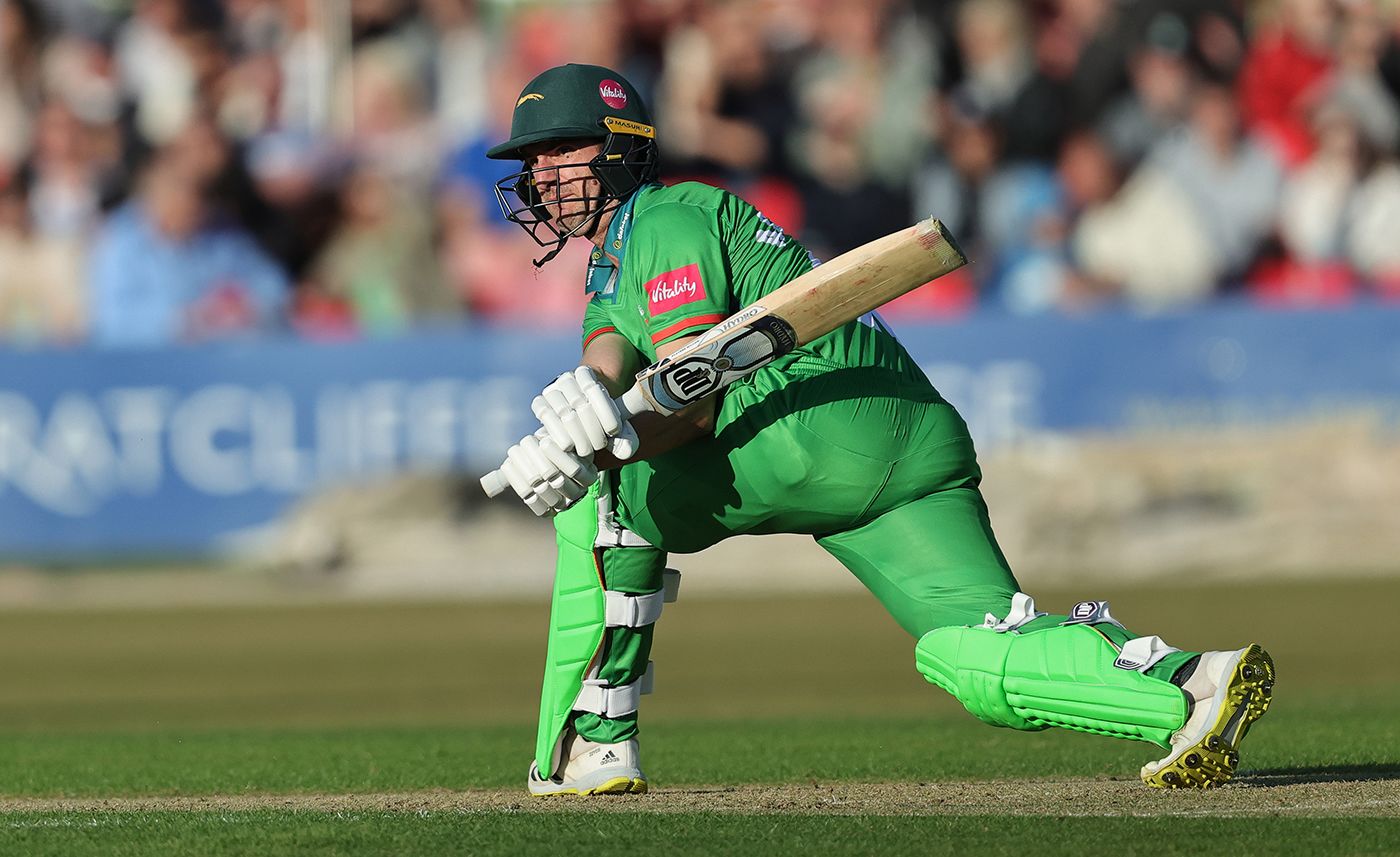 Leicestershire Foxes finished off their Vitality Blast season with a fifth straight win but it was a bitter-sweet victory after it was revealed just hours before the match that they had suffered a two-point deduction as a result of two disciplinary offences committed during their dramatic one-run victory over Northamptonshire Steelbacks on Friday evening, making it impossible for them to qualify for the quarter-finals.

The Foxes finished with 211 for 7 from their 20 overs after skipper Colin Ackermann made an unbeaten 72 off 46 balls, backed up by Nick Welch’s rapid 46 in the powerplay and Louis Kimber’s 30 off 11 balls at the death, David Willey taking 3 for 29 for the Vikings.

In what would have been a play-off for the final quarter-final place from the North Group with Leicestershire just a point behind Yorkshire ahead of the game, the deduction rendered the result academic, with the Vikings progressing in fourth place despite mustering only 151 for 9 in reply.

Rehan Ahmed finished with an impressive 3 for 17 to total 19 wickets in his debut season, Adam Lyth‘s 52 from 25 balls for the Vikings an effort in vain.
The Foxes’ fate was decided by the ECB’s Cricket Discipline Commission on Saturday evening but the announcement was delayed until the Commission’s report was published at 11am on Sunday. The Leicestershire club have offered supporters who had bought tickets but did not attend after hearing that the match was effectively a dead rubber the chance to apply for a refund.

Put in on the same pitch that was in use when they stacked up 215 against the Steelbacks, their highest total of the season, the Foxes looked to be on course for something similar when they raced to 56 for two in the powerplay.

It was almost all down to Welch, who pulled and drove five sixes, two off George Hill, one off Willey and another couple off Pakistan leg-spinner Shadab Khan before he was caught at deep midwicket in the fifth over, having hit his 46 off 23 balls after Lewis Hill had chipped to mid-off in the opening over to fall without scoring.

Lilley, dropped on seven, joined Ackermann as the runs continued to pile up, the Foxes completing half their overs on 97 for 2, only just shy of where they had been at the same point on Friday.

Having launched Shadab Khan over long on for long off for six, Lilley edged to short third man for 35 off 23 balls in the 11th and when Willey dismissed Wiaan Mulder, caught at mid-off, and Ben Mike, catching a miscue in his follow-through, with consecutive balls in the 14th, the innings looked at risk of falling away at 131 for five.

Rishi Patel was caught on the cover boundary but after Kimber hit back-to-back sixes off Jordan Thomson before falling to a catch at extra cover in the final over from Willey, Yorkshire’s bowlers leaked 65 off the last four overs.

After that, Yorkshire needed a productive powerplay and got it as Lyth thumped 52 off 25 balls before top-edging a Naveen-ul-Haq bouncer to be caught at fine leg, a 50th Blast wicket in two seasons for the Afghanistan pace bowler. The Vikings opener hit seven fours and two sixes, one each off Naveen and Mulder, who bowled three wides as he conceded 22 in an over.

But 70 for 1 turned into 86 for 3 in the ninth over and 103 for four in the 11th as the Foxes bowlers fought back, Finn Allen driving Callum Parkinson in the air to mid-off, Ahmed tossing one up to Tom Kohler-Cadmore, who promptly picked out long off, before Dawid Malan bottom-edged Ackermann into his stumps.

Willey missed a slog-sweep and was leg before, Harry Brook skied a catch to the wide long-on boundary off Mulder, who had Jordan Thompson caught behind first ball.

At 124 for 7, Yorkshire’s chance had gone but it mattered little that Shadab Khan and Matthew Revis holed out to Ahmed as they slid to a 60-run defeat.

Ackermann, the Foxes’ captain, said: “We were very disappointed by the decision to deduct points, so in those circumstances I was proud of the professionalism the players showed today. We wanted to finish the season on a high in front of our home crowd and I’m really pleased with the victory but in saying that it is bitter sweet.

“I can’t really say whether it was a fair decision. Things happen on the field in the heat of the moment but it is what it is, the decision has been made and there’s nothing much more I can say about it. We found out at about 10 o’clock on Saturday evening and we were obviously gutted. But credit to the players for stepping up today in the way that they did for what was effectively a dead rubber from our point of view.”