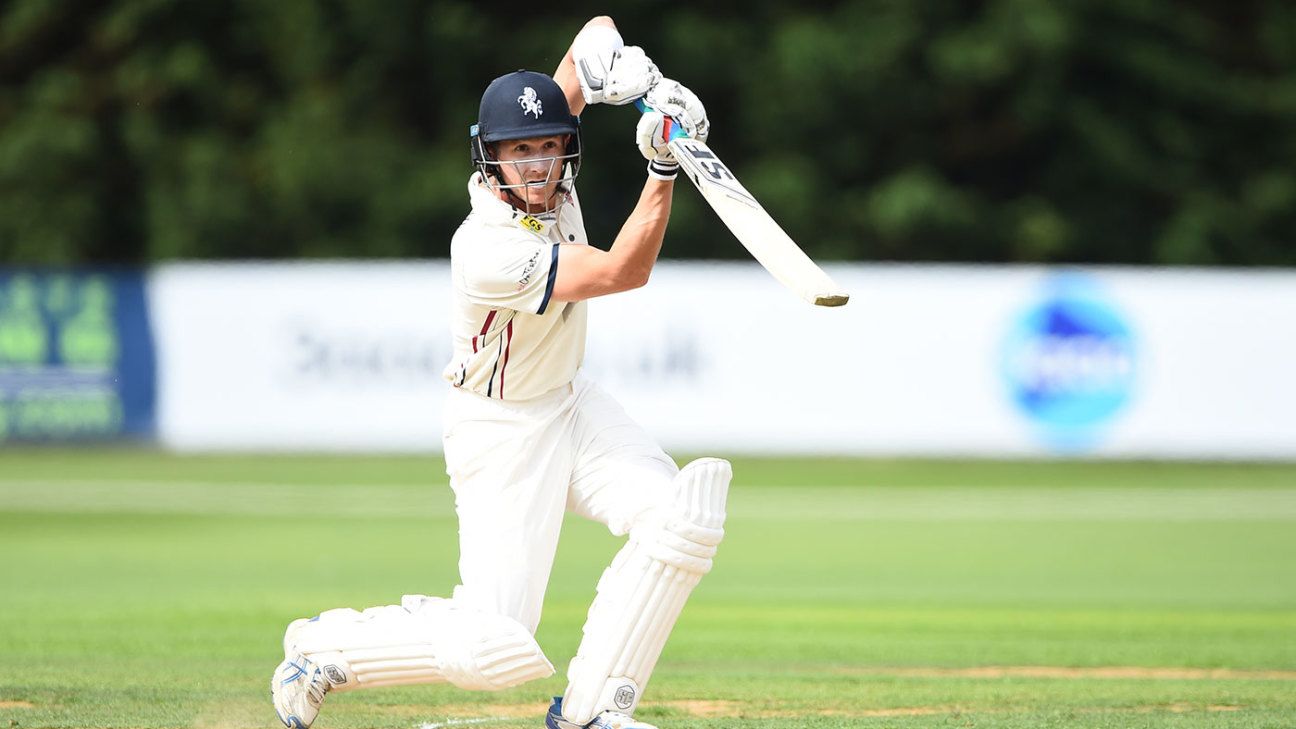 Kent shrugged off the loss of the first session to rain to advance their second innings to 384 for nine before declaring to leave the Bears a victory target of 325 with nine awkward overs to bat on the third evening.

Warwickshire reached 28 for two to set up a fascinating final day if the forecast rain stays away.

Denly’s accomplished 141 (269 balls) was his first championship century since 2019 and was well supported by Jordan Cox (79, 159 balls). The pair added 196 in 56 overs, a Kent fifth-wicket record against Warwickshire, surpassing the 182 by Jack Mason and William Rashleigh at Catford in 1899.

It was a bitter-sweet day for the descendants of Mason and Rashleigh. They will no doubt feel wistful at the loss of their beloved relations’ record, but no doubt also some joy that the partnership which displaced it has levered Kent into a potentially winning position in such a crucial match.

After rain washed out the morning session, the visitors resumed on 198 for four and Denly and Cox advanced in unhurried fashion. Cox passed 50 in 96 balls and Denly reached his century in 183 as Warwickshire’s depleted attack plugged away with defensive fields and diminishing assistance from the pitch.

There was little that home captain Will Rhodes could to except rotate an attack in which, as has been the case for much of the season, Olly Hannon-Dalby towered above the rest – and not just because he is 6ft 8in tall.

Denly and Cox batted throughout the afternoon and into the evening. They had just consigned Mason and Rashleigh’s Catford masterclass to history when Cox chipped Danny Briggs to short extra.

Denly then edged the persevering Craig Miles to slip before Matt Henry smote three sixes, taking his match tally to 60 from 44 balls, to expedite the declaration.

Warwickshire’s openers went out for nine overs with very little to gain and everything to lose and Kent took just 12 balls to strike. Alex Davies edged a lifter from Navdeep Saini to wicketkeeper Sam Billings and the visitors, their tails well and truly up, delivered another big blow in the last over when Henry trapped Chris Benjamin lbw.

All results remain possible but Kent, their pace attack galvanised by the arrival of Henry and Saini, will strongly fancy their chances if an ominous weather forecast proves faulty.