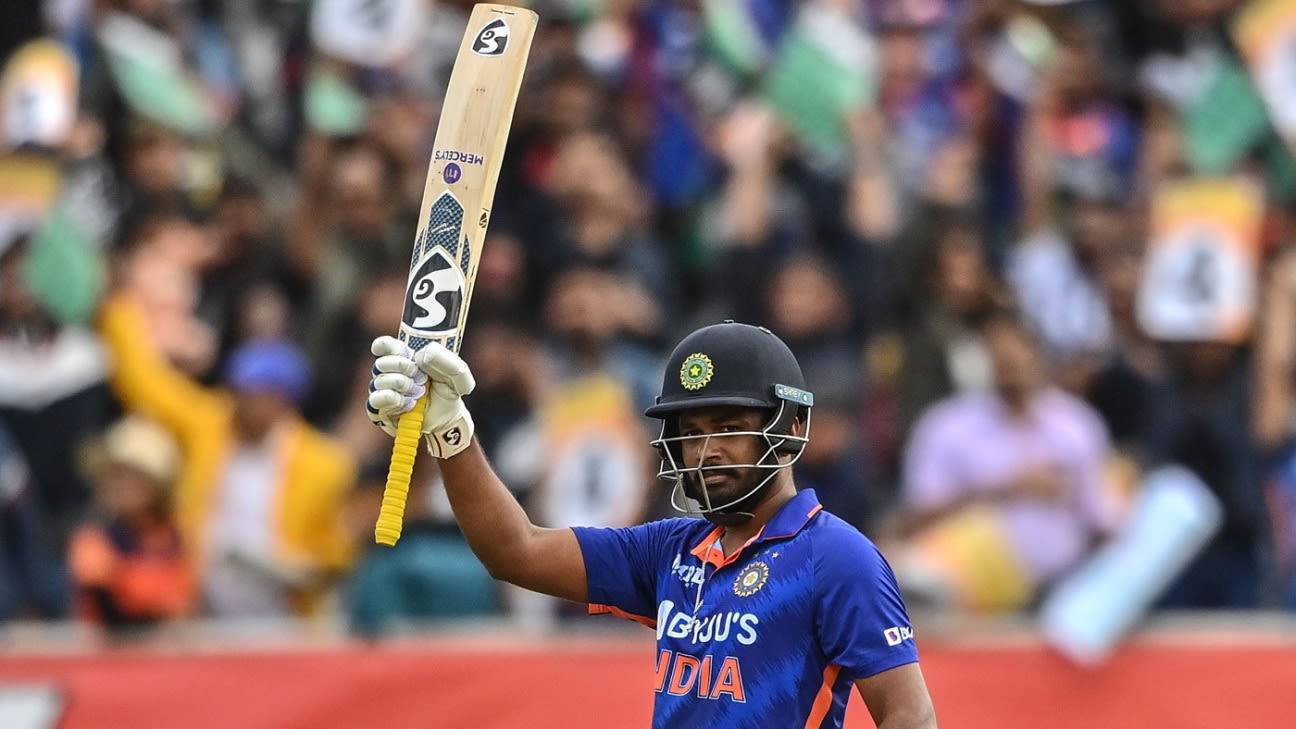 West Indies captain Nicholas Pooran won the toss and opted to bowl first in the first of three ODIs against India in Port-of-Spain. The early-morning rain and overcast weather played a part in the decision, he said.

Jason Holder, who returned to the squad after resting against Bangladesh, was ruled out with Covid-19, while Kyle Mayers made a comeback to the XI after missing the final match against Bangladesh earlier this month. Romario Shepherd was picked in the XI ahead of Keemo Paul.

Shikhar Dhawan, India’s seventh captain across formats this year, said he would have preferred to chase with the possibility of rain and the “sticky wicket” in mind. Axar Patel made the XI in place of designated vice-captain Ravindra Jadeja, who “sustained an injury to his right knee and has been ruled out of the first two ODIs”, as per a BCCI release.

Shubman Gill was slated to partner Dhawan at the top of the order, making the cut ahead of Ishan Kishan and Ruturaj Gaikwad. Shardul Thakur made the side as one of three seamers alongside Mohammed Siraj and Prasidh Krishna.