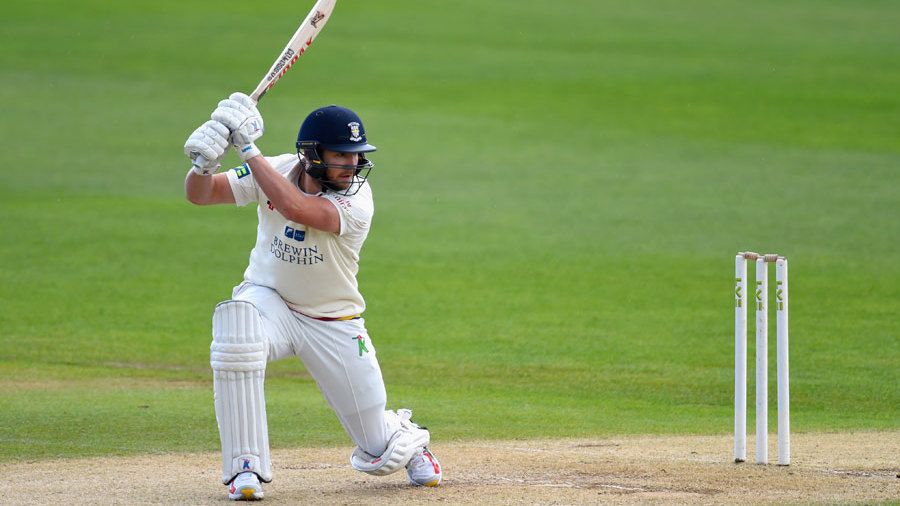 The floodlights were on at the start of play today but only meteorologists would have called the morning autumnal. Although leaves on trees close to traffic lights or busy junctions have been exhausted to crisp death, most of the others remain green in the suburbs this September. It was shirt-sleeve order in MCC’s pavilion yesterday and London retains the lingering sense of summer that Clarissa Dalloway recognised nearly a century ago: “The King and Queen were at the palace. And everywhere, though it was still so early, there was a beating, a stirring of galloping ponies, tapping of cricket bats; Lord’s, Ascot, Ranelagh and all the rest of it; wrapped in the soft mesh of the grey-blue morning air…”

By noon, though, we were taking an early luncheon and the light rain may have come as a relief to Glamorgan who had neither taken a wicket nor looked like doing so. The obstacles blocking their path towards bowling bonus points and parity in the game were all too predictable. Mark Stoneman and John Simpson had scored 1501 first-class runs this season before this match began and their 134-run stand for the fifth wicket earned Middlesex a first-innings lead whose final size has yet to be determined. And after that early lunch, the umpires also opted for an early tea when bad light and then rain returned just before four o’clock.

So it was Stoneman’s day and certainly the first session had reminded us how well-organised a player he is and how many productive strokes he possesses without having recourse to his muscly thumps to leg or his iron-wristed cuts past point. By contrast, there was something damagingly soporific about the opener’s batting this morning; he didn’t destroy David Lloyd’s attack or smack boundaries to all parts. He merely went about his professional business so efficiently that by at lunchtime he was on 96 and Middlesex’s deficit was 30.

This pattern changed a little in the afternoon session, although Stoneman would insist that he was simply responding to the balls he’d received. Soon after reaching his third century of the season he took three fours in an over off James Harris: a squeeze past the slips, a pull and a cut. Simpson took up the theme with a couple of boundaries off Michael Hogan before reaching his own fifty off 109 balls. Then two overs later, Stoneman was gone for 128 when fishing limply at a ball outside off stump from Ajaz Patel.

Nevertheless, as he stomped off unhappily – another good sign – one was reminded that he might be one of the ex-England openers in the county game with a chance of returning to the Test team. There is, of course, so much competition that one wouldn’t be astonished to hear that the group hold self-help meetings in which they share their experiences and their woes: “My name is Haseeb and I opened for England.”

As it stands, Rory Burns, Ben Duckett, Haseeb Hameed, Keaton Jennings, Adam Lyth, Jason Roy, Sam Robson and Dom Sibley are all playing county cricket and each of them probably nurtures hopes of receiving that call from Brendon McCullum. So long is the list that Chris Dent is entitled to wonder who he’s upset. There have been summers in which he would have let no-one down.

After much umming and ahing and standing about, we got back on at 4.45 with a fond hope – it was more statistical calculation really – that we would play another 25 overs. It turned out to be as realistic as an NHS target. Simpson and Higgins tucked into some loose stuff from the spinners before Lloyd took the new ball and the rain returned just after five. Before long, the umpires had given the day up as a bad job.

Not for Simpson, of course. His fidgets have become mannerisms and they are barely separable from his cover-drives, his firm persuasions through midwicket or his extraordinary value to Middlesex’s cricket for a dozen summers. He is unbeaten on 72 and he will resume his 60-run partnership with Higgins, secure in the plain assurance that his team is winning a game that should go far towards deciding the second promotion place.

They are not winning by much, though, and not irrecoverably, but a lead of 72 and five wickets to fall still suggests a match-shaping advantage. And suddenly one was beguiled by the simple prospect of watching 104 overs tomorrow; 624 tiny segments of action that should make up a full day’s cricket. That is an end-of-season reflection, of course; every defensive prod, every smart stop is suddenly precious. Maybe it is autumn, after all.

Paul Edwards is a freelance cricket writer. He has written for the Times, ESPNcricinfo, Wisden, Southport Visiter and other publications