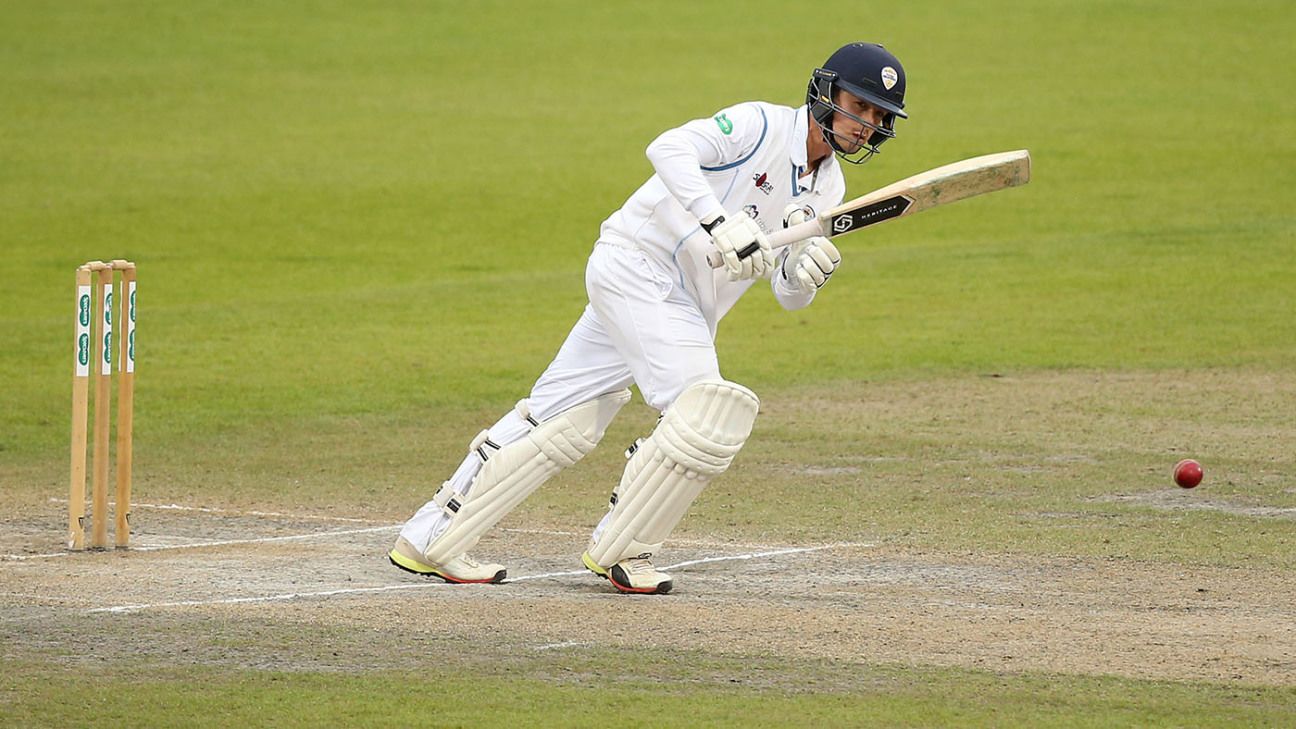 Leus du Plooy enjoyed another good day at Durham’s expense as Derbyshire recovered in the LV=Insurance County Championship match at the Incora County Ground.
The Division Two promotion hopefuls were struggling at 58 for 4 but du Plooy followed his two centuries in the game at Chester-le Street in July with 82 from 123 balls. Harry Came scored a career-best 78, sharing a stand of 143 in 32 overs with du Plooy before Anuj Dal added 56 as Derbyshire were bowled out for 306, Chris Rushworth and Ben Raine both taking three wickets.

Durham’s decision to bowl on a well-grassed pitch looked a good one when Rushworth and Raine reduced Derbyshire to 31 for 3. Luis Reece went to the second ball of the match when he edged Rushworth into the gloves of Tom Mackintosh and Billy Godleman’s poor season in the Championship continued when he played on driving at Raine in the next over.

Brooke Guest again looked the part at No. 3, showing good judgement in challenging conditions but Derbyshire lost another big wicket in Rushworth’s sixth over. Wayne Madsen had to play at a ball that seamed away and was caught behind for 9 and Guest, who scored a hundred at Chester-le-Street in July, was also the victim of a good delivery.

Guest drove Rushworth down the ground for four and, with du Plooy, was starting to rebuild the innings when Raine nipped one away to take his off stump.

Another wicket before lunch would have plunged Derbyshire into deep trouble but Came and du Plooy negotiated nine overs and batting became increasingly easier in the afternoon.

The inevitable change of ball came after 40 overs but Durham probably wished they had stuck with the old one as du Plooy drove the first delivery from Raine back past the bowler for his ninth four to reach 50 from 73 balls. He took three more fours from the over and with Durham’s bowlers failing to maintain the consistency they showed in the morning, du Plooy and Came played with increasing assurance.

Came scored his maiden first-class fifty at Trent Bridge earlier in the season and two sixes off Liam Trevaskis got him moving towards a second. He launched the left-arm spinner down the ground before dispatching a full toss over the ropes and with du Plooy punishing anything short or overpitched, the momentum swung towards Derbyshire.

The pair looked set to bat through the session when du Plooy aimed a loose forcing shot outside off stump at Trevaskis and was caught behind.

Durham’s bowlers could not apply any sustained pressure after tea and Came pulled Oliver Gibson for his fifth four to pass his previous best score of 70. But Gibson, who bowled at a lively pace, yorked him just before the second new ball which accounted for the tail although Dal completed another half-century to secure a third batting point before he was out in the last over of the day.