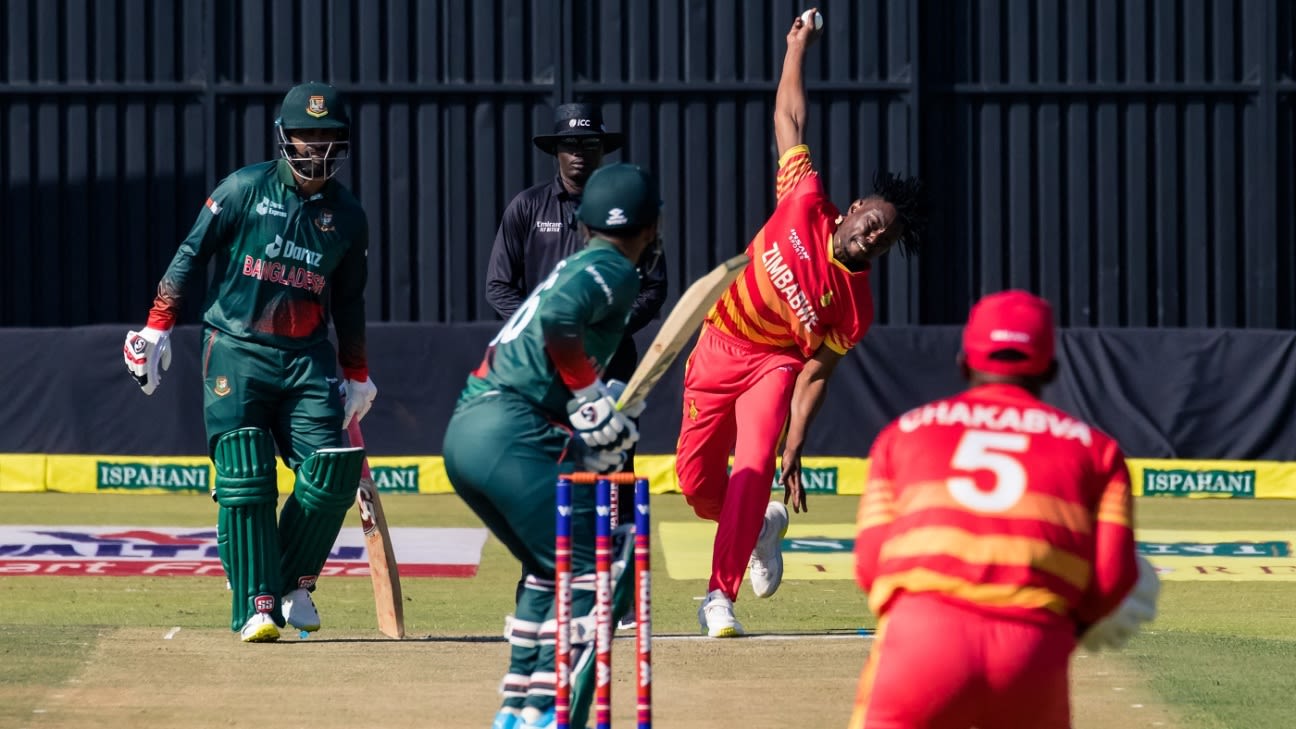 Zimbabwe captain Regis Chakabva decided to field after winning the toss against Bangladesh in the second ODI in Harare. While the home side’s good luck continues with the coin, having won all five tosses during this white-ball tour, opposition captain Tamim Iqbal said that he was happy to bat first on a used pitch, as it may slow down in the second half.
Bangladesh have made three changes by bringing in fast bowler Hasan Mahmud, opener Najmul Hossain Shanto and fingerspinner Taijul Islam, in place of the injured Mustafizur Rahman (soft tissue edema) and Litton Das (hamstring strain) and Mosaddek Hossain.

Among them, Chivanga was not in the original ODI squad named before the first game.

Mushfiqur Rahim and Shoriful Islam were passed fit despite suffering knocks in the first game. Bangladesh had already flown in Mohammad Naim and Ebadot Hossain as additions to the ODI side after Litton was ruled out of the tour.