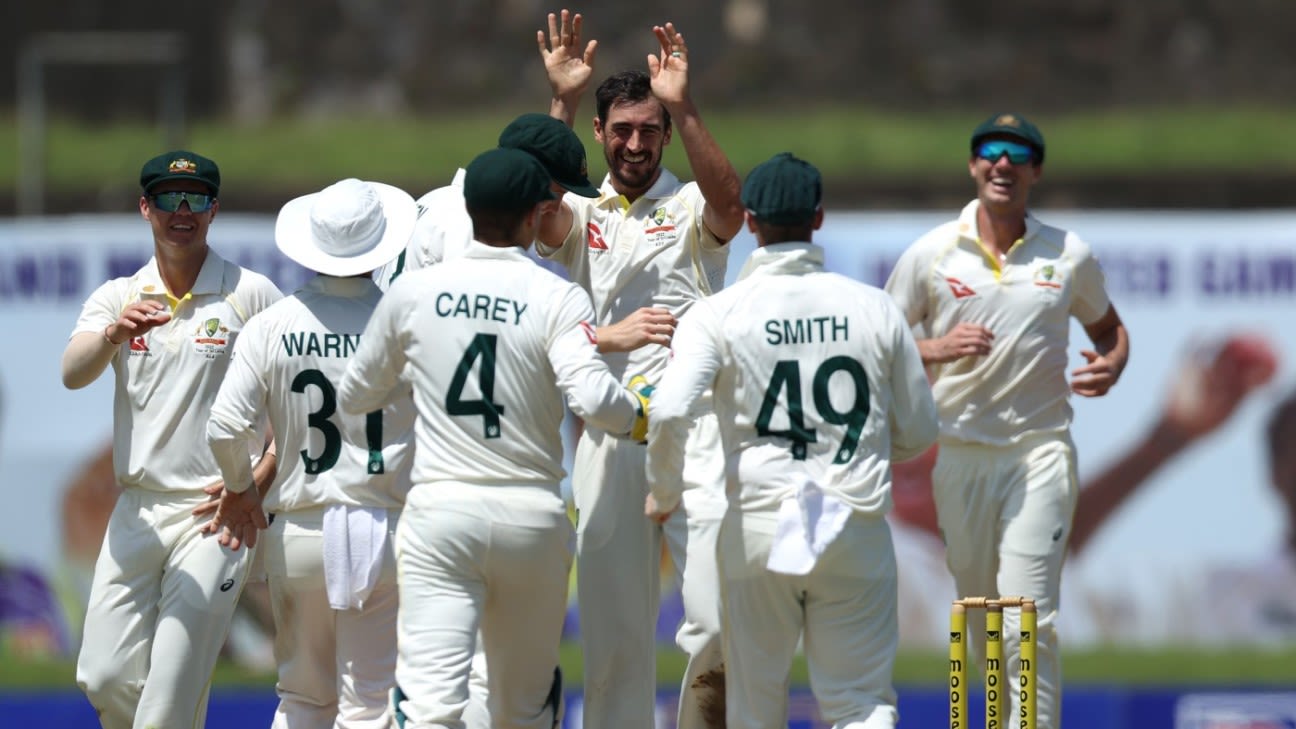 Australia have decided against altering the balance of their side with Mitchell Starc retaining his place for the second Test in Galle, meaning a comeback for Glenn Maxwell will have to wait, but Sri Lanka have handed out three debuts including allrounder Kamindu Mendis who is an ambidextrous bowler.

Australia were also able to bat first when Pat Cummins won the toss which should be a considerable advantage, although Sri Lanka could not make it count in the opening match.

Cummins had floated the possibility of including Maxwell at No. 8, but a final look at the pitch on Friday morning persuaded Australia to retain two frontline quicks as well as Cameron Green, while the spin will be in the hands of Nathan Lyon and Mitchell Swepson with Travis Head and Marnus Labuschagne for support.

Sri Lanka breathed a sigh of relief last night when their final round of Covid-19 tests came back negative meaning the outbreak in the squad remains at five.

Dhananjaya de Silva, Asitha Fernando and Jeffrey Vandersay have been ruled out after testing positive while left-arm spinner Lasith Embuldeniya had already been dropped.

Kamindu, who has played seven ODIs and five T20Is, replaces Dhananjaya in the middle order while Maheesh Theekshana, who has only played three first-class matches back in 2018, also earns his first cap alongside left-arm spinner Prabath Jayasuriya. The latter got the nod over 19-year-old Dunith Wellalage because of his first-class experience.

A recall for Kasun Rajitha in place of Asitha completes Sri Lanka’s changes. Angelo Mathews has been able to take his place in the middle order after completing his Covid-19 isolation period, having been subbed out of the first Test when he was the initial positive case.