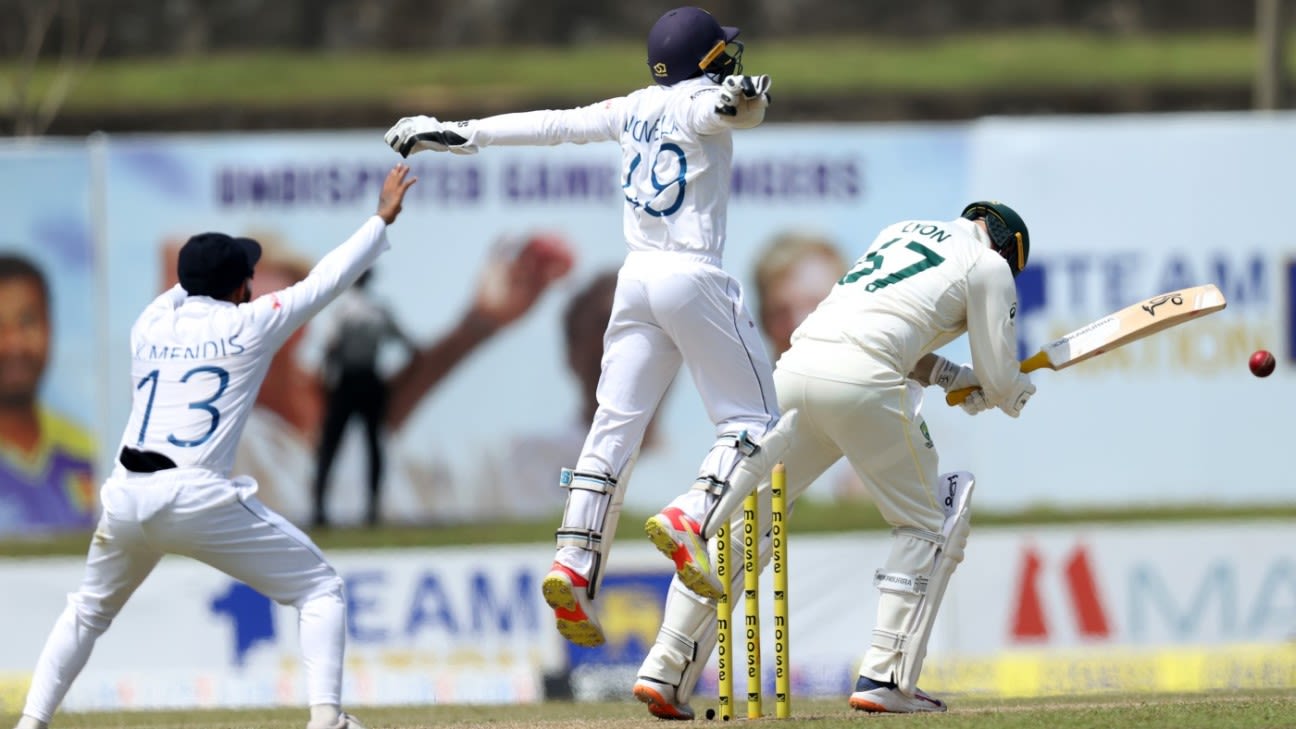 Left-arm spinner Prabath Jayasuriya took 6 for 118 on his Test debut to lead a Sri Lanka fightback on the second morning in Galle as Australia lost their last five wickets for 35 with Steven Smith left unbeaten on 145.

The second morning’s play took place against the backdrop of major anti-government protests at the ongoing economic crisis in the country. Protesters were prevented from travelling to Colombo as the government blocked public transport and fuel sales.

Crowds quickly swelled and marched around the stadium before making their way on the iconic Galle Fort which had been closed to everyone on Friday following the forced removal of protesters during the opening Test. By the lunch interval, the majority of the protest had relocated outside the gates of the ground.

Australia had resumed on 298 for 5 and initially, it appeared they were tracking well towards 400 as Smith and Alex Carey extended their partnership to 77. However, that changed when Carey top-edged a reverse sweep to be taken deep on the off side and none of the lower order could stay with Smith for a substantial amount of time.

That was soon followed by a superb catch at slip by Kusal Mendis to remove Mitchell Starc, after an outside edge flew very quickly, which gave Jayasuriya his fifth wicket.

Kasun Rajitha then chipped in by trapping Pat Cummins lbw, although it required the DRS after the decision was given not out on field by Michael Gough, and Nathan Lyon was also caught in front by one which went straight from Jayasuriya. In the end, Jayasuriya’s figures sat as the second-best for Sri Lanka on Test debut, behind fellow left-arm Praveen Jayawickrama’s 6 for 92 against Bangladesh last year.

Smith largely tried to farm the strike with No. 11 Mitchell Swepson for company but Sri Lanka were able to end things before it became too frustrating. The final wicket went to another debutant, Maheesh Theekshana, who opened his account by removing Swepson lbw when there was one ball of the over to survive.