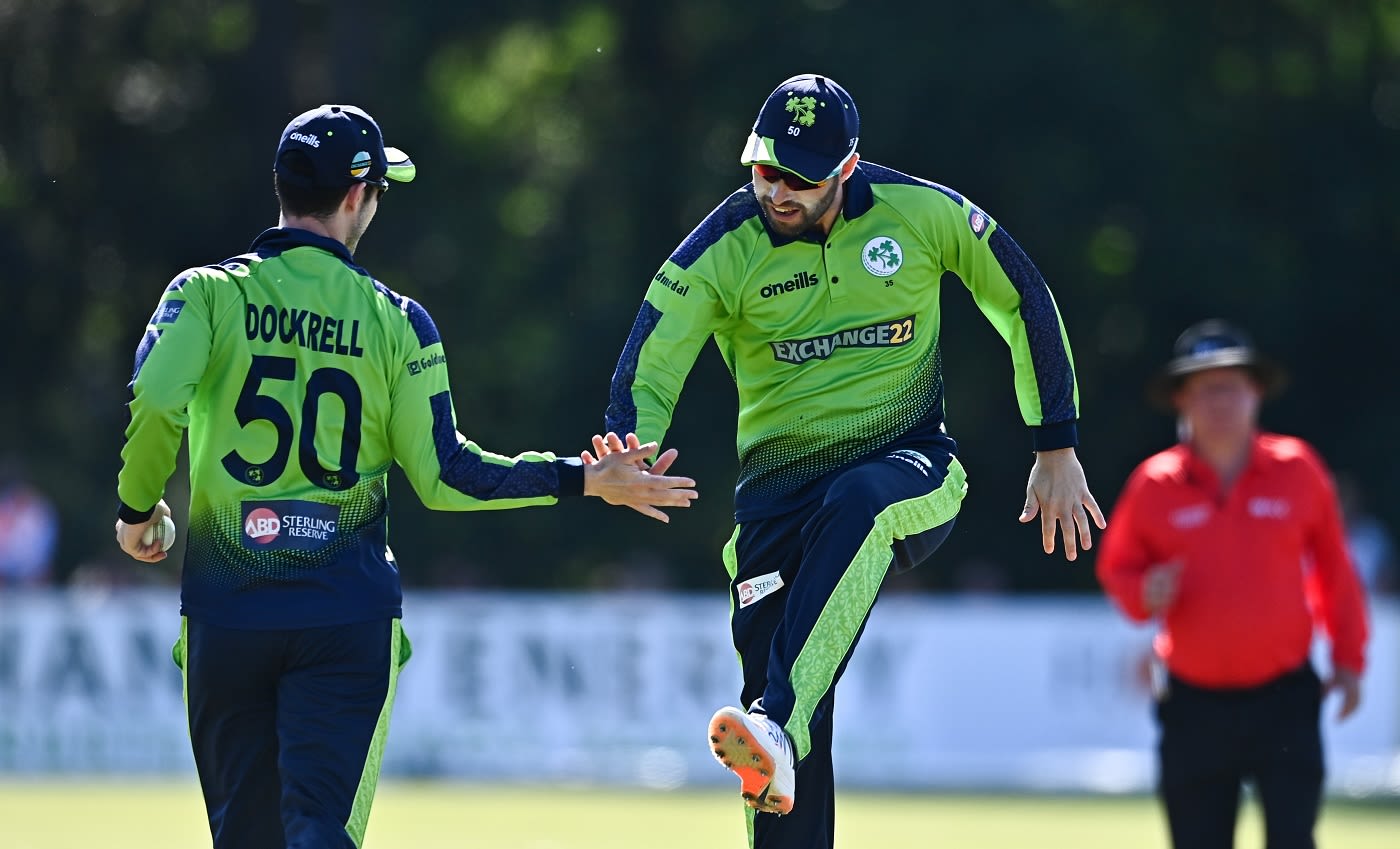 Ireland captain Andy Balbirnie won the toss and elected to bowl first in the third T20I on a fresh pitch in Belfast in a bid to seal the series against Afghanistan.

The hosts opted for a seam-heavy attack, making a couple of changes in their line-up. They handed a T20I debut to right-arm quick Graham Hume and an international debut to fast-bowling allrounder Fionn Hand, while offspinner Andy McBrine and fast bowler Barry McCarthy sat out.
Afghanistan brought in opening batter Hazratullah Zazai, who has recovered from illness, with Hashmatullah Shahidi making way.
Ireland are currently leading the five-match T20I series 2-0. In the second T20I which happened on Thursday, Ireland quicks restricted the visitors to 122 for 8 before Balbirnie set up the chase with his 36-ball 46.