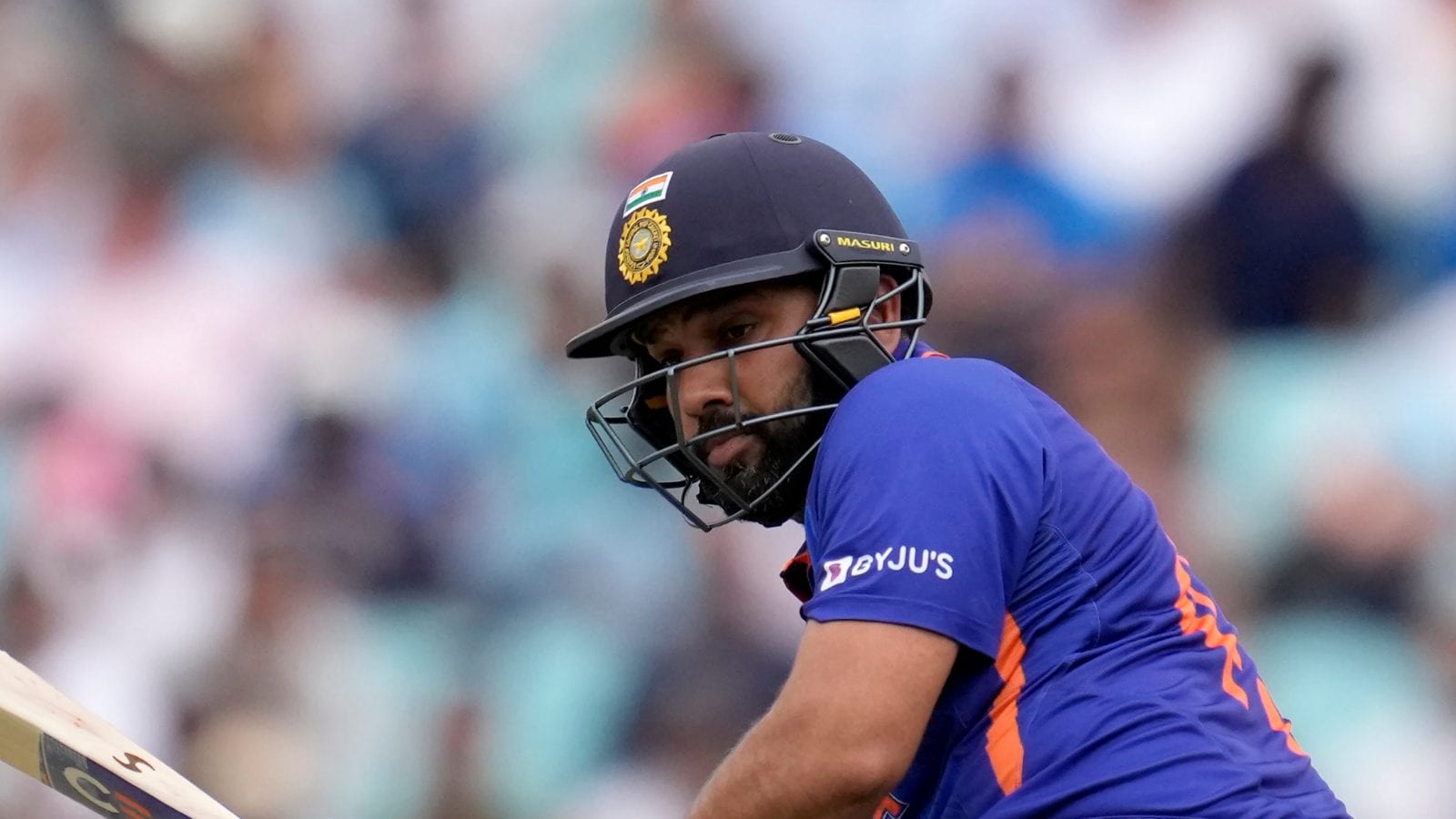 It may only be limited overs cricket. But the cost of Rohit Sharma’s absence in the Test series in South Africa last winter (due to injury) and in the Edgbaston Test against England last week (because of Covid) is becoming all too apparent.

The authority, calm and control the Indian captain brings to the team’s campaigns tend to inject a dramatic difference to the tourists.

After winning the Twenty20 series 2-1 on Sunday, the Indians on Tuesday humiliated England in the opening ODI of the three-match series. The visitors, after dismissing the home side for 110, did not lose a wicket before crossing the finishing line, in effect winning the game by 10 wickets. It stamped India’s superiority over England in no uncertain terms.

While in the modern era, the coach and colleagues are consulted on what a team should opt for if they win the toss, the onus of the eventual decision is on the skipper. Bat first and set a target was the mantra in the just concluded T20Is, which were played in the late afternoon and evening.

The first ODI was also a day-night affair. It was 32-degree Celsius, sunny and overcast, increasingly the latter. The pitch had pace and the dry grass on it bound it rather than aided any untoward seam movement.

In hindsight, it is easy for pundits to say that it was a no brainer to bowl first. But the ease with which Jonny Bairstow and Joe Root (both were back in the England XI for this match) blunted the Indian quick bowlers at Edgbaston, the psychological advantage rested with the hosts. Besides, in the past seven years, England have been more potent in white ball cricket than in the red ball format, including winning the World Cup in 2019.

Sharma’s faith in his faster bowlers was not misplaced. In the muggy conditions caused by the heatwave sweeping England, they swung the ball disconcertingly. Statistics compiled on SKY’s coverage revealed the white ball has never swung more at The Kia Oval (venue of the match). It surpassed past records to bend on an average by 1.29 degrees. This, considering the fact that none of the exponents in the Indian XI is a classical swing bowler, emphasised how much the natural atmosphere plays a part in the sport.

Jasprit Bumrah, relieved of the onerous task of stand-in captain, was phenomenal with figures of 6/19.

There is no animated behaviour or sledging in Sharma’s leadership. But there oozes an inner steel in the Mumbai cricketer. He was misguided in his media reaction to the likes of the well-meaning Kapil Dev calling for introspection over Virat Kohli (injured and therefore rested in this game). This was most uncharacteristic of Sharma, who, under Kohli, was the PR face of Team India.

But as the Delhi star’s successor, he walks a tightrope about his obviously declining predecessor, who has been one of the great batsmen of his generation. You are damned if you defend him, damned if you don’t.

The aerial environment was almost identical when India batted. But the experience of Sharma and Shikhar Dhawan shone through. Neither was at his best, especially the left-hander. But with the ask so modest, they were unhurried, though not snail-paced. Sharma’s unbeaten 76 off 58 balls said it all.

Continuing dry surfaces as the hot weather intensifies could bring spinners into prominence in the next ODI at Lord’s on Thursday.