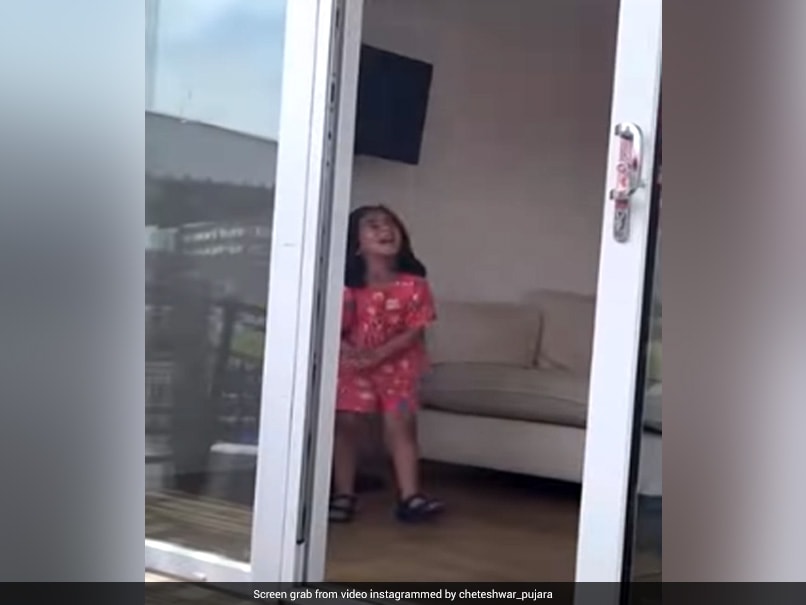 Cheteshwar Pujara is enjoying a superb outing at the ongoing Royal London One-Day Cup. He scored a 79-ball 107 with the help of 7 fours and 2 sixes on August 12 for Sussex and followed it with a 174-run knock that came off 131 balls on Sunday. He hit 20 fours and 5 sixes during his most recent knock. While Pujara is taking his game to another level with back-to-back consistent performances, his four-year-old daughter has also hogged limelight post his father’s most recent century.

After his 174-run knock, Pujara shared a video on social media which had the reaction of the crowd when the player was returning back to the dugout after getting dismissed in the match against Surrey on Sunday. Meanwhile, Pujara’s daughter was also seen in the video. The four-year-old kid was clapping in joy post her father’s performance.