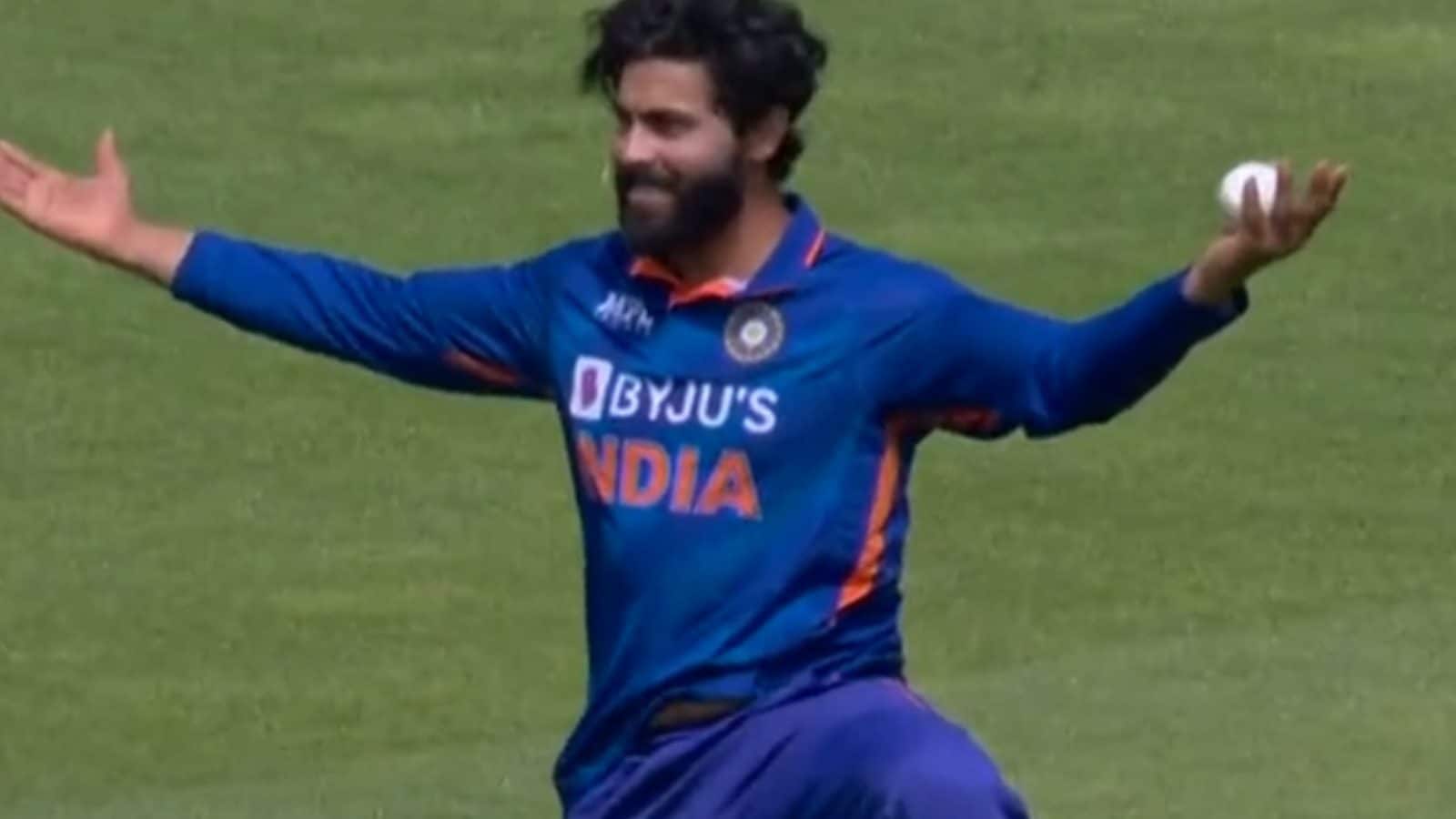 In what could be a major blow, India’s vice captain for the three match ODI series Ravindra Jadeja might be ruled out of the entire series. According to a report in ‘Cricbuzz,’ Jadeja has a niggle on his knee and his inclusion for the series opener may be subject to a clearance from the medical team. India will begin their Windies tour with a three-match ODI series which kicks off in Port of Spain, Trinidad with the first ODI, Shikhar Dhawan was named the skipper and Jadeja his deputy.

The report states that BCCI officials are in the know and considering naming a deputy for Dhawan. If that doesn’t pan out, head coach Rahul Dravid will close in on a name hours before the game. The other seniors in the ODI squad are Shardul Thakur and Yuzvendra Chahal.

“Cricbuzz has learnt that Jadeja, named vice-captain for the three-match ODI series, has a niggle on his knee and the medical advice being sought to determine the extent of seriousness of his injury. Shikhar Dhawan, as is well known, is the skipper,” the report said.

“Sources within the Board of Control for Cricket in India (BCCI) have revealed that there is a chance that Jadeja (33), the star all-rounder of the team, could be rested for the entire ODI series, the decision hinging on the precaution to not aggravate his injury, supposedly on his left knee,” it added further.

The report also said that Jadeja, in all likelihood, recover in time to play the five match T20I series.

“Sources further said the allrounder could be fit for the five-match T20I series that follow the three ODIs.”

Furthermore, this news comes on the back of KL Rahul getting positive for Covd-19 as earlier BCCI President Sourav Ganguly confirmed the same.  This means KL Rahul is likely to be ruled out of the upcoming five-match T20 series against the West Indies, starting July 29 at Tarouba.

Rahul on Thursday itself had addressed the candidates, who attended the Level-3 coach certification course at National Cricket Academy in Bengaluru.

Rahul, who underwent a hernia operation in Germany recently, was rested for the ODI series against the West Indies starting Friday at Port of Spain.

Ganguly also informed that a member of the Commonwealth Games-bound India women’s team was also down with COVID-19. He, however, did not disclose the name of the player.