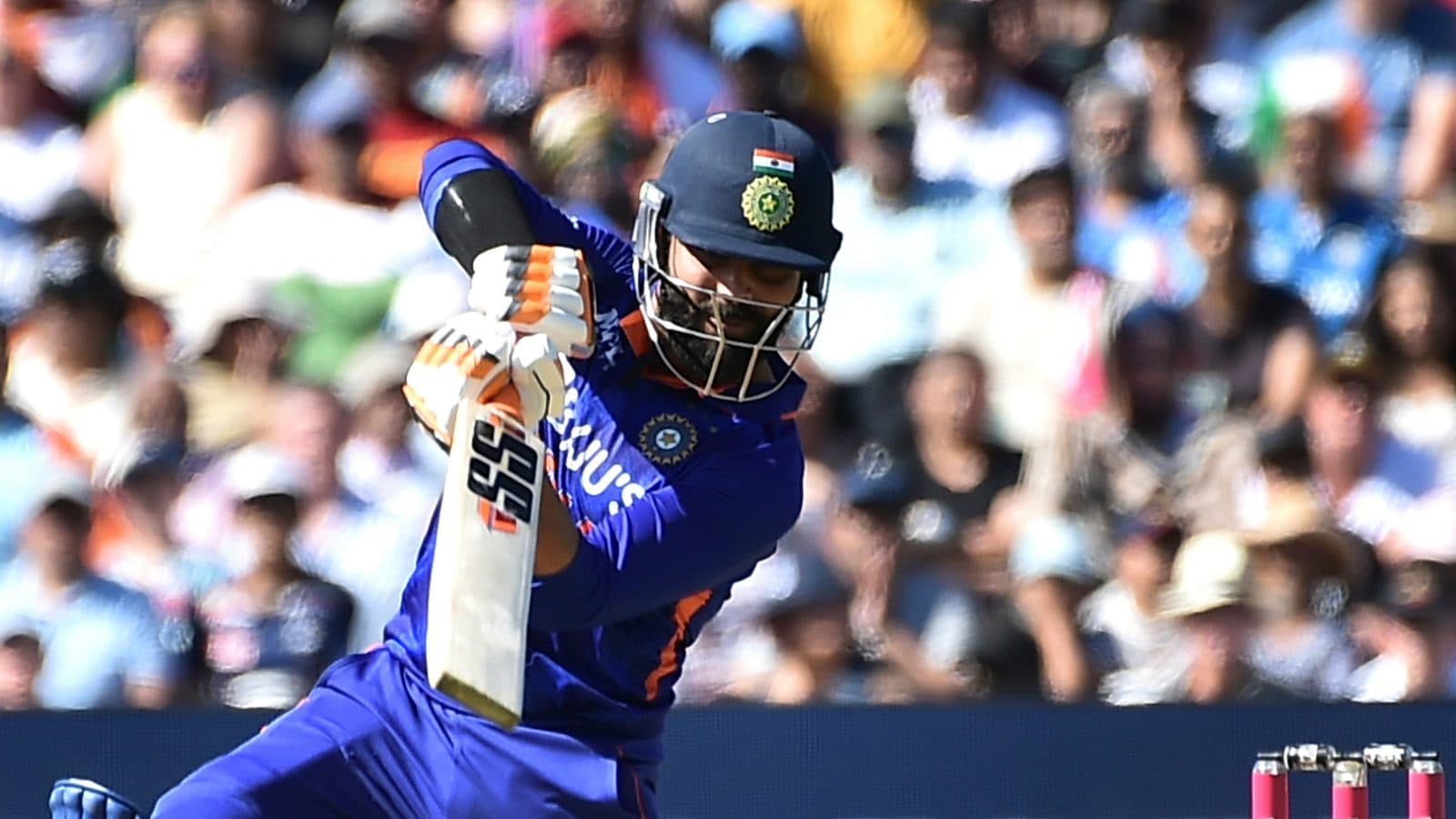 Team India outplayed hosts England once again to register a thumping — win in the second T20I to take an unassailable 2-0 lead in the three-match series. Ravindra Jadeja was the standout performer with bat for India with his valiant 46*-run knock which helped them post a challenging 170/8 in front of England. At innings break, it seemed like a below-par score with 10-20 runs short but the Indian bowlers put up a collective performance to outclass the hosts.

Chasing the 171-run target, England were bundled out for 121 in 17 overs. Bhuvneshwar Kumar was the pick of the bowlers with three wickets.

England started the chase on a low note as Bhuvneshwar got rid of opener Jason Roy on the first ball of the innings. The veteran pacer produced a peach of a delivery to dismiss Roy for a golden duck. Defending the 171-run target, Bhuvneshwar was given the ball to bowl the first over and he straightaway bowled an outswinger which was too good for the English opener who edged it to Rohit Sharma at the first slip.

The Indian captain didn’t make any mistake while grabbing a tricky catch which was flying away from him.

Later, Bhuvneshwar also got the better of England’s captain Jos Buttler for the second time in a row this series. This time he forced him to edge the ball behind the stumps where Rishabh Pant took a fine catch. The umpire gave it not out but Bhuvneshwar alongside Virat Kohli managed to convince Rohit to take the review which worked in India’s favour in the end.

Liam Livingstone hit a couple of boundaries to counter-attack Indian bowlers but Bumrah with an absolute peach castled him on 15. It was a slower one from Bumrah which swung back in as Livingstone had a smile on his face after getting bowled.

England kept losing wickets at regular wickets as Moeen Ali was highest score for his side with a fighting 35-run knock but he didn’t get support from the other end. Meanwhile, David Willey remained unbeaten on 33.

Apart from Bhuvneshwar, Bumrah and Chahal claimed two-wicket each.

Earlier, Jadeja accelerated at the right moment to help India post a fighting total as his knock was laced with five fours. It looked distant at one stage when the Indian team was reduced to 89 for five, just after the halfway mark and the batting collapse certainly impeded the side’s progress as it was at least 20 runs short of par-score.

Skipper Rohit Sharma (31 off 20 balls) had a new opening partner in Rishabh Pant (26 off 15 balls) and they struck the right chord with attractive shots in the powerplay overs which has been the T20 team’s mantra.

However, debutant Richard Gleeson (3/15 in 4 overs) and seasoned Chris Jordan (4/27 in 4 overs) both bowled fast and straight while slipping in well-disguised short balls that created trouble for the Indian batters.

It was a dream debut for Gleeson with the ball as he dismissed Rohit in his first over and then got the better of Virat Kohli and Pant in his second on back-to-back deliveries. Kohli was dismissed on just 1 as Dawid Malan took a fine catch after covering a good 10-12 yards backwards.