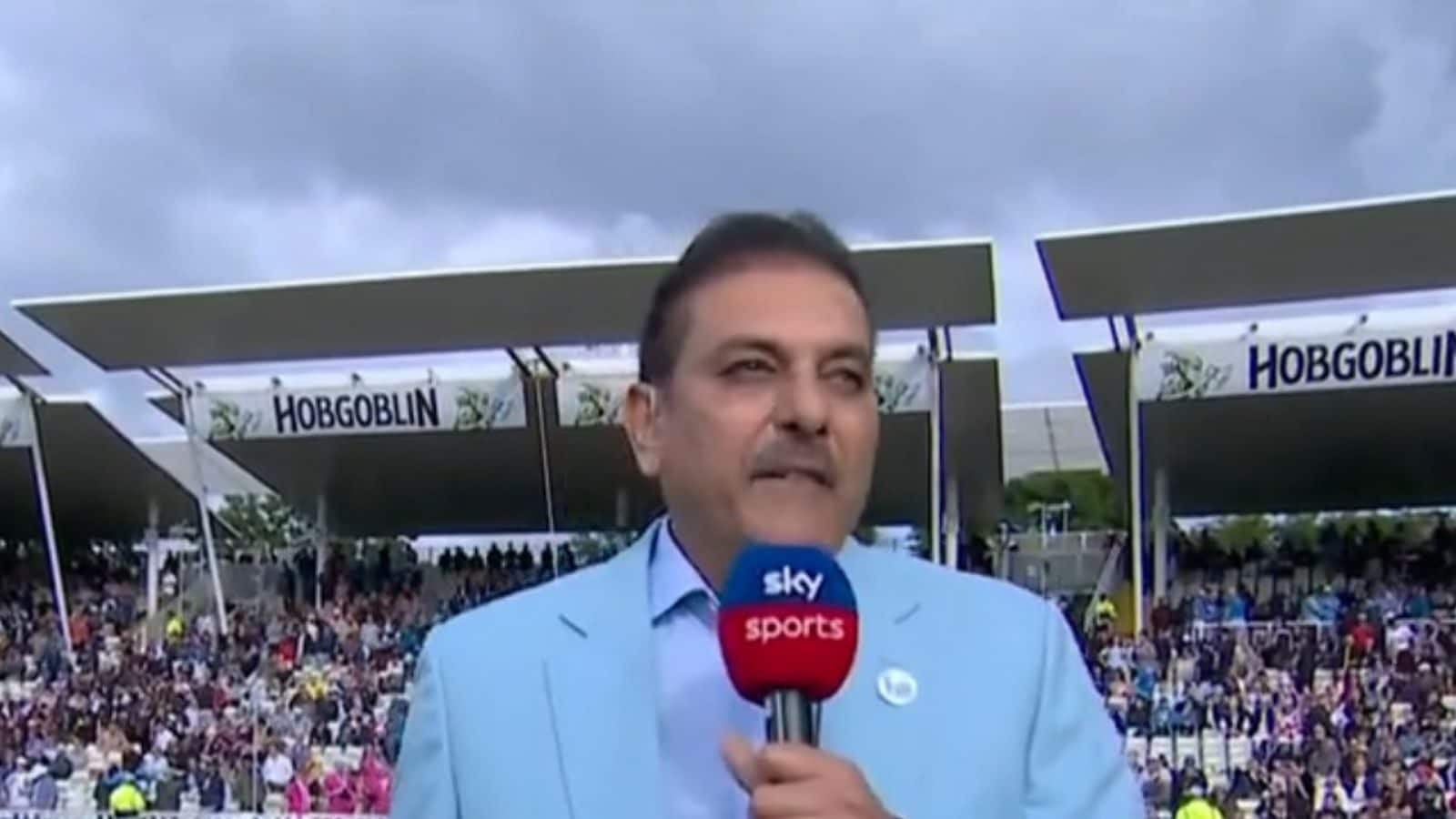 He is the first one to reach Edgbaston cricket ground before the Indian cricket team arrives every day during the Test match and leaves nearly an hour later after the Indian team’s departure to the hotel. His work schedule is no less than the national cricket team touring in England. His fan following remains intact, too. Of course, he is now more accessible to the fans and media and there is a broader smile on his face, most of the time. Welcome to Ravi Shastri’s home of cricket for this summer in England. Meeting former India coach on the sidelines of the ongoing match at different locations is fun. Observing him from a closer distance is a refreshing experience. From the VIP entry gate number 3 to his walk around the stadium to get on his SKY sports car or chatting over a cup of coffee on India’s political situations. His booming voice and his sharp observations have made him extremely popular not only among Indian fans but also among seasoned British observers as well.

One just couldn’t resist asking the 60-year-old whether life has changed since he quit the Indian head coach job almost 9 months back?

“Life is definitely easier in the commentary box (than coaching the Indian cricket team),” pat came the reply in complete honesty.  “It is fairly a relaxed job now but to be honest I have been richer by the experience (India coaching stint). The seven-year stint has been a huge experience for me,” said Shastri during the lunch break on the third day of this ongoing match to this writer.

Over the last week wherever this writer has seen Shastri interacting with the local Indian or English fans, there is one common question. This is some sort of unfinished business for him. Last year, he was in England as head coach of the team which took a lead of 2-1, and is now on the verge of winning the first series on English soil since 2007. I also repeated the same question to the former India captain. How would he feel when India wins?

“It will be great if they win. That will be really nice,” says the former India coach. One could sense that the man who has been there with the Indian team in every big moment of the national team since the 1983 World Cup, whether as a player or a commentator or a coach or a manager was somehow destined to be in England in 2022 as well. It will be great if Jasprit Bumrah and Rahul Dravid can invite him after the post-match presentation when India wins the trophy!

Will he be going back to India once the series is over? “No yar, I am whole summer here in England as I have this contract with SKY for the whole summer. Doing all the matches of English summer which includes T20 Blast as well.” So, he won’t be traveling to West Indies for the next series? “The series is not on TV and it will be on FanCode and I will be doing commentary for them from here (England)”, said Shastri before walking back to his commentary box.

This writer is sitting with another veteran sports journalist from Maharashtra. This is tea time on the third day’s play in Birmingham. Shastri joins the table and starts chatting with us in his usual relaxed way. During the chat, I asked him-“Ravi bhai, aap social media pey active nahi ho? You are not too active on social media? He didn’t stop for a second and replied. “Arey yar, kiske pass itna time hai? It’s good that I don’t go much on those platforms. You don’t have to read all the replies. But yes, I do use it whenever I can,” says the former India all-rounder.

While he was saying this, incidentally at the same time on TV, one of his latest tweets was being displayed on the Skysports channel during the Live broadcast and Kevin Petersen was having a good laugh at it. We just couldn’t understand what it was all about. Shastri started laughing and said that’s why I don’t use social media much. “Dekh, KP kitna badmash hai. Usne ek photo lee sab commentators ki Nasser ka picture crop karke mere ko bhej diya. I posted it on Twitter and KP told Nasser that I deliberately removed his picture. He wanted to make a story to say that see there is a fight still going on with Ravi and Nasser!” he explained hilariously. We too just couldn’t stop laughing at the mischievous act by KP and Shastri rushed off to the commentary box saying that he is going to beat KP!

Whether he indeed managed to beat KP or not, I have not been able to confirm with him as yet but one thing is sure if India manages to beat the host in this final match of the five-match series, one can expect a big party from the former India coach as well. After all, there is something special in watching the desired results getting accomplished by one’s successors. At the end of the day, it is all about Indian cricket moving forward. And one can be sure, that Shastri couldn’t be happier for Dravid and his boys.