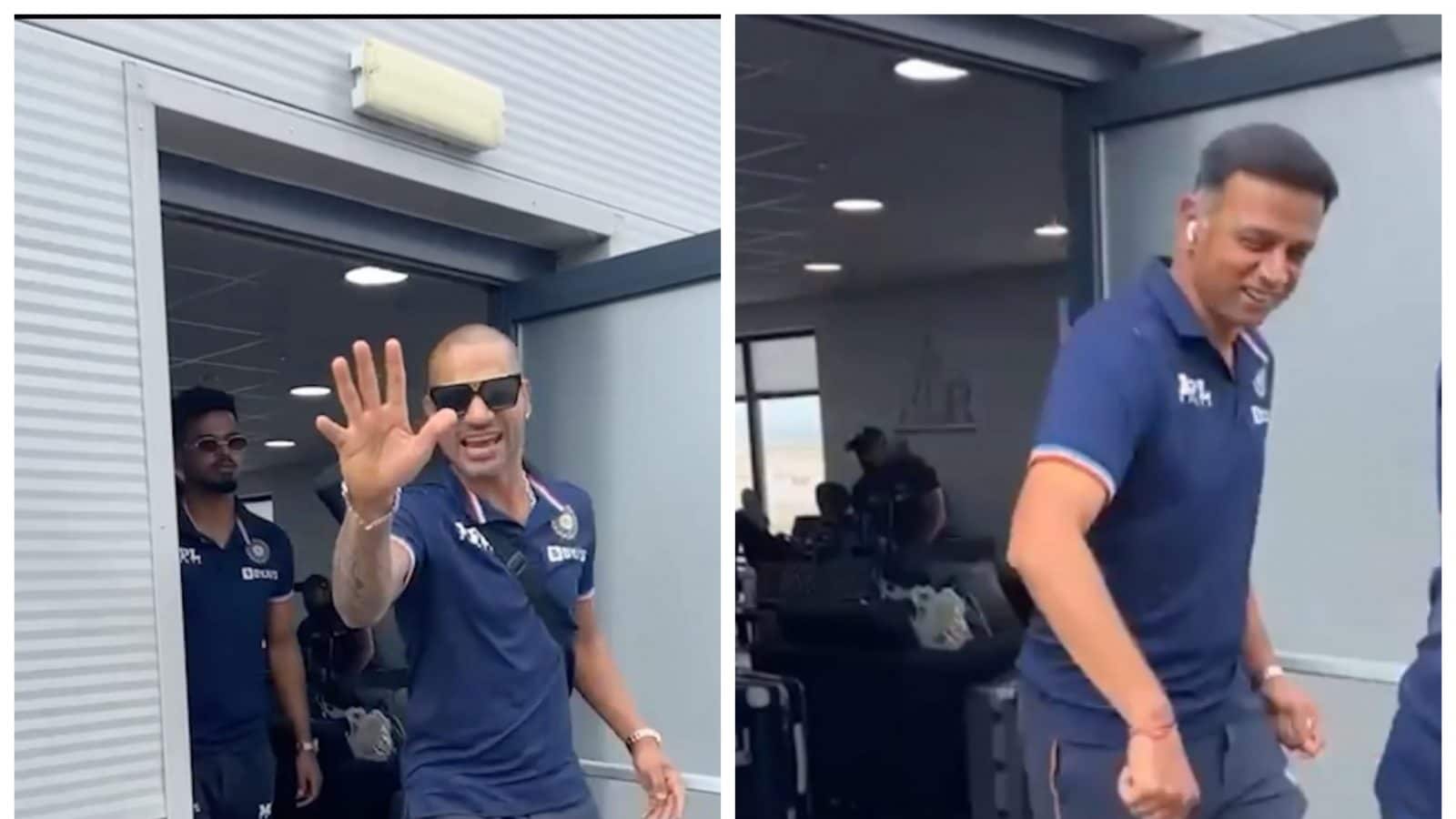 On or off the field, Shikhar Dhawan never fails to entertain. Be it his delightful drives and cuts for boundaries or his trademark kabaddi-style celebration after taking catches, the veteran India cricketer keeps the entertainment quotient high.

On Tuesday, he joined the viral ‘hey’ trend on social media platform Instagram and shared a reel in which several India cricketers make an appearance. The likes of Yuzvendra Chahal, Shubman Gill, Ishan Kishan, Shreyas Iyer, Mohammed Siraj and Ravindra Jadeja play their part to perfection.

However, the cameo from the legendary Rahul has delighted everyone. The current India head coach Dravid isn’t a big fan of social media and even though he has an official page on Facebook but that too is lying dormant since 2019.

However, Dhawan somehow convinced him to be a part of his post and Dravid, who was the last entry, seems to have been enjoying his role.

The Indian cricketers looked in a jolly mood thanks to them wrapping up a 2-1 ODI series win over England on Sunday. India’s short tour of England thus ended with the tourists winning the T20I series and ODI series with same scorline.

The tour though began with Rohit Sharma’s men losing the rescheduled Test at Edgbaston by seven wickets. However, in white-ball matches, they proved superior to Jos Buttler’s men.