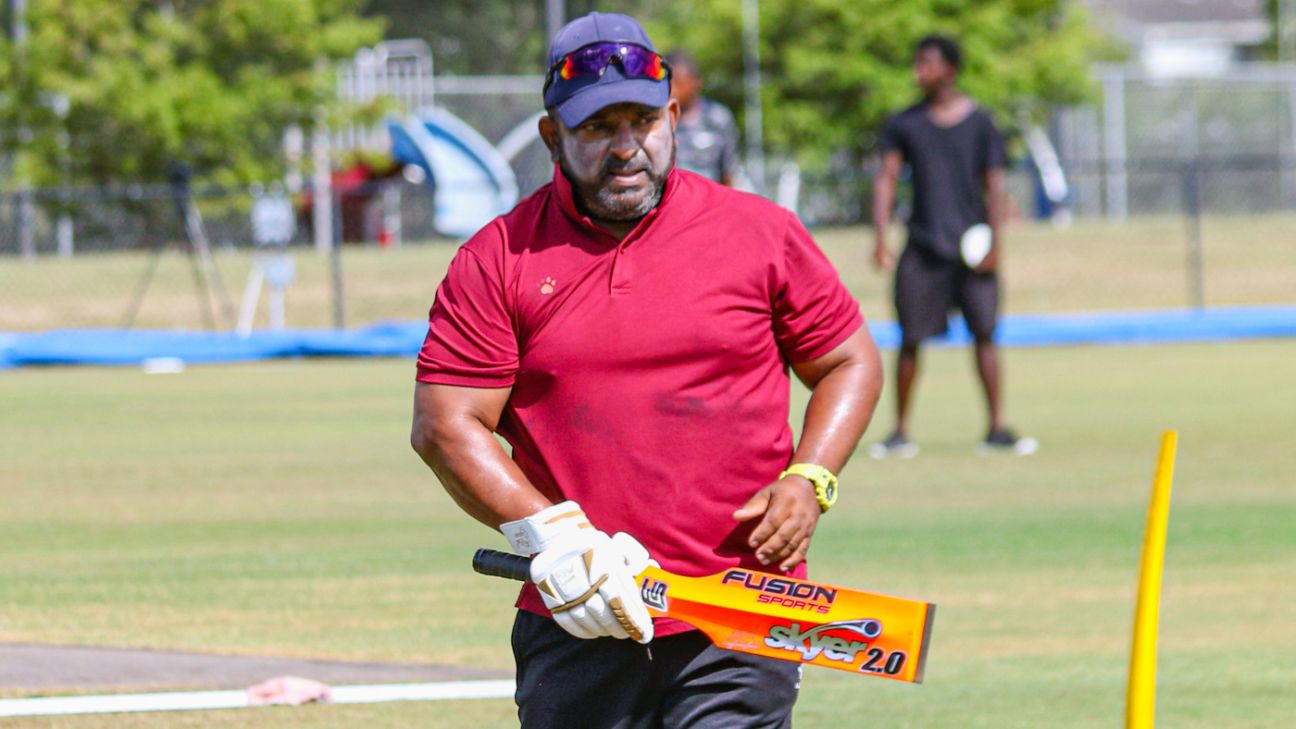 Pubudu Dassanayake has submitted his resignation as Nepal head coach citing “family reasons” with almost a year and a half left on his current contract in order to take up the same position with Canada. His contract with Canada will run until the end of 2023.

Dassanayake, 52, played Test cricket for Sri Lanka in the mid-1990s before migrating to Ontario in 2001. He eventually made his debut for Canada at the 2005 ICC Trophy in Ireland and helped them qualify for the 2007 World Cup. He went on to become the head coach of Canada for the first time from 2007 until the end of the 2011 World Cup, Canada’s last appearance in the 50-over ICC showpiece event, before taking up the Nepal head coach job for the first time, in 2011. He held the job until 2015, leading Nepal to their first T20 World Cup in 2014.

He coached USA from 2016 until 2019 before taking up the Nepal job for a second time in December 2021. But Dassanayake says that family considerations in a post-Covid world have forced him to reconsider his priorities.

“The one thing is that during the Covid time period, I was totally away from cricket,” Dassanayake told ESPNcricinfo. “My wife’s job, she got very busy during that time. She’s a practising veterinarian in Canada. She got really busy and I also got involved with that. In that period, once Covid is slowing down I got this offer from Nepal. Since I was away from cricket for a while, I wanted to get something going because that’s my passion. I was happy to jump in and help Nepal and put things in the right direction. So after a long break, I accepted the job.

“When I was in Nepal the last time between 2011-2015, it was different. I was so pumped up to do lots of things and my family was happy for me to go and work in my career. Now we are in a situation where my kids need my support for lots of other things when it comes to education. My mother-in-law also got sick in the last two months. So all of these things contributed to me thinking about the whole situation. My wife is managing all these things with her work. For me to be far away from there, it’s putting pressure on me and on all of us because I’m not there when the family needs me. I’m staying in hotels. I go from the hotel to the ground and back to the hotel the rest of the time. That lifestyle is not helping me.”

Dassanayake said he attempted to submit a resignation letter to the Cricket Association of Nepal before Nepal’s recent ODI tour of Scotland, where they won one of four matches against Scotland and Namibia. The board asked him to reconsider, and he continued leading the team on tour. Upon returning with the team to Kathmandu earlier this week, he had a meeting with the board where they accepted his resignation.

“When I came [to coach Nepal] this time, I’ve seen there’s a lot of small groups. The focus wasn’t there for playing cricket. There was so much of other issues around the system. It took some time to clear that.”

“It would be unfair if I just left like that because the Scotland tour was back-to-back after the USA tour,” Dassanayake said, referring to Nepal’s prior ODI tour to Texas in June as part of ICC Cricket World Cup League Two. “These thoughts came in around the first week of July. When I was convinced what I wanted to do, I sent a letter to the Cricket Association of Nepal. But I didn’t say anything to the playing group. I just wanted them to focus on cricket and complete this tour.

“Normally when I’m given a challenge, I don’t leave halfway. I’m a person who really wants to see things through and take teams into a good era from tough times. If I talk about Nepal before, Canada earlier and even USA, if you see the pathway, I took more than a year to go down and come back again because the changes we put in place take time to bear fruit. Nepal is also in a situation where we have done a lot of changes and I was confident if I was there for the next 12 months, they are basically heading into a top team with this young group and the talent they have. We just need to have patience with them.”

During his stint, Dassanayake had to spend a significant amount of time and energy to smooth over simmering disputes between players and the cricket board that took their attention away from their ability to perform on the field.

“When I was here in Nepal before [from 2011-2015], one thing that I never had was issues within the playing group. They were one team and they were very focused on winning, giving their 200% to win games. When I came this time, I’ve seen there’s a lot of small groups. The thinking was totally different. Some period of time has contributed to that in Nepal. Whatever it was, I’m not sure. The focus wasn’t there for playing cricket. There was so much of other issues around the system. It took some time to clear that.

“When we were in Oman for the T20 World Cup Qualifier, it was right in the middle of it but we managed to do things there to get the best out of the team. Then tour by tour, we did a lot of outside cricket workouts to get people into the right frame of mind, it’s the national team and we need to play together to win matches for the country. So I think we’ve come a long way in a short period with a young group, and a young captain, but [there’s still] a long way to go.

Despite these clashes, Dassanayake believes the right nucleus of players is in place to achieve successful results on the field. Apart from captain Sandeep Lamichhane, Dassanayake also has a lot of faith in 19-year-old vice-captain Rohit Paudel and 17-year-old No. 3 batter Dev Khanal.

“When I came to Nepal, there were a lot of clashes between the organisation and the players,” Dassanayake said. “There was no real dialogue between the players and the new board. Both sides were very adamant about lots of things. I was able to mediate because I am very close to the playing group and the board gave me the assurance that whatever way I want to do things, they will back me up. We put the playing group in the right direction. The board was very supportive. Once the board saw the young talent coming through, they were very confident with what we are doing. From their side, they increased the [player] salaries, their match fees, their daily allowance. We had to drop a few senior players at the beginning because of the whole issue.

“The reason we are losing games, some of these top-order batters who are 17 and 19 years old haven’t played enough cricket at this level. It will take a bit of time, but I think the best talent has been picked and it’s just that we need to put them into a good program for them to perform. I have seen all these Associate countries in World Cricket League Two. From talent wise, they are not far from anyone. They just need to get experience and settle down in this level and learn how to handle situations. Even if I’m not here, I’m still going to support the youngsters.”

His first assignment with Canada will be the second round of ICC Cricket World Cup Challenge League A, which is set to run from July 27 to August 6. Canada is at the top of the six-team table with four wins from their first five matches, and they will host Singapore, Qatar, Denmark, Malaysia and Vanuatu in the event.