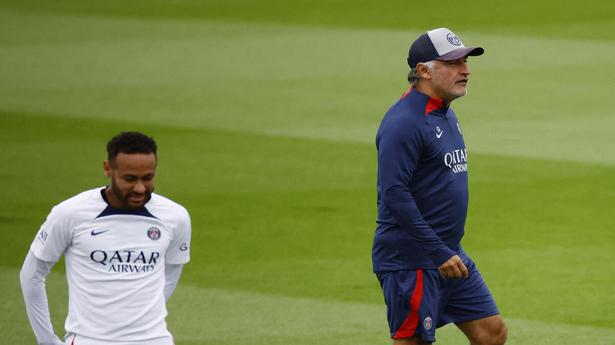 PSG travels to Maccabi Haifa on Wednesday for its Group H second game in the Champions League, and it will be able to rely on what appears to be Neymar’s best version.

The 30-year-old forward, who had failed to show his full potential in previous seasons, has already scored eight goals and set up six in seven Ligue 1 games.

He also grabbed a goal and an assist in PSG’s 2-1 win against Juventus in its Champions League opener last Tuesday.

“It’s not just me and my staff. He had a realisation after last season, where he was underperforming,” Galtier told a news conference on Tuesday.

“He’s got very high goals. He started the season fit, very fit. We have been trying to put him in the best possible conditions. He’s a creator, an artist and when he’s well physically, he gives back a lot.

“He is a player who has been working a lot, as much offensively as defensively.”

Among the formidable trio of Neymar, Kylian Mbappe and Lionel Messi, the Brazilian has been the player who has taken the biggest share of the defensive work, proving to be an essential piece of Galtier’s high-press system.

His efforts will be more than welcomed on Wednesday as the Ligue 1 champion has been weakened in defence with Presnel Kimpembe’s muscle injury, which will keep the France international out for up to six weeks, the club said.

PSG is second in Group H, behind Benfica, which travels to Juventus, on goal difference.