As the summer transfer window slammed shut on September 1, the Premier League saw several big-money signings, which included defenders and midfielders in addition to forwards.

Here is a look at the 10 most expensive transfers in the Premier League 2022-23 summer window:

The forward eventually followed his manager Erik Ten Hag and joined Manchester United on a five-year deal with an option to extend to one more year.

Antony has 31 goals and 27 assists in 134 club appearances for Ajax and Sao Paulo. For the Selecao, he has two goals and as many assists in nine appearances. He has won two Eredivisie titles and a gold medal in the 2020 Summer Olympics.

The Leicester City centre-back became the third-most expensive defender after Chelsea signed him on a seven-year contract. In his debut campaign, the 21-year-old was influential at the back as the Foxes beat Chelsea to lift the FA Cup in Wembley.

Fofana has made 37 appearances in the competition across three seasons for Leicester City and has three goals to his name.

Darwin Nunez joined Liverpool on an initial free of just over 64 million, but with add-ons (£85 million), he can well be the club’s record signing, surpassing Virgil Van Dijk’s £75 million transfer. 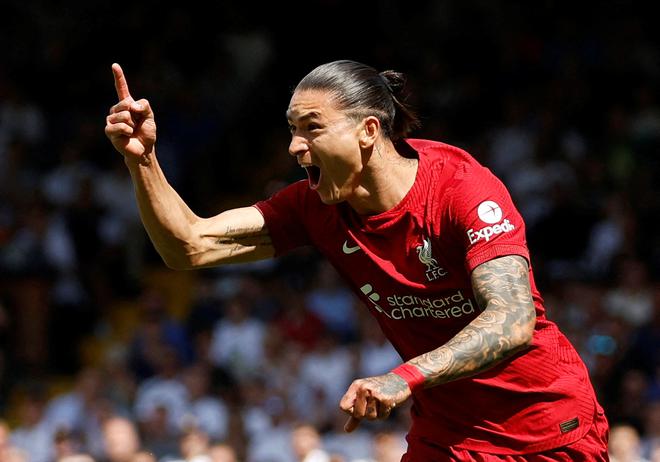 He became the third Uruguayan to sign for the Reds, after Luis Suarez and Sebastian Coates.

The forward has 11 caps for Uruguay and scored 26 goals for Benfica last seaon with 25 of them coming from 24 starts.

Casemiro became the third member of the Real Madrid squad – which completed a hattrick of UEFA Champions League titles – to join Manchester United, after Raphael Varane and Cristiano Ronaldo.

The Brazilian was revealed before the match against Liverpool and is expected strengthen the defensive midfield area for the Red Devils.

A special unveiling for a special player 🌟

In addition to 63 appearances for the Selecao, Casemiro has won 22 major honours in his illustrious career, including the Copa America and five UCL titles.

The Swede has emerged as one of the most promising yougsters in Europe and was linked with several clubs – Manchester United, Liverpool, Arsenal to name a few.

But finally, he ended up at St. James Park as Eddie Howe looks to rebuild Newcastle United. The striker, who has had 44 goals and six assists with Real Sociedad made instant impact, scoring against Liverpool within 38 minutes.

With the goal he became just the eighth NUFC player to score on the Premier League and the first Swede since Zlatan Ibrahimovic.

Chelsea – which was looking to replace Marcos Alonso – saw the perfect opportunity to sign the youngster after his consistent performance against Man United, helping the Seagulls beat United.

He joined the Blues on a six-year deal and has £7 million involved in add-ons in his contract.

Manchester City’s pursuit for a No.9 came to a perfect end when Erling Haaland – son of another City player Alfie Haaland – joined Man City from Dortmund.

“I have always watched City and have loved doing so in recent seasons. You can’t help but admire their style of play, it’s exciting and they create a lot of chances, which is perfect for a player like me,” he was quoted telling the club website.

Though he took a couple of matches to resume his goal scoring form, he has already nine goals in five Premier League matches – a new competition record, surpassing Mick Quinn and Sergio Aguero.

The Brazilian was the most crucial striker for the Toffees last season with 10 goals and five assists. So, when Antonio Conte needed an attacker to pair with Harry Kane, he was the option Conte put his money on.

The deal, which has £10 million in add-ons, may even make him the club’s record signing of certain conditions are met. The striker has 48 goals in 177 Premier League appearances so far and won the Copa America in 2019.

Lisandro Martinez was one of the two players (the other being Antony) to follow Erik Ten Hag from Ajax to Manchester United and has already become one of the most reliable centre-backs for the Red Devils in the Premier League. With two successive clean sheets, the Argentine – who signed a five-year contract with an option to extend another year – was instrumental in United’s victory over Liverpool in Old Trafford.

Martinez made 120 appearances for Ajax and was part of the squad that beat Brazil in the Copa America final last year.

The attacking midfielder became the record-signing for the Hammers, eclipsing the previous record of Sebastian Haller from Eintracht Frankfurt (£45 million).

Born in Brazil, but now East London is his home.

He became the eighth recruit of the David Moyes side and has seven goals in 33 appearances for Brazil.