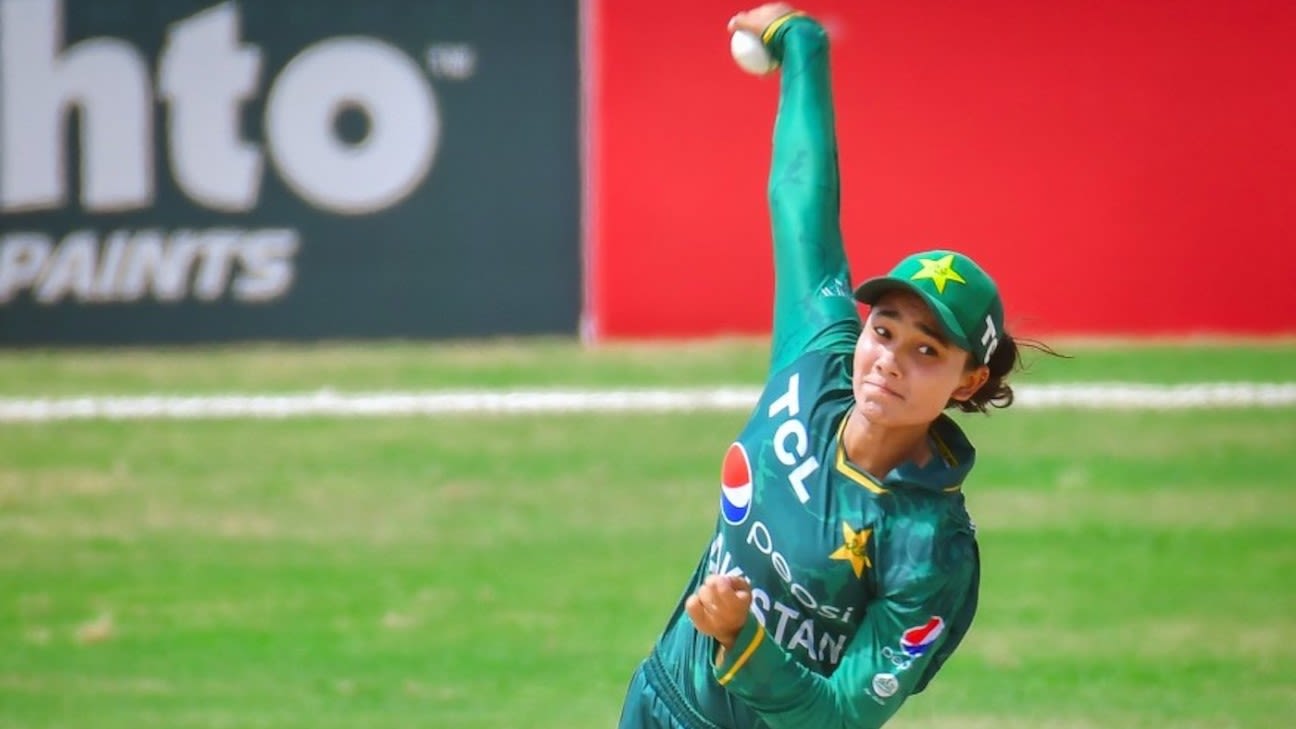 Tuba Hassan, the 21-year-old legspinner, has been awarded her maiden central contract by the PCB for the upcoming 2022-23 season while former captain Javeria Khan has been demoted from category A to C following an ordinary season.
Tuba recently claimed the best figures for a Pakistan woman on T20I debut, picking up 3 for 8 against Sri Lanka in Karachi. She finished with five wickets in the three-match series. She has been included in category D of the central contract, which also includes first-timers Gull Feroza, the wicketkeeper-batter, and Sadaf Shamas, who is yet to make her international debut.

“I am absolutely thrilled and excited at being given the prestigious central contract for the first time,” Tuba was quoted as saying in a press release. “Hard work has slowly started to pay off, but this is just the beginning. My focus remains on producing strong performances and contributing to my team’s success, rest I am sure will take care of itself as we have seen in this case.

“Playing and performing for Pakistan and my team remains my only objective, and with the support of a strong group of people around me, I remain confident that I will improve and live up to their expectations.”

Apart from the three, Ghulam Fatima, Iram Javed and Sidra Ameen have all regained their central contracts that have seen a 15% increase in retainers across all the categories.

Ameen, the opener, last held a central contract in the 2019-20 season but a stellar 2022 sees her back in the scheme of things in category C. She was named Player of the Series in Pakistan’s 2-1 win over Sri Lanka in ODIs, finishing with 218 runs that included a century and a half-century. She had scored a hundred against Bangladesh in the 2022 ODI World Cup as well. Fatima, the legspinner, last held a central contract in the 2018-19 season and Iram, the middle order batter, was without a contract since 2016-17. Both have been included in category D.
Javeria’s demotion coincides with her slump in form that subsequently saw her dropped from the national side. She has had a disappointing last 12 months where she managed only 141 runs in ten ODIs, averaging 14.10. In two T20Is during the same period, she scored only six runs.
Javeria, who was named captain not too long ago when Bismah Maroof was on paternity leave, has not turned out for Pakistan since their encounter against India at the World Cup. She was also dropped for the home series against Sri Lanka. Kainat Imtiaz, the fast bowler, was also relegated to category D from C, after an ordinary 2021-22 season.

There was a promotion for eight players on the central contracts list. While allrounders Aliya Riaz and Nida Dar joined Maroof in category A, Anam Amin, Fatima Sana, Nashra Sandhu and Omaima Sohail were all elevated to category B from C. Muneeba Ali and Ayesha Naseem got an upgrade to category C.

Kaynat Hafeez, Nahida Khan, Najiha Alvi, Rameen Shamim, Saba Nazir and Syeda Aroob Shah were the six players who failed to secure a central contract. Out of these, Nahida is the only one who had a category C contract. The other five were on the Emerging contract list.