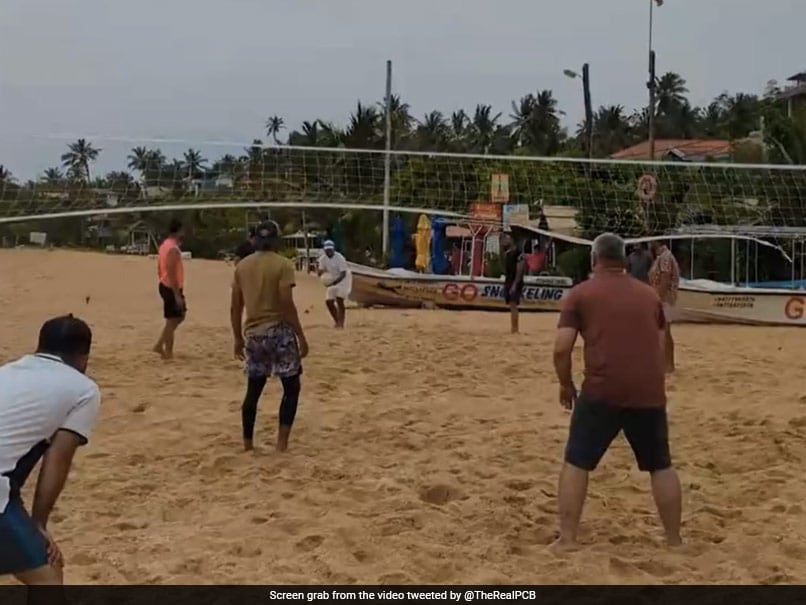 Pakistan players were playing some beach volleyball in Galle ahead of the 2nd Test.© Twitter

Pakistan chased down the highest total ever at the Galle International Cricket Stadium to beat Sri Lanka in the first Test of the two-match series earlier this week. Abdullah Shafique was the star of the show as his unbeaten knock of 160 helped Pakistan in chasing down a daunting total of 342. With the second Test set to start on Sunday, July 24, the Pakistan players were seen having a fun time at the beach. In a video shared by the Pakistan Cricket Board, the players can be seen taking pictures and having a laugh about it.

Also, the Babar Azam-led side can also be seen playing some beach volleyball in Galle ahead of the second Test.

“A relaxing day for the boys at the beach after an enthralling triumph,” the PCB captioned the video on Twitter.

A relaxing day for the boys at the beach after an enthralling triumph #SLvPAK | #BackTheBoysInGreen pic.twitter.com/cCiwAJpri2

Pakistan suffered a huge blow on Thursday as star pacer Shaheen Afridi was ruled out of the second Test, owing to a knee injury.

The left-arm pacer played a key part in the tourists’ opening win on Wednesday in Galle as he took four wickets in the first innings.

“Due to a knee injury sustained on the fourth day of the first Test, Shaheen Afridi will miss the second Test, which will be played in Galle from July 24,” read a team statement.

He will stay with the Test side in Sri Lanka, where his initial rehabilitation and management will continue under the supervision of the team’s medical staff, the release added.