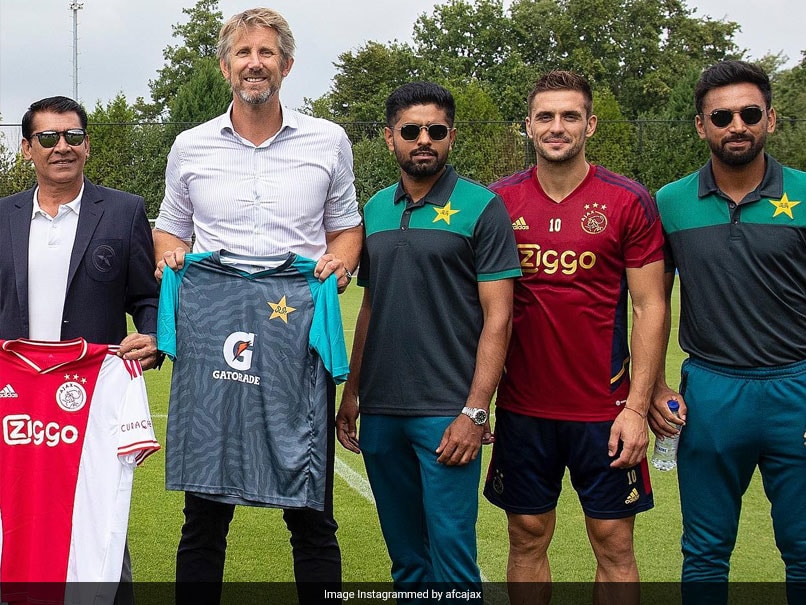 Some members of the Pakistan men’s cricket team visited legendary football club AFC Ajax during their tour of the Netherlands. Players like Babar Azam, Imam-ul-Haq and Shadab Khan were among those who got a tour of the famous football club, that has won the Dutch Eredivisie a record 36 times in addition to four Champions League titles. While there, they also met legendary Dutch goalkeeper Edwin van der Sar, who is currently the CEO of the club. Upon finding out that wicketkeeper Mohammad Rizwan was not part of the visiting entourage, van der Sar even joked that he could don the gloves behind the stumps.

Edwin van der Sar also posed with the bat with the players.

The Pakistan players even met forward Dusan Tadic, who even exchanged jerseys with Babar Azam.

Pakistan are in Netherlands for a three-match ODI series. The visitors won the first two matches and have taken an unassailable 2-0 lead.

In the first ODI, Fakhar Zaman‘s century helped Pakistan win a close contest, as the Dutch nearly chased down the target.

The second match was a more straightforward affair for the Babar Azam-led side, as they bowled the hosts out for 186 before chasing down the target with seven wickets to spare.

The third ODI will be played on Sunday.