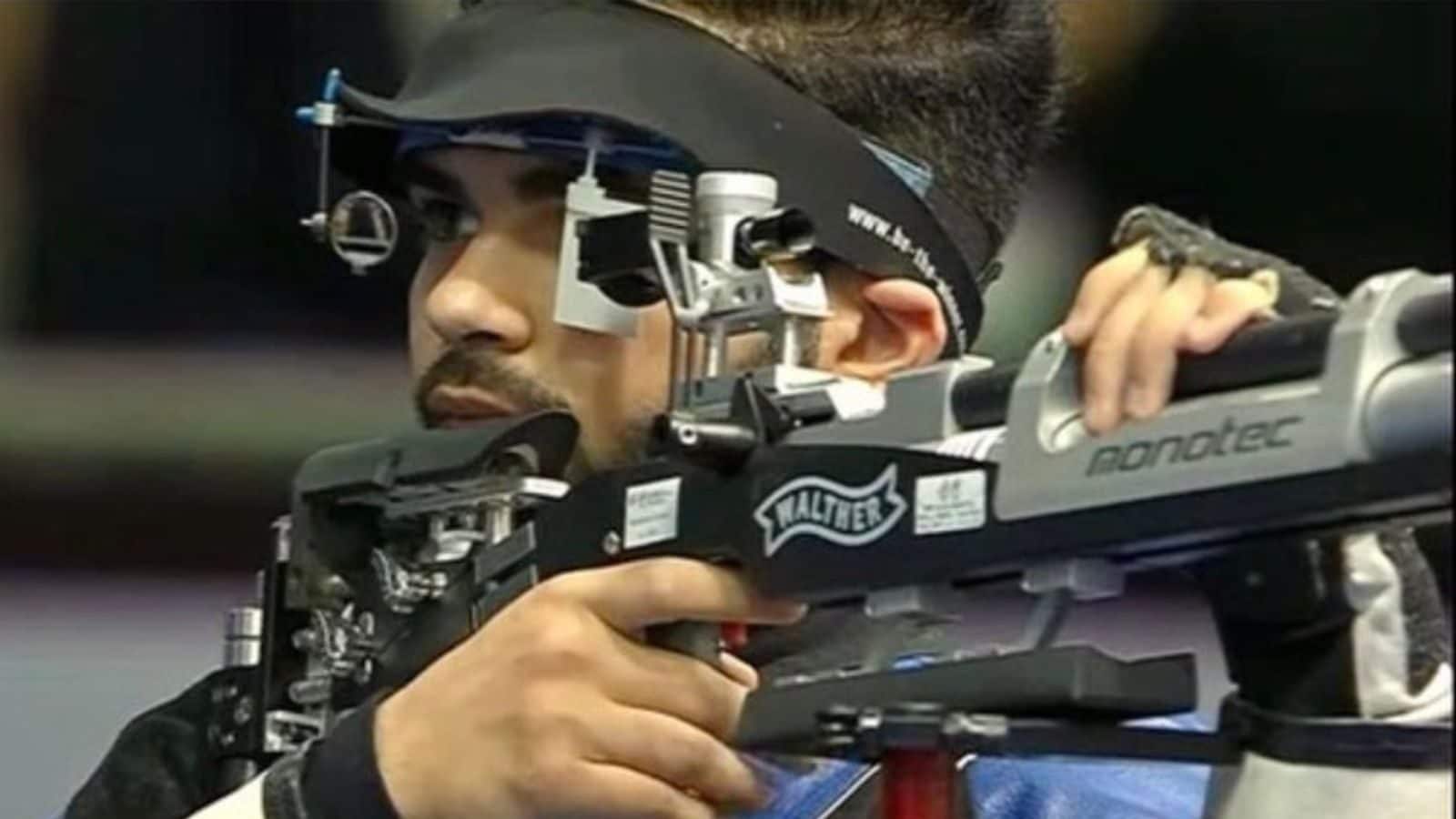 Arjun Babuta came up with a stunning performance to register a scintillating victory against Tokyo Olympics silver medalist Lucas Kozeniesky of America to win the men’s 10m Air Rifle event in the ongoing ISSF World Cup here on Monday.

What looked like a tricky encounter turned out to be a rather easy outing for the Indian as he dominated the proceedings to win the encounter 17-9.

The 23-year-old shooter from Punjab had earlier ended the ranking match with 261.1 points to qualify for the gold medal clash.

Facing Lucas in the finals could have easily overwhelmed him but the young Indian shooter did not feel any pressure and was rather focused on the match.

“Ideally, I should have felt the pressure of facing Lucas and could have got carried away by the occasion but I stayed calm and did not let any burden upon me which helped in winning the gold,” Arjun told Sportsflashes Radio.

This is Arjun’s maiden win at the senior level and he admitted that his ascend to the top has a lot to do with Khelo India.

“Khelo India has helped a lot in shaping and preparing for big events and taught me how to handle pressure. I feel Khelo Games acts as a launchpad for Indian athletes and does help a lot in the overall development,” Arjun added.

With the Birmingham 2022 CWG just around the corner, he feels that the absence of shooting from the games is very disheartening.

“I am very heartbroken due to the shooting’s omission from CWG. As a budding shooter, I thought CWG experience would be very useful to me and I could have ended up on the podium as well. But this is part of the destiny and I hope they include shooting next time,” Arjun said.

“I have now let go of the disappointment and am looking forward to the World Championship in October which will give us quota places for the Olympics,” he concluded.