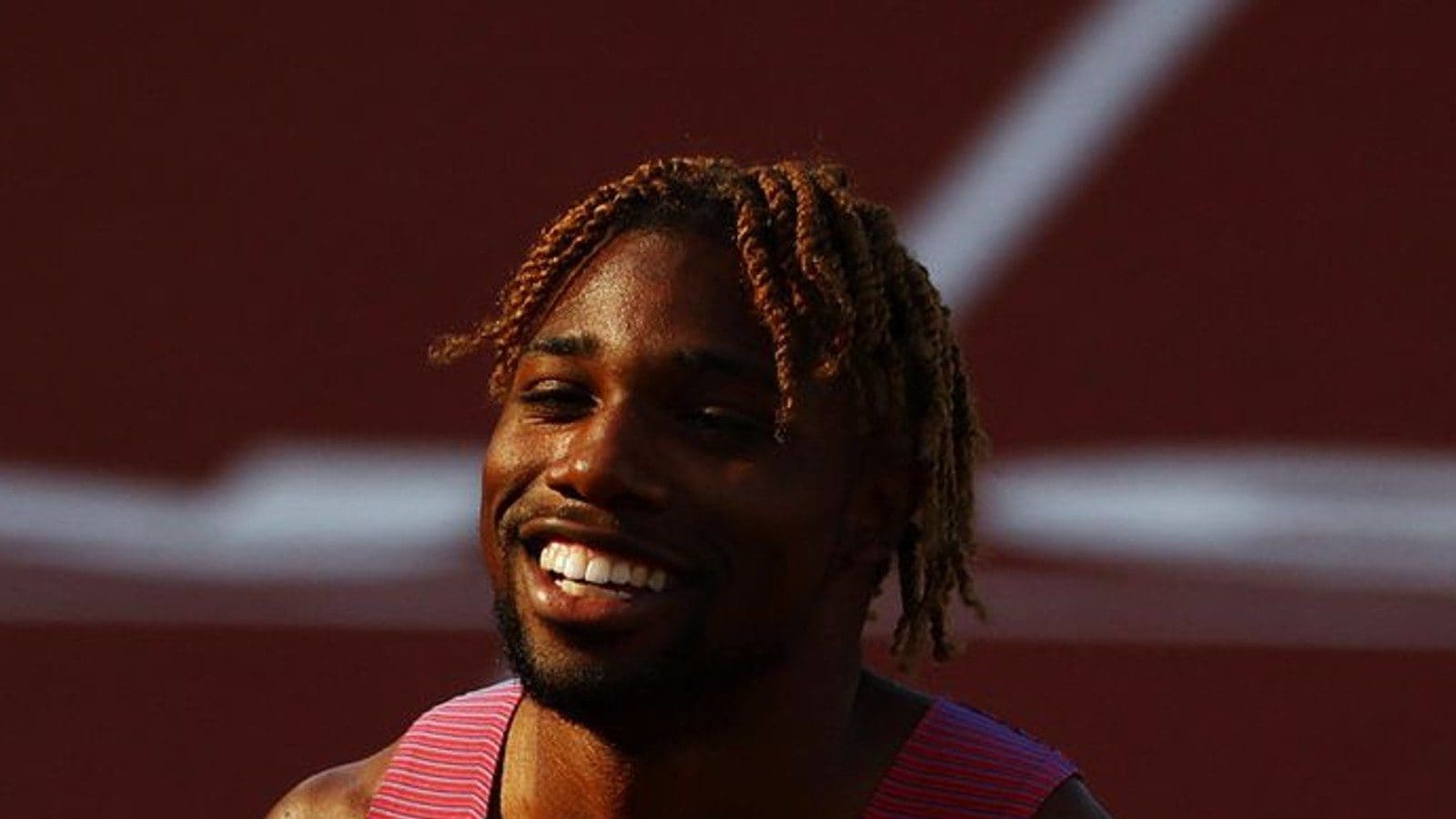 Reigning world champion Noah Lyles showed he is no mood to give up his 200 metres crown after setting a red-hot pace to win his heat on Monday.

The sprinting showman rounded the curve with ease before wagging his finger at the rest of the field down the straight to finish in 19.98 seconds and advance to Tuesday’s semi-finals.

Celebrating his 25th birthday, Olympic bronze medallist Lyles said he had jitters during the three-day wait to compete in front of the home crowd in Eugene, Oregon.

His rivalry with fellow American Erriyon Knighton is expected to produce fireworks.

Lyles denied the 18-year-old a place on the podium at the Tokyo Olympics and ran past him down the stretch to clinch the national championship last month, prompting Knighton to storm off during a post-race interview.

Knighton got off to an explosive start on Monday before easing up near the halfway mark and cruising to victory in his heat in 20.01.

“I cannot ask for more, I am at the spot where I want to be,” said Knighton. “One of my best years, if not my best and I am just happy.”

Alexander Ogando, who helped the Dominican Republic pick up gold in the 4x400m mixed relay on Friday, equalled Knighton’s time in his heat, cruising past the U.S. Olympic silver medallist Kenny Bednarek down the straight.

Two days after leading an American sweep of the 100m, Fred Kerley jogged through to the finish to win his heat but said he was “still in recovery mode”.

Canadian Andre De Grasse, the Olympic champion who took silver at the worlds three years ago, withdrew from the 200 after failing to qualify for the 100m final on Saturday.

Another Canadian, Aaron Brown, stumbled and fell forward after his blocks slipped but was issued a green card and allowed to run, finishing second in his heat behind 400m indoors champion Jereem Richards of Trinidad and Tobago.