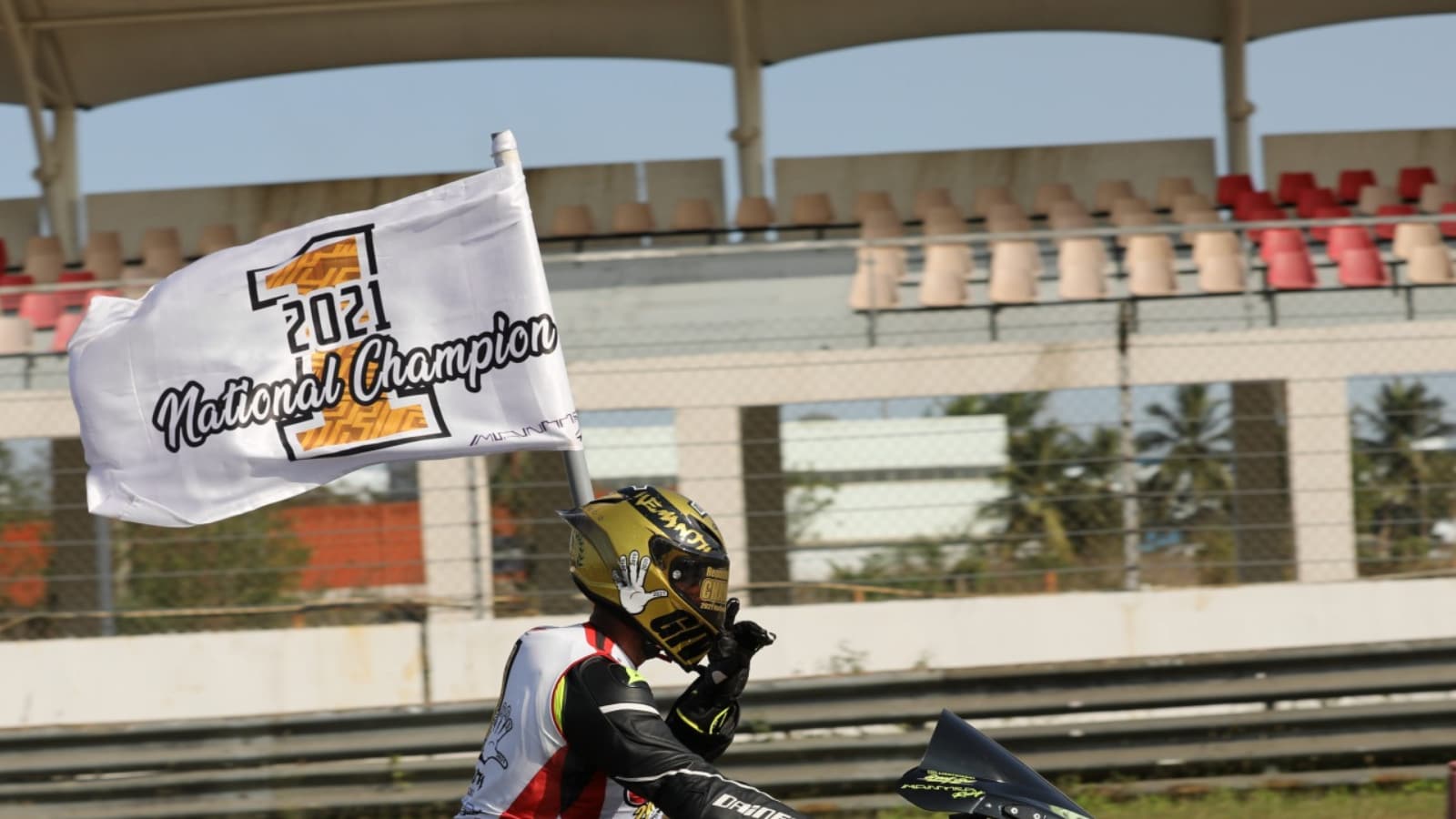 Nine-time national champion Hemanth Muddappa of Mantra Racing will be hoping to add more titles under his belt when he begins his season’s campaign at the MMSC FMSCI Indian National Drag Championship at the Madras International Circuit (MIC) on Saturday.

In an unprecedented move, Mudappa will be riding in four classes this season, including the above 851 to 1050cc class, which is now a supporting race.

This year Mudappa will also take part in the 550-850cc class, and with the re-introduction of the Unrestricted Open category as a Championship class, the Drag Nationals will now allow Muddappa to gun for historic 12 national titles.

He is preparing hard and has tested a Kawasaki ZX6R which is the new addition to his armoury besides his Suzuki Hayabusa and BMW S1000RR, between whom he bagged a rich haul of nine national titles from 2016 in two different classes.

The combination of Mantra Racing and Muddappa has created record after record at every circuit in India and all the top national records in the top-two classes, stand in his name making him the fastest Indian motorsports athlete.

“We started right after the last round and put in sustained efforts. One of the classes is not there anymore but with the introduction of a new class, I will be taking part in four classes. The aim is to go for three national titles this year,” said the rider from Coorg.

Known as “LightningR1”, for his superfast runs, he holds both the national records in ‘851 to 1050cc class’ and the ‘1051cc and above class’ which he bettered last season at the now rechristened Madras International Circuit.

From the original four rounds, the promoters, Madras Motor Sports Club reduced the calendar to three rounds. The second round will be on November 5 and 6 and the final round is scheduled to be held at the same venue on December 17 and 18.