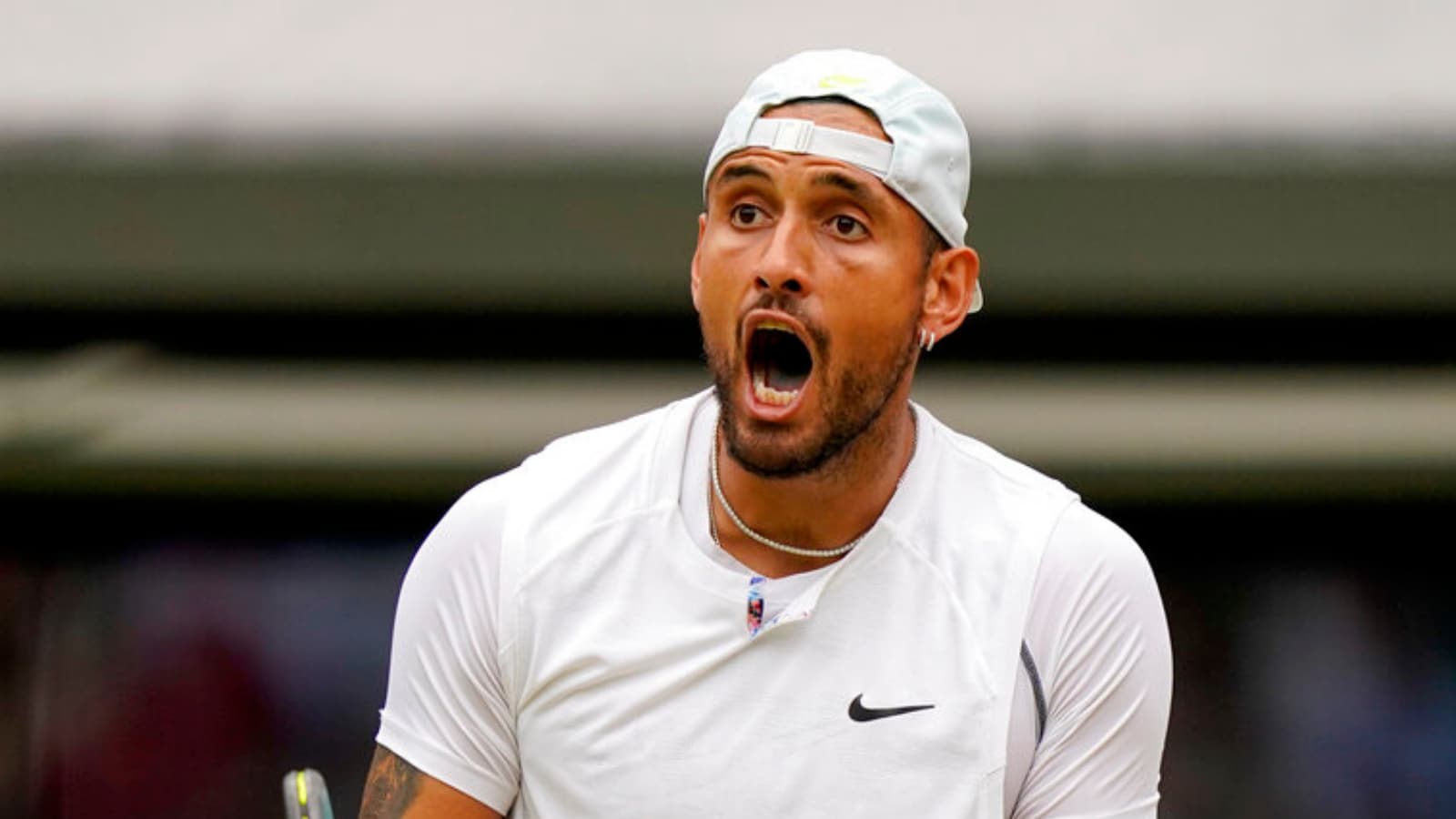 Australian tennis ace Nick Kyrgios was penalised for his inappropriate behaviour at the Wimbledon men’s singles finals against Novak Djokovic.

The world No.40 started brilliantly, winning the first set in 31 minutes, but quickly found himself raging against his box after dropping five straight points from 40-0 on his serve before losing the third.

Just before his rant, Kyrgios had requested to move out a female spectator from the Centre Court. “The one with the dress, the one who looks like she’s had about 700 drinks, bro!” he said.

Later, he was fined $4,000 for making an audible profanity in front of royalty as Prince William and Kate Middleton’s son Prince George was among the spectators who were watching the Wimbledon finals.

At another point in the match, Kyrgios blamed a spectator for disrupting his concentration by yelling between the serves. He then requested the chair umpire Renaud Lichtenstein for a first serve after hitting a double fault and exclaiming, “It’s a f*****g joke.”

The fine was just one of the several penalties that the tennis player received during his time at Wimbledon, the first coming after his first-round match against Paul Jubb.

During the game, Kyrgios alleged that spectators were being hostile to him and requested the umpire to take some action. He was also seen spitting at a fan after the game ended. As a result, he was charged a fine of £8,211 ($14,464.95).

In his third-round encounter against Stefanos Tsitsipas, Kyrgios was again fined £3,300 ($5813.46) for requesting a “new referee” and arguing that his opponent must be disqualified.

With Kyrgios, there is never a boring moment. He hit 30 aces, including one at 136mph, and an underarm serve in a typically intriguing match against Novak Djokovic who ultimately proved to be too good for him.

After the Wimbledon finals, Kyrgios said he was relieved he did not win the grand event because he feels it would have left him demotivated. “Coming back for other tournaments, I would have really struggled. I kind of achieved the greatest pinnacle of what you can achieve in tennis. But my level is right there. I felt like I belonged. I’m just not supposed to be here,” he told the Mirror.

Kyrgios was defeated in four sets by Djokovic on Centre Court. The Serb won his fourth Wimbledon title in a row.