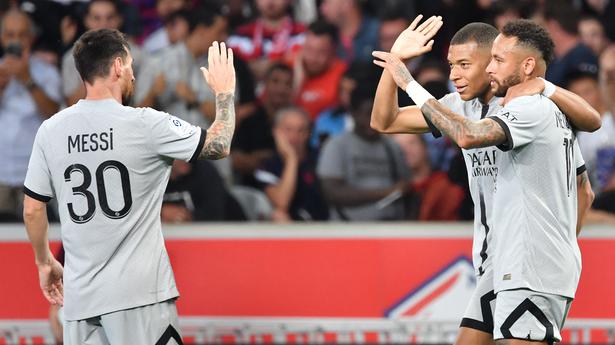 Hello and Welcome to Sportstar’s LIVE coverage of Nantes vs PSG Ligue 1 being played at Beaujoire Stadium in Nantes.

Paris Saint Germain travels to Nantes in the sixth game week of Ligue 1 2022/23. It comes on the back of a 3-0 away win against Toulouse on Thursday.

The Paris club has enjoyed a solid start to the season. It has won four out of the five matches, with the only draw coming against AS Monaco on August 29.

Talisman Neymar has been in red-hot form for PSG. The Brazilian leads the league tally in goals (7) and assists (6). The second-highest goalscorer in the league with five goals is Kylian Mbappe.

Nantes, on the other hand, is currently in 10th place. It has only won one match so far, 3-1 against Toulouse on August 28.

With Olympique Marseille winning its match against Auxerre earlier today, Paris Saint Germain slipped to second place. A win at the Beaujoire Stadium will take it back to the top spot.