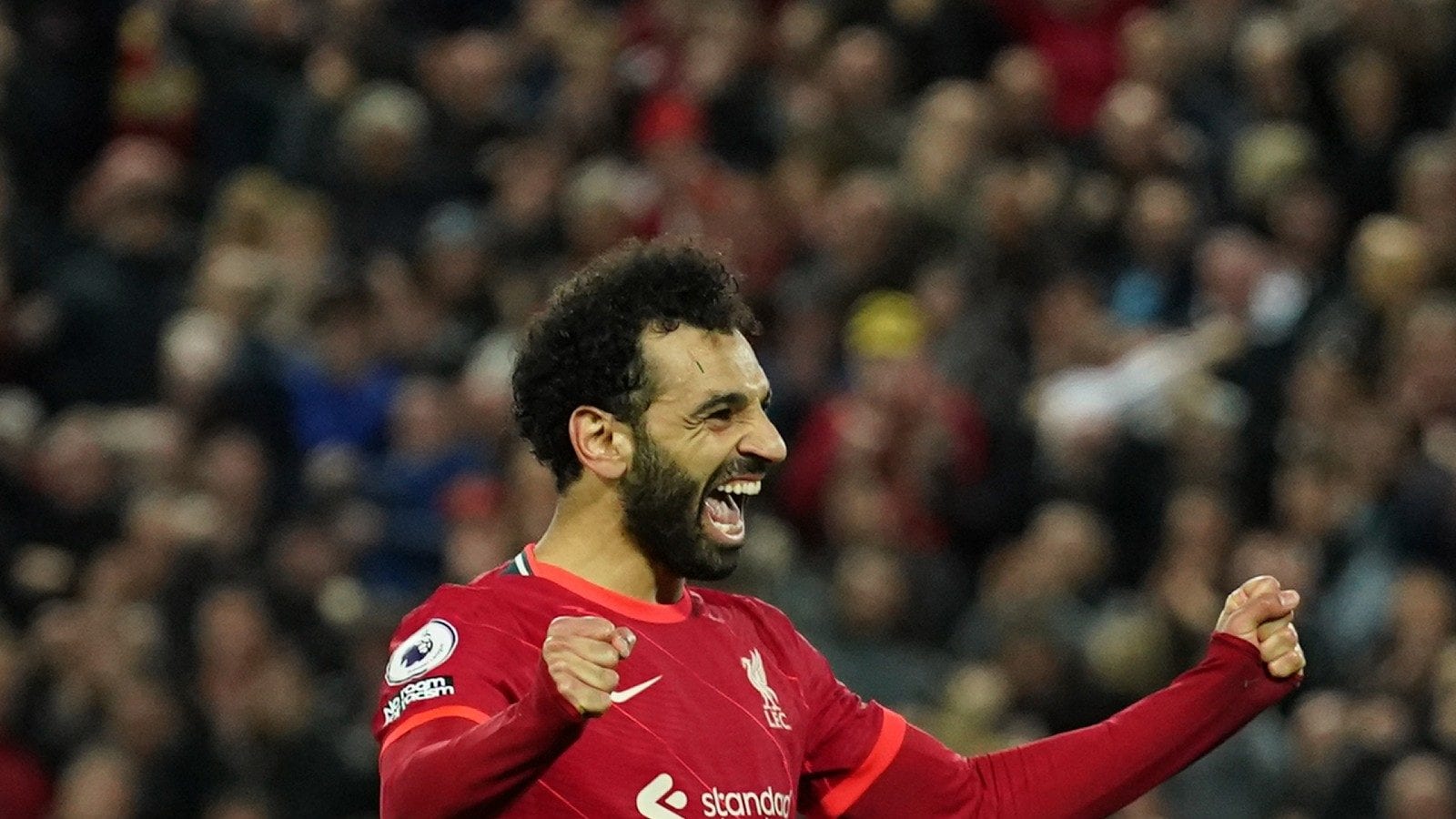 Liverpool FC announced on Friday that Mohamed Salah has signed a new long-term contract, that will reportedly run to 2025, with the club. The forward, who was named the FWA Footballer of the Year and the PFA Players’ Player of the Year for 2021-22 after helping Jurgen Klopp’s side to a domestic cup double, has committed his future to the Reds by putting pen to paper on the deal on Friday.

After five years with the club, Salah will now extend a stay at Anfield that has so far yielded a remarkable 156 goals in 254 appearances.

The No.11 told Liverpoolfc.com: “I feel great and [I am] excited to win trophies with the club. It’s a happy day for everyone.

“It takes a little bit of time, I think, to renew, but now everything is done so we just need to focus on what’s next.

“I think you can see in the last five or six years the team was always going [upwards]. Last season we were close to winning four, but unfortunately in the last week of the season we lost two trophies.

“I think we are in a good position to fight for everything. We have new signings as well. We just need to keep working hard, have a good vision, be positive and go for everything again.”

Liverpool completed a deal for Salah from AS Roma in June 2017 and the Egyptian made an instant impact, notching 44 goals across all competitions in his debut season.

Thirty-two of those came in the Premier League, setting the record for the most scored in a 38-game season in the division.

He would help the Reds to the Champions League final against Real Madrid in Kyiv, though it ended in personal and collective heartbreak.

Nevertheless, Salah was integral to Klopp’s team mounting a challenge for the Premier League title the following term as they notched 97 points and succumbed to defeat just once all season.

And though they would ultimately miss out on the crown by a single point, Liverpool secured a sixth European Cup by defeating Tottenham Hotspur in the Champions League final in Madrid, with Salah netting the opening goal from the penalty spot.

Then, the following campaign – disrupted by the COVID-19 pandemic in its latter stages – the Reds blazed their way to 99 points in the Premier League and ended a 30-year wait to be crowned league champions, having earlier claimed the UEFA Super Cup and FIFA Club World Cup that term.

Klopp’s men suffered a difficult 2020-21, with matches played behind closed doors for much of it; however, Salah’s form was integral in helping them to a third-placed finish as he scored 31 times in all competitions.

Last season, the forward again hit the 31-goal mark to help Liverpool to a domestic cup double as well as going close in the Premier League and Champions League once more, narrowly losing out in both. He again collected both the FWA and PFA prizes for the year’s outstanding player in recognition of his form – and added the Premier League Playmaker prize for most assists to his latest Golden Boot.

The 30-year-old, who celebrated his birthday last month, currently sits in ninth place in the list of Liverpool’s all-time top scorers – and this new deal represents an opportunity for him to elevate himself even further up those standings and help Klopp’s men chase further silverware in the coming seasons.

Salah added: “My message [to the fans] is the players in the team want to give our best next season to try to win all the trophies.

“As usual, you stay behind us and give us a big push and I am sure we are going to win trophies again [together].”