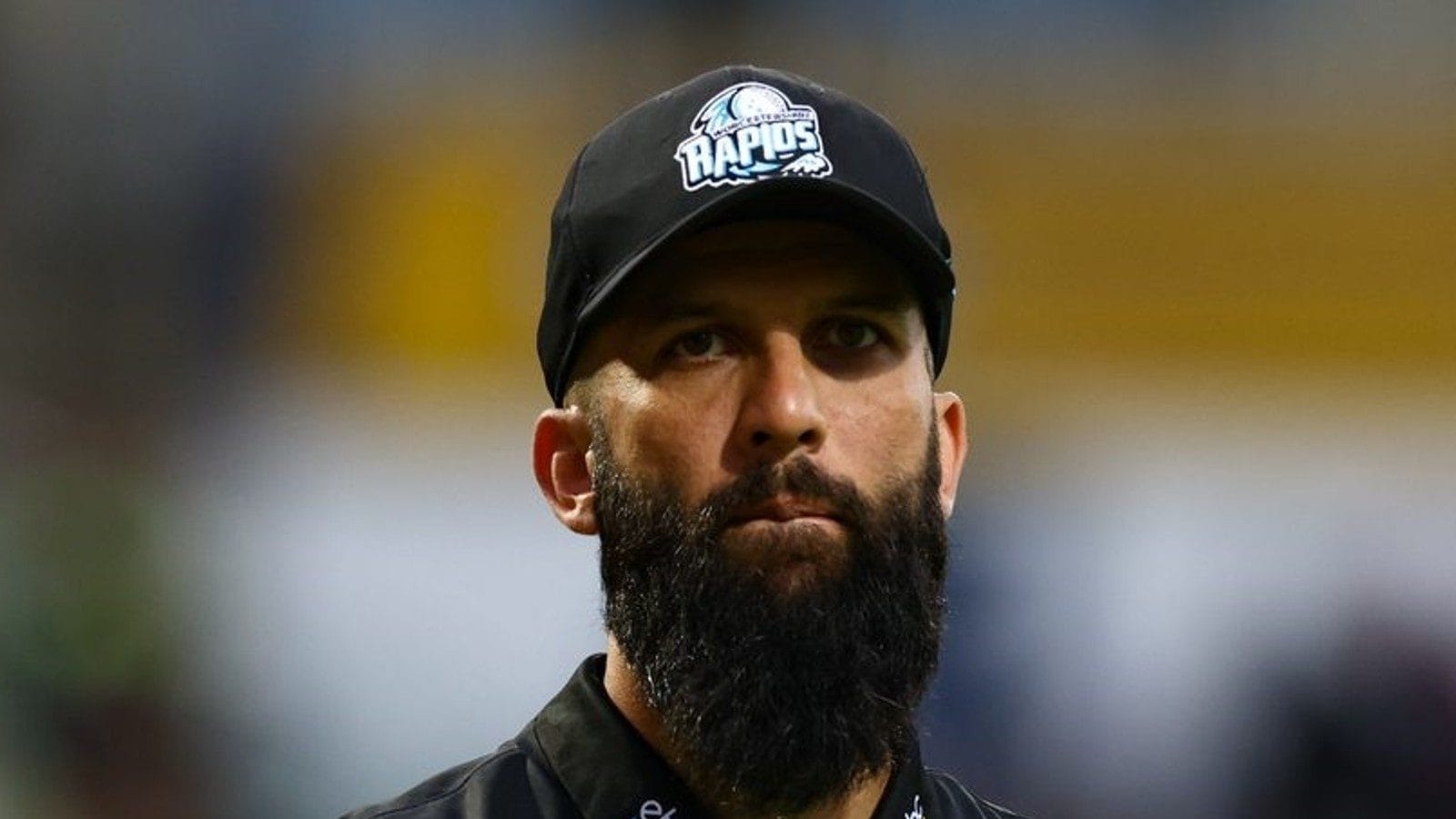 England all-rounder Moeen Ali will depart Worcestershire county when his contract expires at the end of this summer, the club confirmed on Wednesday.

There had been a lot of speculation surrounding the cricketer, who had retired from Test cricket last September to prolong his white-ball career, about his county move, with several clubs including Yorkshire and Warwickshire reportedly inclined to sign him.

Worcestershire County Cricket Club can confirm that Moeen Ali will depart the Club when his contract expires at the end of this summer.

The inspirational all-rounder joined the Pears in 2006 and went on to play nearly 350 games for the Club across all formats.

The all-rounder had joined Worcester in September 2006 from Warwickshire and went on to play nearly 350 games across all formats, scoring over 13,000 runs, taking over 300 wickets and winning three trophies in his time at the club.

He made his last appearance in Worcestershire’s final Vitality Blast fixture of the 2022 season at New Road against Notts Outlaws on July 3.

The 35-year-old Moeen was a regular for Worcestershire across all formats until he made his England debut and became centrally contracted. “England commitments, and the Covid pandemic, meant his availability was heavily limited for the Pears over the past three years,” said a club statement.

His first major trophy-winning success came in his second season with the county, playing his part in the club’s NatWest Pro40 title win. Red-ball success followed immediately with promotion in 2008 and then bouncing straight back to Division One in 2010. Moeen was also a part of the promotion-winning side in 2017.

Moeen’s finest memory in Worcestershire colours came more recently, when leading the Rapids to a first Vitality Blast title in 2018. The following year saw more white-ball success, with the Rapids, agonisingly, being one ball away from becoming the first club to achieve back-to-back T20 titles.

“Moeen will always be remembered as an inspirational leader who has played an enormous part in the club over his 16 years at New Road,” the statement added.

“I’m sad to be leaving Worcestershire after so long and have loved every minute of it. I’ve played with some amazing people and owe a huge thanks to the Club for bringing me here and giving me the platform to perform. I now feel it’s time to go back to Birmingham for the back end of my career, but I will always love Worcestershire. I hope I made the fans proud,” said Moeen.

Moeen Ali has signed a three-year white-ball contract with Warwickshire.

Head coach Alex Gidman added, “It’s been an absolute pleasure to work alongside Mo in a coach and captain relationship for the last four years. The Vitality Blast victory in 2018 and coming so close to retaining in 2019 will live long in my memory as a memorable part of the early days of my coaching career. It’s extremely sad to see him move on, but we wish him all the best for the future.”