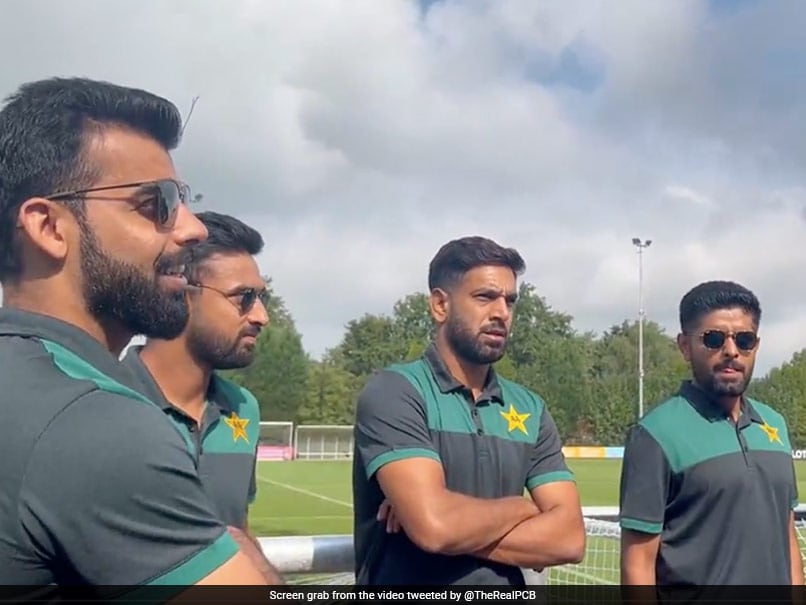 Pakistan men’s cricket team is currently in Netherlands for a three-match ODI series. The Babar Azam-led side have already sealed the series after winning the first two matches. Ahead of the final ODI in Rotterdam on Sunday, the Pakistan team was invited to visit Dutch football giants’ AFC Ajax training complex. Players from both camps were introduced to each other in the presence of former Manchester United goalkeeper Edwin van der Sar, who is currently serving as the CEO of AFC Ajax. Players like Babar Azam, Imam-ul-Haq and Shadab Khan were among those who got a tour of the famous football club, that has won the Dutch Eredivisie a record 36 times in addition to four Champions League titles

In a video posted by the Pakistan Cricket Board, all-rounder Shadab Khan, while answering a question to van der Sar, described Babar as the mixture of Cristiano Ronaldo and Lionel Messi in cricket.

“He is the mixture of Ronaldo and Messi,” Shadab told van der Sar.

Enjoy highlights of the 🇵🇰 team’s trip to the home of @AFCAjax pic.twitter.com/Y0d0eje3hH

Both PCB and Ajax shared photos and video of the special visit made by the Pakistan cricket team.

Former Ajax and Netherlands striker Klaas-Jan Huntelaar was interacted with the Pakistan players.

In the first ODI, Fakhar Zaman‘s century helped Pakistan win a close contest, as the Dutch nearly chased down the target.

The second match was a more straightforward affair for the Babar Azam-led side, as they bowled the hosts out for 186 before chasing down the target with seven wickets to spare.

The third ODI will be played on Sunday.