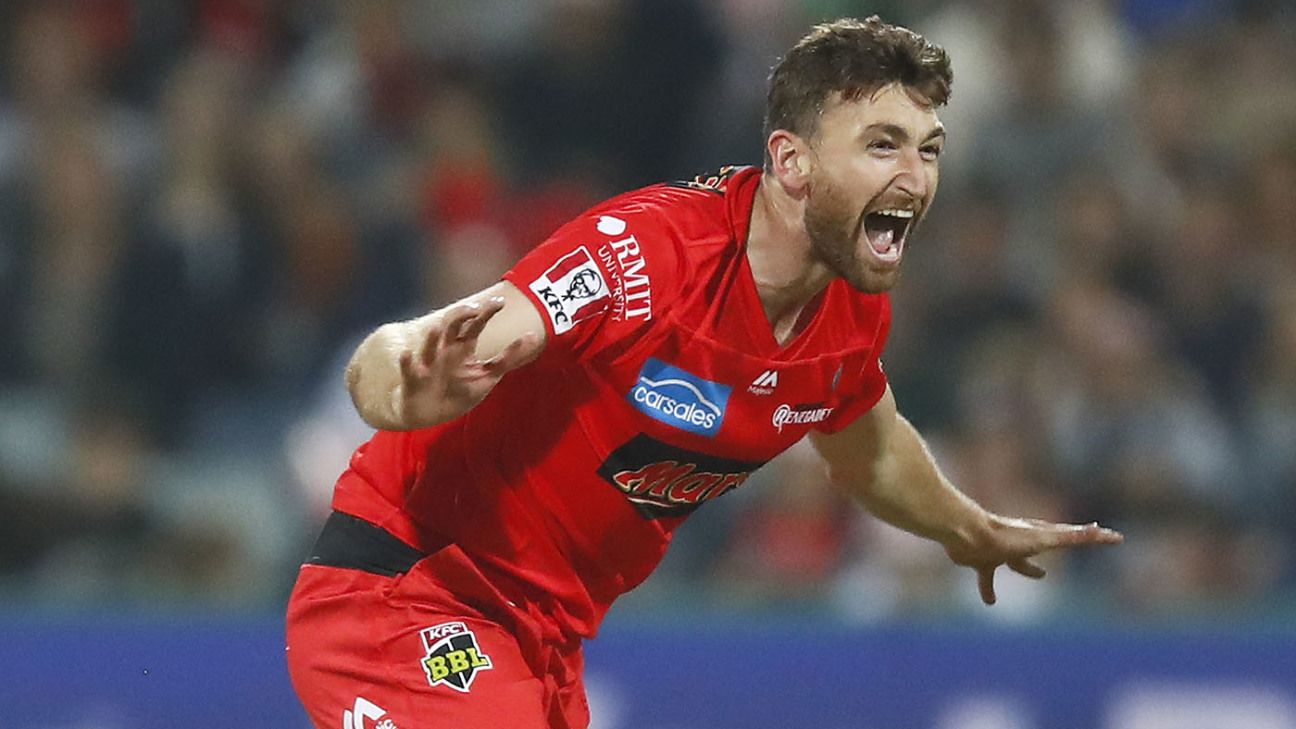 Richard Gleeson is top of several teams’ shortlists ahead of the Hundred’s wildcard draft on Thursday after his stellar form in the T20 Blast for Lancashire earned him a first full England call-up at the age of 34.
Gleeson is not expected to play in Thursday’s first T20I against India at the Ageas Bowl but looks certain to be picked up as a £30,000 wildcard signing earlier in the day. He was due to play for Manchester Originals in the inaugural competition but withdrew due to his back injury, and their coach Simon Katich will be able to use their ‘right-to-match’ card if another team attempts to sign him first.
The wildcard draft will see each of the eight men’s teams add one final player to their squad based on performances in the Blast. Last year, Jake Lintott was picked up as a wildcard by Southern Brave and finished the season as their leading wicket-taker as they won the inaugural tournament.
Along with Gleeson, George Scrimshaw is likely to be picked up after his performances for Derbyshire earned him selection in the England Lions squad to play South Africa in two 50-over games next week. Middlesex captain Stephen Eskinazi, Warwickshire batter Dan Mousley and Leicestershire allrounder Ben Mike have also been mentioned in conversations with teams as possible wildcards.
The ECB have also confirmed to teams – though not to media – that Toby Roland-Jones has been signed by London Spirit as a replacement for Blake Cullen, who will miss the second season of the Hundred with a back injury.
ESPNcricinfo understands that Northern Superchargers have lined up Michael Pepper, the Essex wicketkeeper-batter, as a replacement for Luke Wright, who is expected to withdraw from the tournament to fulfil his coaching commitments with New Zealand, though the deal had not been officially confirmed to other Hundred teams by Wednesday evening.

The move would mean that Wright, the all-time leading run-scorer in English domestic T20 cricket, may never play a game in the Hundred, having been an unused squad member at Trent Rockets last summer.