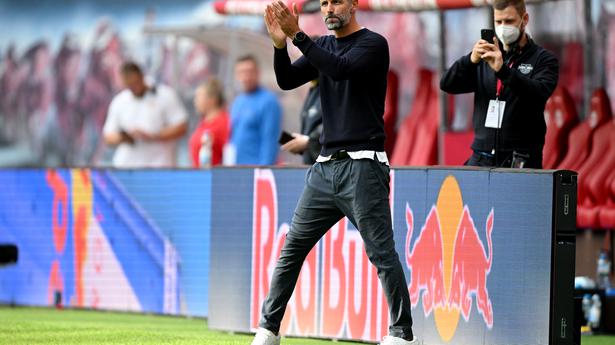 New RB Leipzig manager Marco Rose enjoyed an ideal start to his tenure after his side blew away his former employers Borussia Dortmund 3-0 in the Bundesliga but he said he did not take any extra satisfaction from the victory.

Rose led Dortmund to a second-place finish in his only season in charge last term but was sacked in May and replaced Domenico Tedesco earlier this week at Leipzig, who had won just one of their first five league games of the season.

“(The result) doesn’t do anything with me. It was a special game, no doubt about that,” Rose said after Leipzig’s win on Saturday.

“I really enjoyed being with the club. It’s a great club, I met some great people. In the end, I didn’t fit any more, I had to go.

“I have a very good relationship with Edin and the boys. In this year I found friendships in Dortmund I could see again today. And therefore, there’s no satisfaction.”

Leipzig will face Champions League holder Real Madrid on Wednesday before Rose takes on another former team in Saturday’s trip to Borussia Moenchengladbach.