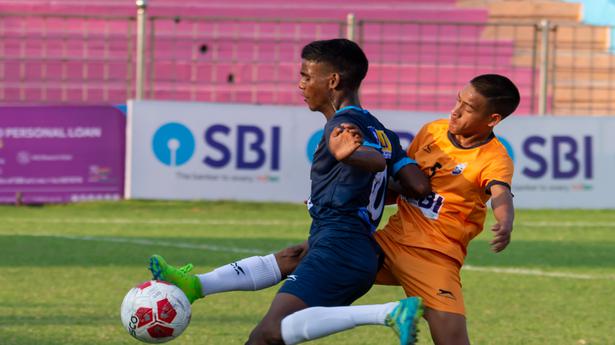 Heirok Higher Secondary School of Imphal, Manipur and Berwa High School of Chainpur, Jharkhand will fight for the title in the Under 14 Boys Finals of the 61st Subroto Cup, an annual international inter-school football tournament. It is named after the Indian Air Force Air Marshal Subroto Mukerjee

The final will be played on Thursday, 15th September at the B.R Ambedkar Stadium and the match will kick off at 4 PM.

In the first semifinal, Heirok Higher Secondary School beat Greenwood School, Dimapur, Nagaland 2 – 0. A. Devo and T.Likson scored for the winners in the 24th and 48th minute respectively.

Subroto Cup Football Tournament is a prestigious international inter-school football tournament that is held annually in New Delhi, India. Named after the Indian Air Force Air Marshal Subroto Mukerjee, it is an annual event that began in 1960. Students from different countries across Asia participate in this tournament, making it one of the more noteworthy school-level football competitions.