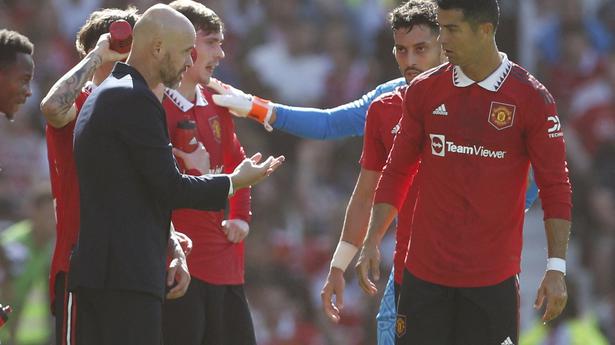 Former Manchester United forward Wayne Rooney believes that the club must let Cristiano Ronaldo leave if it is to build a successful team for the future under new manager Erik ten Hag.

The 37-year-old Ronaldo, who re-signed for United from Juventus last season, reportedly wants a move away from Old Trafford after the team’s failure to qualify for the Champions League.

“I think United should let Cristiano Ronaldo go. It’s not that Ronaldo can’t play in a Ten Hag team. He can play in any team,” Rooney, who now manages Major League Soccer side DC United, wrote in a column for the Times newspaper.

“Ronny will always score you goals. But my personal view is that United aren’t ready to challenge for the title now, so the aim has to be to build a team that can win the league in the next three to four years, and you have to plan for that.”

Ronaldo netted 24 times in all competitions last season, emerging as one of the few bright sparks in an otherwise forgettable campaign for United that saw them finish sixth.

Ten Hag this week said he was happy to have a “top striker” like Ronaldo in the squad and looking forward to working with him.

Rooney, who is United’s all-time leading scorer, added he was hopeful that Ten Hag would be able to establish a clear playing style at his former club.

“I couldn’t work out what they were trying to do in terms of game plan, or see any patterns of play,” Rooney said of last season.

“I think one of the big things you’ll see from Ten Hag is him really trying to put his stamp on the playing identity.”

United kick off its Premier League campaign at home to Brighton & Hove Albion later on Sunday.