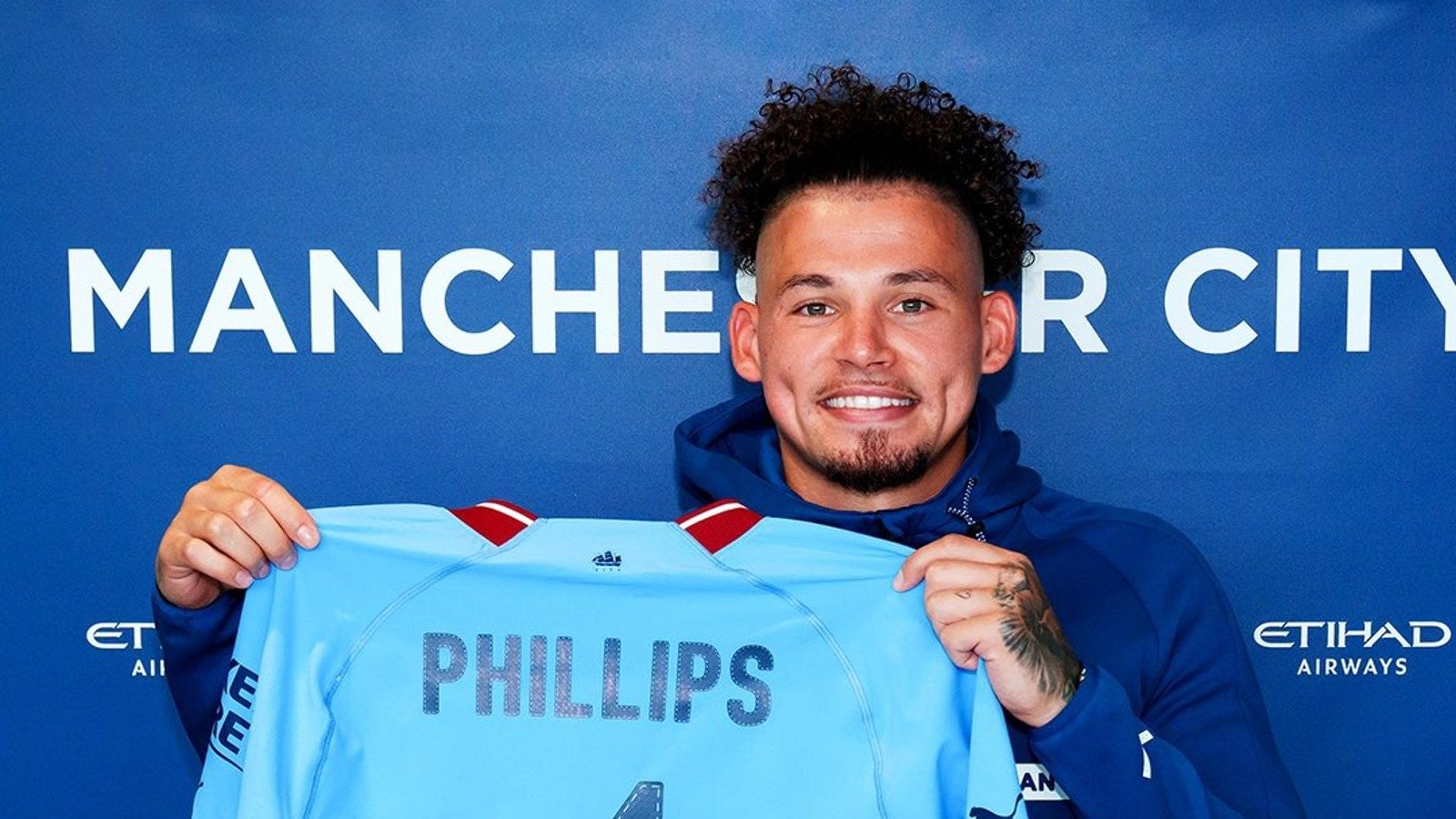 The clubs have reportedly agreed on a £45 million deal to ratify the transfer of the highly sought-after Englishman.

Pep Guardiola’s Manchester City, who have already acquired the services of Norwegian striker Erling Haaland from Borussia Dortmund, were in pursuit of replacing their long-serving Brazilian midfielder Fernandinho, who is set to leave the club after nine trophy-laden years.

Manchester City director of football Txiki Bergiristain is sure that Phillips was the right player to fill the void left by the Brazilian.

“Kalvin is a player that we have long admired, and at both domestic and international level, he has proved his fantastic ability and quality over the past few seasons,” Txiki said.

Kalvin Phillips played a pivotal role in former Leeds manager Marcelo Bielsa’s unit that earned a promotion to the Premier League after a 16-year absence from top-flight English football.

“His reading of the game, alongside his passing ability, energy and drive make him a formidable talent and he is a player who has a fantastic will to win,” continued Txiki.

“We feel he will be a superb addition to our squad and that he will complement our game perfectly.

“Everyone here is looking forward to watch Kalvin play and develop even further over the next few years.”

England manager Gareth Southgate was also impressed with his performances for Leeds and called the midfielder up for the national squad.

Phillips struggled with injuries in the 2020-21 campaign but returned to help Leeds united avoid the drop as the club from West Yorkshire fought off a tightly contested relegation battle towards the end of the season.

Manchester City have also agreed to deal for the transfer of Brazilian forward Gabriel Jesus to Arsenal.

Phillips will help Guardiola’s city in their title defence and in the search for their first Champions League crown, as the Manchester team still chase their first trophy in the elite European competition.