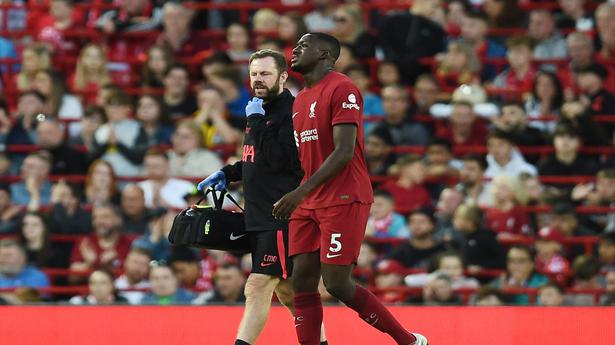 Liverpool centre-back Ibrahima Konate is set to miss the start of the new season after sustaining an injury during a friendly against Strasbourg at the weekend, the Premier League club said on Thursday.

The French international, 23, was forced off the field after picking up a knock during the second half of Sunday’s 3-0 loss to the French side.

“Unfortunately, I have to spend some time off the pitch but it won’t be too long,” Konate wrote on Instagram .

“In the meantime, I will be doing my best to come back even stronger and supporting the boys.”

Konate played 29 times in all competitions last season since joining from RB Leipzig in May 2021 as Juergen Klopp’s side finished a point behind Manchester City in the league and reached the Champions League final.

Liverpool will begin its league campaign at newly promoted Fulham on Saturday.