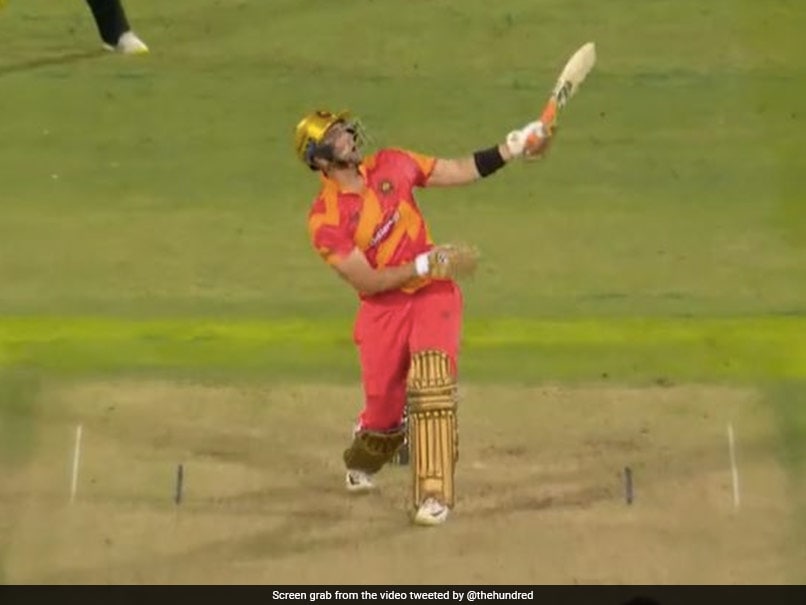 Glimpse of the one-handed six by Liam Livingstone

England batter Liam Livingstone, who represents Birmingham Phoenix in the ongoing edition of The Hundred competition, gave his fans another spectacular moment to cherish when he smashed a one handed six, to take his team across the line during the clash against Trent Rockets on Monday at Edgbaston. The match-winning six also helped Livingstone to reach his half-century in 32 balls. Chasing 146, Birmingham Phoenix claimed victory over Trent Rockets by seven wickets and 14 balls to spare.

Livingstone, who is known for his powerful hitting, once again showed his mettle and left his fans delighted with his one-handed six.

One-handed six for the win and for 50?

Coming to the match, opting to bowl first, Phoenix made a great start to the day as they scalped quick wickets and left Rockets struggling at 53/6 in 54 balls. It was then skipper Lewis Gregory and Daniel Sams came to the crease and changed the phase of the game. Sams brought up his half-century in 25 balls while Gregory scored 35 runs off 22 balls to take their side to a total of 145.

In the second innings, Phoenix also faced early blows as they lost two wickets for 25 runs in 21 balls. Later, skipper Moeen Ali and Livingstone, anchored the innings and brought up their respective half-centuries. Moeen Ali departed after scoring 52 off 28 balls. Livingstone then finished the game with a six and Phoenix claimed a seven-wicket win.

In the men’s Hundred competition, Birmingham Phoenix are at the third spot with six points from four games while Trent Rockets are at fourth with as many points.