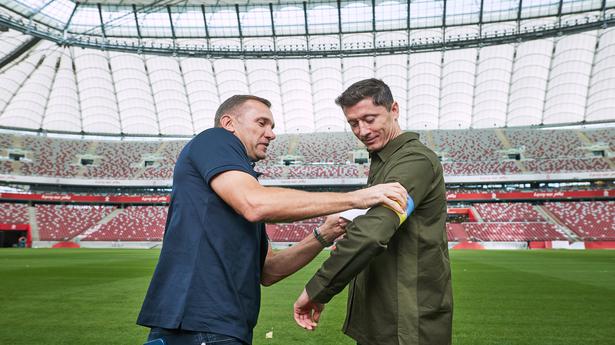 Back in February, days after Russia’s illegal invasion of Ukraine, Lewandowski lobbied for the postponement of Poland’s international fixture against Russia. When he next took the field for Bayern Munich, his teammates wore black armbands to honour the victims of the invasion, while Lewandowski, the Bayern captain, wore an armband in the colours of Ukraine. Since then, he has been a constant ally of Ukraine, while Shevchenko has travelled Europe meeting athletes, governing bodies, politicians and refugees to highlight the issues the invasion has caused.Photo: Special Arrangement