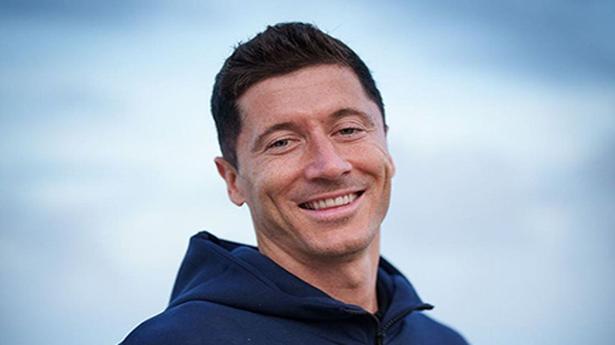 Robert Lewandowski passed his medical and said he’s ready to help put Barcelona back at the top in European football.

The striker was set to sign his contract and be officially introduced by Barcelona in Miami on Tuesday ahead of the team’s US tour.

“It was very easy to decide to come to Barca,” the Poland player said after joining his teammates in Florida.

“Barca is back. I think I can help to put the team back at the top of European football.” Barcelona this weekend reached an agreement with Bayern Munich to acquire Lewandowski in a deal expected to reach nearly 50 million euros ($50.5 million).

The 33-year-old Lewandowski has been one of soccer’s most prolific scorers in the last decade and was voted FIFA player of the year in 2020 and 2021. He arrives to boost a team that did not win any titles last season following the departure of Lionel Messi. The club has been slowly rebuilding its squad after enduring financial struggles in recent seasons.

“I hope we get off to a winning start,” he said.

“I like winning trophies and this is a new chapter for me, with new challenges. This was an opportunity for me privately. I have always wanted to play in La Liga and for a big team.” His official signing and presentation was delayed a day from Monday. He met his new teammates at the team hotel on Sunday and said he had already been speaking with coach Xavi Hernández.

“I know about his ideas,” Lewandowski said.

“He was a great player and has a great future ahead of him as a coach.” Barcelona’s squad, still without Lewandowski, trained on Monday before it plays Miami in Florida and then Real Madrid in Las Vegas, Juventus in Dallas, and the New York Red Bulls in New Jersey.

Forward Ferran Torres practiced alone as he continues to recover from a foot injury. Midfielder Miralem Pjanic completed his final session before heading to France to attend the birth of his second child. The Bosnian is expected to rejoin the tour in a few days.