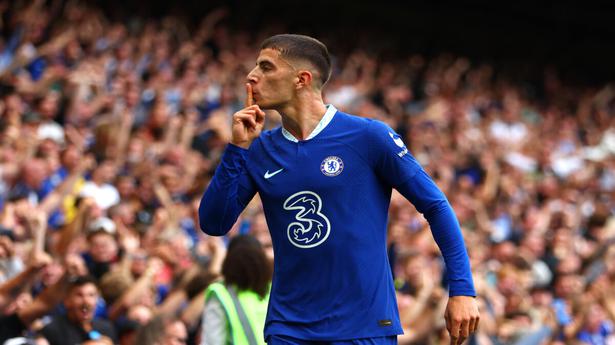 A late Kai Havertz goal edged Chelsea to a 2-1 win against West Ham at Stamford Bridge on Saturday.

Mikhail Antonio opened the scoring in the 62nd minute after Chelsea failed to clear a corner. In the 76th minute, West Ham keeper Lukasz Fabianski had an error in judgement as Ben Chilwell nutmegged him from a tight angle to make it 1-1.

Kai Havertz converted Ben Chilwell’s cross into a fabulous goal for Chelsea in the 88th minute, and the Blues looked certain of a win, but Maxwel Cornet’s equaliser in the dying stages of the match looked like a point for the Hammers.

However, a VAR check resulted in the goal being cancelled, and Chelsea finished the match with three points.