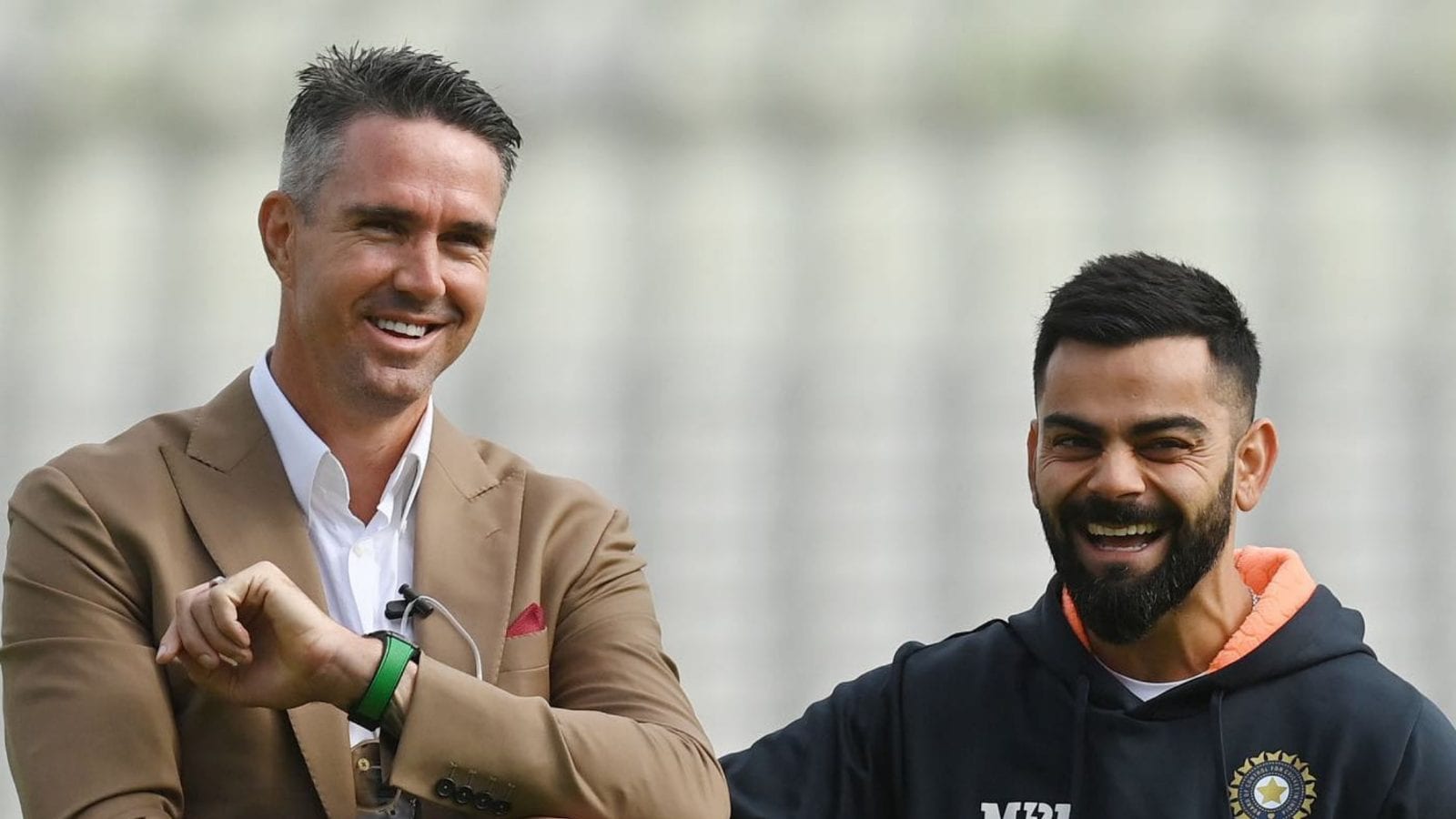 Former England captain Kevin Pietersen has jumped in support of under-fire Virat Kohli who posted a photo on his Instagram where he shared his perspective. The batting maestro has not been able to manufacture big runs in recent times and facing scrutiny from critics and fans for his underwhelming show.

Kohli, on Saturday, took to social media and shared a photo where he could be seen sitting in front of a wall where it is written: “What if I fall? Oh but my darling, what if you fly.” He captioned the post ‘Perspective’.

“You go big guy! People can only dream about what you’ve done in cricket. And they’re some of the best players that have played the game,” Pietersen wrote.

He also shared the same on his Twitter account with a photo of him and the former India skipper.

The former England captain also posted a photo with Kohli on Instagram and wrote, “Buddy, your career has had some of the best that have played the game only wish they could have done what you have(so far). Be proud, walk tall & enjoy life. There’s way more than just the bubble of cricket out there. You’ll be back, @virat.kohli.”

Kohli and Pietersen played together for Royal Challengers Bangalore in the past when the Indian batter was in the initial phase of his career and the former England skipper was already an established name in the world of cricket. The duo shared great camaraderie both on and off the field.

Earlier, Pakistan captain Babar Azam extended support to Kohli with a post on Twitter where he wrote, “This too shall pass. Stay strong. #ViratKohli.”

The Pakistan captain received praises for his gesture for under-fire Kohli. On the eve of Pakistan’s first Test against Sri Lanka at Galle, in a press conference, Babar revealed his reasons behind tweeting in favour of Kohli.

“Definitely. See, as a player myself, I know you can go through such a phase (out of form). I also know what a player goes through in such a phase and how can one come out of it. In those times, you need support,” said the Pakistan skipper.

“As a player, I just tweeted thinking that it will give just some support. He is one of the best players. He is playing a lot (of cricket) and he knows how to come out of these situations. It takes time, if you back players, it will be really good,” added Babar.

In the recently concluded T20I series against England, Kohli scored 12 runs in two matches he played and prior to that, he had a disappointing show with the bat in the rescheduled fifth Test against England.

Kohli has been rested for the upcoming white-ball tour of the West Indies despite his poor form in recent times. However, he is part of India’s squad for the third ODI against England on Sunday in Manchester.