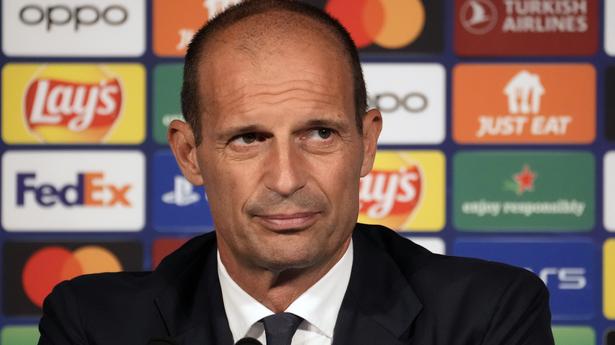 Juventus has made an unconvincing start in its quest to regain the Serie A title, but coach Massimiliano Allegri said on Saturday his injury-hit squad must persevere and stay in touch with the leaders.

Juventus has two wins and three draws in its opening five matches and is in seventh place, though only four points behind surprise leader Atalanta ahead of the clash with Salernitana on Sunday.

Allegri is missing several important players due to injury, with Paul Pogba having surgery for a knee injury, Federico Chiesa out with a knee ligament injury and Angel Di Maria suffering a muscle injury.

“We are missing players from the beginning of the season. Right now with the numerical difficulties, we need to get to November in the best possible condition in the standings,” said Allegri, referring to the mid-season break for the World Cup in Qatar.

Allegri said Di Maria could return for the Champions League match against Benfica on Wednesday with Chiesa expected to be out for a little longer.

“I hope to have him (Chiesa) ready before the World Cup break. He will be 100% ready in January but now he is training alone,” Allegri said, adding that keeper Wojciech Szczesny is also out due to an ankle injury.

Salernitana, which currently sits in 10th place, will come to Allianz Stadium on Sunday for the sixth-round game in Serie A.

“Nicola (Davide) did an extraordinary job last year and they have worked well in the market this year too,” Allegri said about the Salernitana coach.

“We have to play a tough game because we need the three points. This is one of the best teams among those fighting to avoid relegation.”