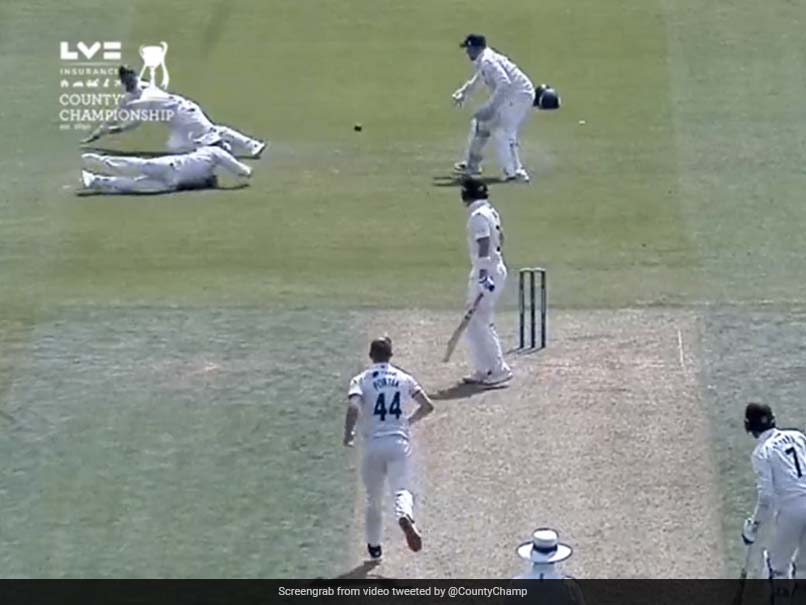 Catching is one aspect of cricket that needs concentration and training to perfect. Time and again we have seen even the best fielders in the game drop sitters. Some even script a comedy of errors while trying to latch on to an easy catch. Similarly, England and Surrey batter Ollie Pope was awarded five extra runs during an ongoing County Championship Division One match against Essex at the Oval. The incident happed during Surrey’s first innings when Pope was batting on Day 3.

Instead, the ball took a thick edge and went straight to the man at second slip, who made a diving attempt to take the catch, but floored.

To make things even worse, the ball went on to hit the helmet behind the keeper, resulting in five extra runs for Pope.

The video was shared by the County Championship on their official Twitter handle.

Talking about the match, Essex scored 271 runs on the back of Adam Rossington’s century, having elected to bat at the Oval.

In reply, Will Jacks scored an unbeaten 150 as Surrey managed to scored 319, and take a 48-run lead.

Nick Browne was batting unbeaten on 45 while Dan Lawrence was also not out on 28.

As things stand, Surrey currently top the Division One tables, while Essex are fourth behind second place Hampshire and third placed Lancashire.