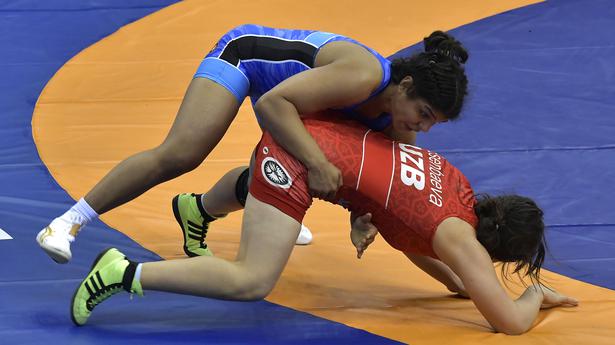 From Sakshi Malik winning a bronze n Tunisia to a good performance of Indians at the Big Green Egg Open golf, here is all that has happened in Indian sports on July 15 so far.

After being pinned by Brazilian Lais de Oliveira, Sakshi benefited as local wrestler Marwa Amri forfeited her match. Then Sakshi, the only Commonwealth Games-bound Indian wrestler competing in the event, lost to Germany’s Luisa Niemesch 5-2. She still managed a bronze in a field comprising virtually three wrestlers.

Arjun Halakurki (60kg) and Deepanshu (97kg) got a silver apiece, while Naveen (130kg) bagged a bronze.

Indian golfer Aditi Ashok, playing with Thai Pajaree Anannarukarn, moved to tied-22nd after the second round of the Dow Great Lakes Bay Invitational tournament, a team event on the LPGA Tour.

Aditi and Pajaree, who finished tied-third a year ago at this event, put up a vastly improved performance in the second round as they tallied eight-under in better-ball after a two-over showing in alternate-shot play on the first day. 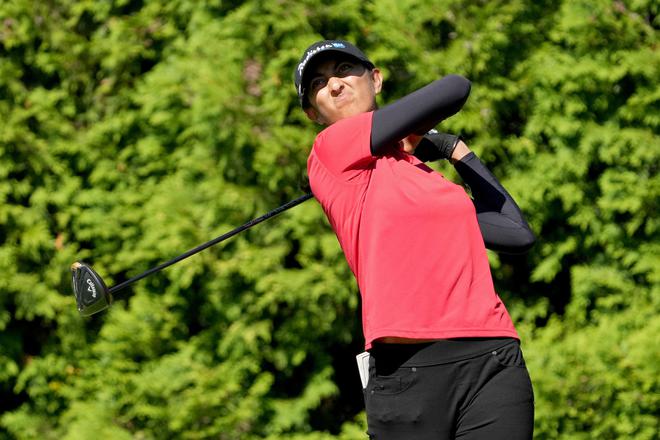 Aditi Ashok in action at the Dow Great Lakes Bay Invitational at Midland Country Club on July 14, 2022 in Midland, Michigan.

On three of the holes, both players birdied, while Aditi’s birdies on fourth, fifth and 11th added to the gains.

Pajaree added to the kitty with her own birdies on ninth and 14th, which the Indian parred. There were eight holes where both parred and once when Aditi bogeyed 16th, Pajaree saved the situation with a par.

Meanwhile, Pauline Roussin made a hole-in-one and teamed up with fellow rookie Dewi Weber to take a three-stroke after the second round.

The first round leader, the legendary Annika Sorenstam and Madelene Sagstrom, fell five shots behind the leaders.

The 51-year-old Sorenstam and Sagstrom shot an opening five-under 65 in alternate-shot play on Wednesday.

They had 65 on first day and 66 on second. Roussin and Weber had a 61 at Midland Country Club in the better-ball round to reach 14-under 126. The pair had 65 on the first day and are now 14-under as against 11-under total for Jennifer Kupcho and Lizette Salas, who shot 68-61.

The teams will play alternate shots in the third round and finish on Saturday with better ball.

Sorenstam is making her second LPGA Tour start of the year and only her third since retiring after the 2008 season.

The Hall of Famer missed the cut in the US Women’s Open last month and then tied for fourth last week in Nevada in the mostly male American Century Championship.

Roussin, the Frenchwoman playing on Bastille Day and her mother’s birthday, aced the par-3 seventh with a 46-degree wedge. India’s Diksha Dagar got off to a flying start in the opening round with a superb card of four-under 68 that placed her tied-third at the Big Green Egg Open golf tournament.

Diksha, the 2019 Investec Women’s South Africa Open winner, was just one shot adrift of co-leaders Sarah Schober and Liz Young, who had opening round scores of 67 (-5) at the Rosendaelsche Golf Club in the Netherlands.

Diksha opened with a par but then birdied the next three to get to three-under in four. Another birdie on ninth saw her turn in four-under 32.

Diksha was delighted with her performance on the greens.

“It was a really good day. I’ve been working on my putting and I was feeling confident about my putts so I was making more of them, and that was helping my hitting too,” she said.

“Because I’ve been practising I found it easier to read the greens and find the lines. My hitting was also very good, I was able to attack the flag and make the putts. I was only in the rough once but I was lucky that I had a good lie so I was able to make par from there, otherwise I was hitting all the fairways.” Vani had a slow start with one bogey on the front nine, but then had five birdies against just one more bogey for a fine round of three-under 69 that put her inside Top-5.

Ridhima started from the 10th had three birdies against one double bogey and one bogey.

Sitting one shot behind co-leaders Schober and Young are Dagar and Whitney Hillier, with the duo both shooting 68 (-4) as they made the most of the fine weather.

Local hopes lie with Pasqualle Coffa after the opening round with the Dutch star shooting 69 (-3) to sit three shots off the lead.

Four others including Vani shot 69.

Indian golfer Suchitra Ramesh shot a 6-over 78 in the opening round of the Trust Golf Link Series to finish at T-40 here at the end of the first day.

Germany’s Patricia Isabel Schmidt and Chiara Noja have shared the lead after firing rounds of four-under 68 each.

Both Schmidt and Noja are one shot clear of the chasing pack heading into round of the competition.

The English duo of Gemma Clews and Amy Taylor are tied in third place at three-under 69 while Czech Republic’s Sara Kouskova is another shot back after the opening round.

At one-under-par 71 are Thailand’s Arpichaya Yubol, Scotland’s Kirsty Mitchell, and Italy’s Clara Manzalini as the three share the sixth spot. Wales’ Lea Anne Bramwell and Dutch Lizzy Peeters round out the top 10 at level-par.

A total of 32 schools from in and around the city will participate in the third edition of Kolkata School Football League (KSFL), which is an effort to tap talents at the grassroots level. Meant for the under-18 age group category, the tournament will be played at NKDA Stadium, New Town from July 22.

The tournament, organised by Sports Connect under the aegis of the state body Indian Football Association, has come up with an innovative format where former international footballers like Krishnendu Roy, Amit Bhadra, Tarun Dey, Alok Mukherjee, Mihir Bose, Bikash Panji, Achintya Belel and Syed Rahim Nabi will be working as mentors. Each mentor will have four schools under his charge and will be working with the teams to improve their performance.

There are host of former players in the tournament advisory board compromising of former India captains like Bhaskar Ganguly, Monoranjan Bhattacharya, Prasanta Banerjee and Debasis Mukherjee. After generating a lot of interest in the first two editions in 2018 and 2019, the tournament could not be held in next two seasons because of the pandemic.

Adith Amarnath beat third seed Vansh Nandal 9-6 in the boys quarterfinals of the AITA National series under-18 tennis tournament at the Joygaon Academy on Friday.

In the girls section, Laxmi Sri Dandu beat the second seed Suryanshi Tanwar 9-4 in the quarterfinals.

With rain having upset the schedule, the organisers had best of 17 games format in the quarterfinals, after having played best of three sets in the pre-quarterfinals.

In the $25,000 ITF men’s event in Kazakhstan, second seed Prajnesh Gunneswaran reached the semifinals with a 7-6(3), 6-2 victory over qualifier Zura Tkemaladze of Georgia.

In a similar women’s event in Kazakhstan, Ankita Raina made the doubles final with Momoko Kobori of Japan. The pair will face the top seeded Koreans, Choi Je Hee and Ha Na-Lae in the final.