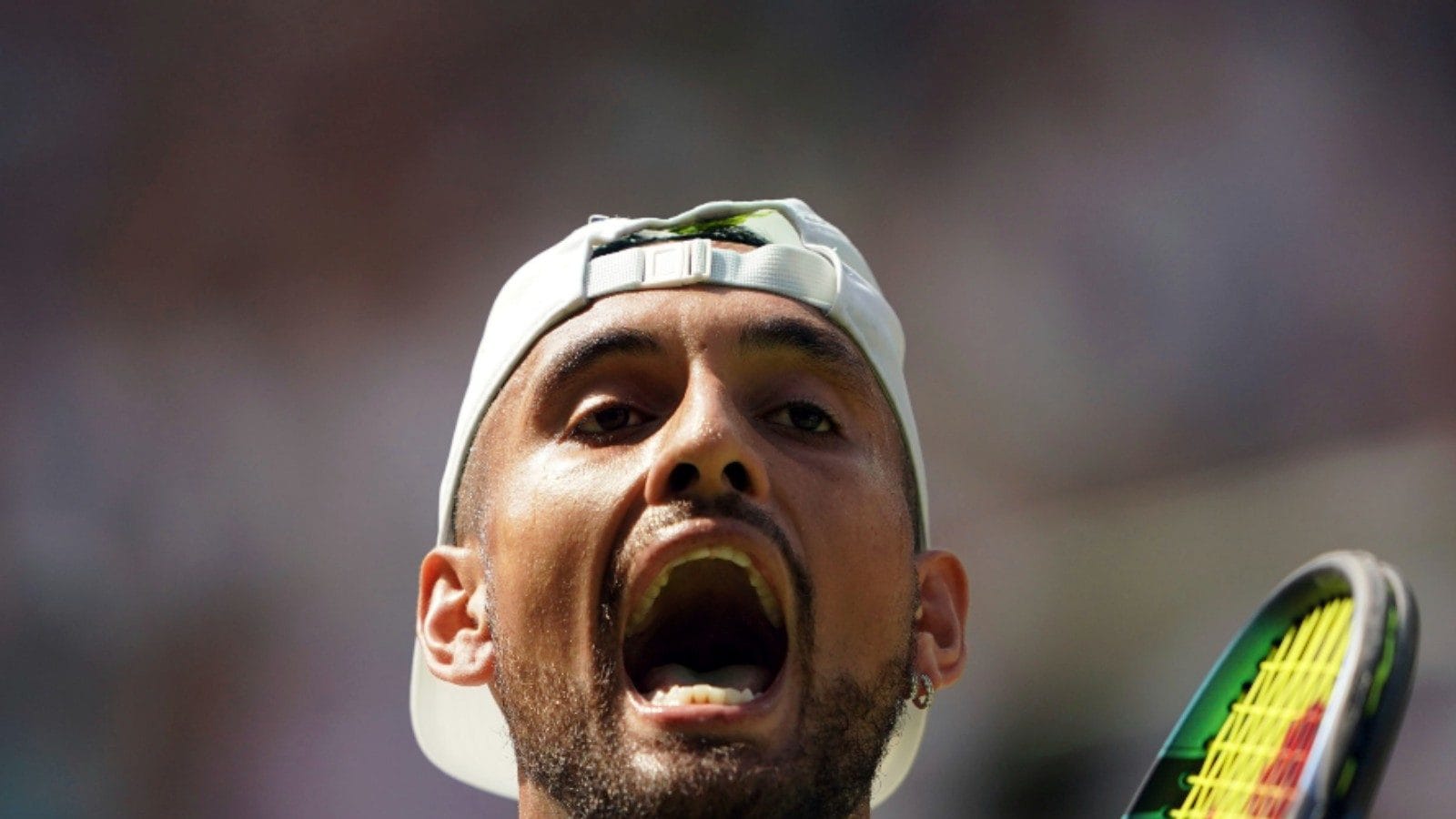 Kyrgios carved a sometimes thrilling, often controversial path to the final at the All England Club where he lost in four sets on Sunday to Novak Djokovic.

A series of outbursts saw the 27-year-old fined and he was described as “evil” and “a bully” by third round opponent Stefanos Tsitsipas.

But there was some impressive and inventive hitting, not least in the final, where he clattered 30 aces and 62 winners in total.

“The guy is a genius out there the way he plays,” McEnroe told the BBC, adding that Kyrgios needed some advice from the father of psychoanalysis.

“He needs Sigmund Freud to come out of the grave and somehow figure out a way to keep this guy going for a couple of years because we could use him. It’s unbelievable, he moves the needle for us in tennis. We need this big time but we don’t need him to try half the time,” said the three-time Wimbledon champion.

Off court the world number 45, who has admitted to ‘tanking’ during matches, also faces a court hearing in Canberra next month in relation to an allegation of common assault.

“He’s a good kid, the players like him, he’s well liked in the locker room, he does a lot of charity work. But he’s got demons you know, in a way — we all have this fear of failure and it’s a question of how you best deal with it,”” said McEnroe in mitigation.

McEnroe, a seven-time Grand Slam winner, was himself no stranger to controversy in his career, often lapsing into pantomime histrionics on court in a bid to raise his own game.

“I would say I’m proud of most of what I did but there are certainly times where I’m like, ‘I didn’t need to do that’” said McEnroe.

“It only exacerbated the situation and made more people get mad at me or start booing me so it wasn’t like it helped me. It may be at times you blow off some steam. Obviously, you see Kyrgios doing that all the time,” said the 63-year-old.

The Australian was handed a code violation in Sunday’s final during which he also volubly demanded the removal of a spectator who he claimed was drunk and launched a foul-mouthed tirade at his own box.

“How do you think his box feels when he’s screaming at them? Those are the people that love him most, right?” said McEnroe.

“Unfortunately, the people that you love most you take it out on, because you feel closest to them. I think we can all relate to that. But if it wasn’t so sad it would be funny in a way. So that part, hopefully he would look at and go, ‘I don’t need to do that to my dad or my girlfriend,” added the former tennis player.

“You know he’s sitting there and he’s obviously tortured in certain ways. (He’s) unbelievably talented, very smart… a hell of a player when he wants to be,” concluded McEnroe.