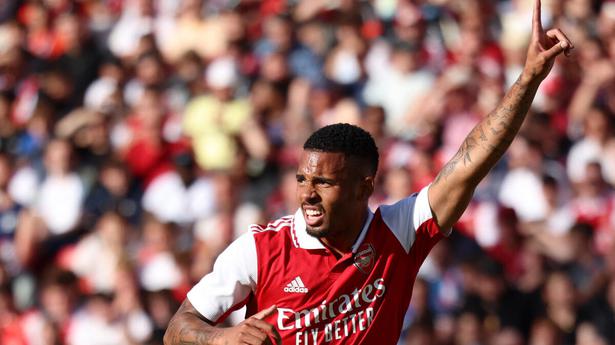 Arsenal’s new Brazilian striker Gabriel Jesus scored twice for the Premier League club in a pre-season game at German side Nuremberg as it netted five second-half goals to win 5-3 on Friday.

With Arsenal down 2-0, Jesus came on as a halftime substitute and immediately got on the scoresheet after a sublime one-two pass with Eddie Nketiah before his header 18 minutes later wrapped up the win.

Jesus, one of Arsenal’s four summer recruits, was signed for 45 million pounds ($54.10 million) from Manchester City in the close season.

Egyptian midfielder Mohamed Elneny had scored the equaliser for 2-2 nine minutes after the restart with a rocket from 30 yards out while two own goals ensured Mikel Arteta’s side got their pre-season campaign off to a winning start.