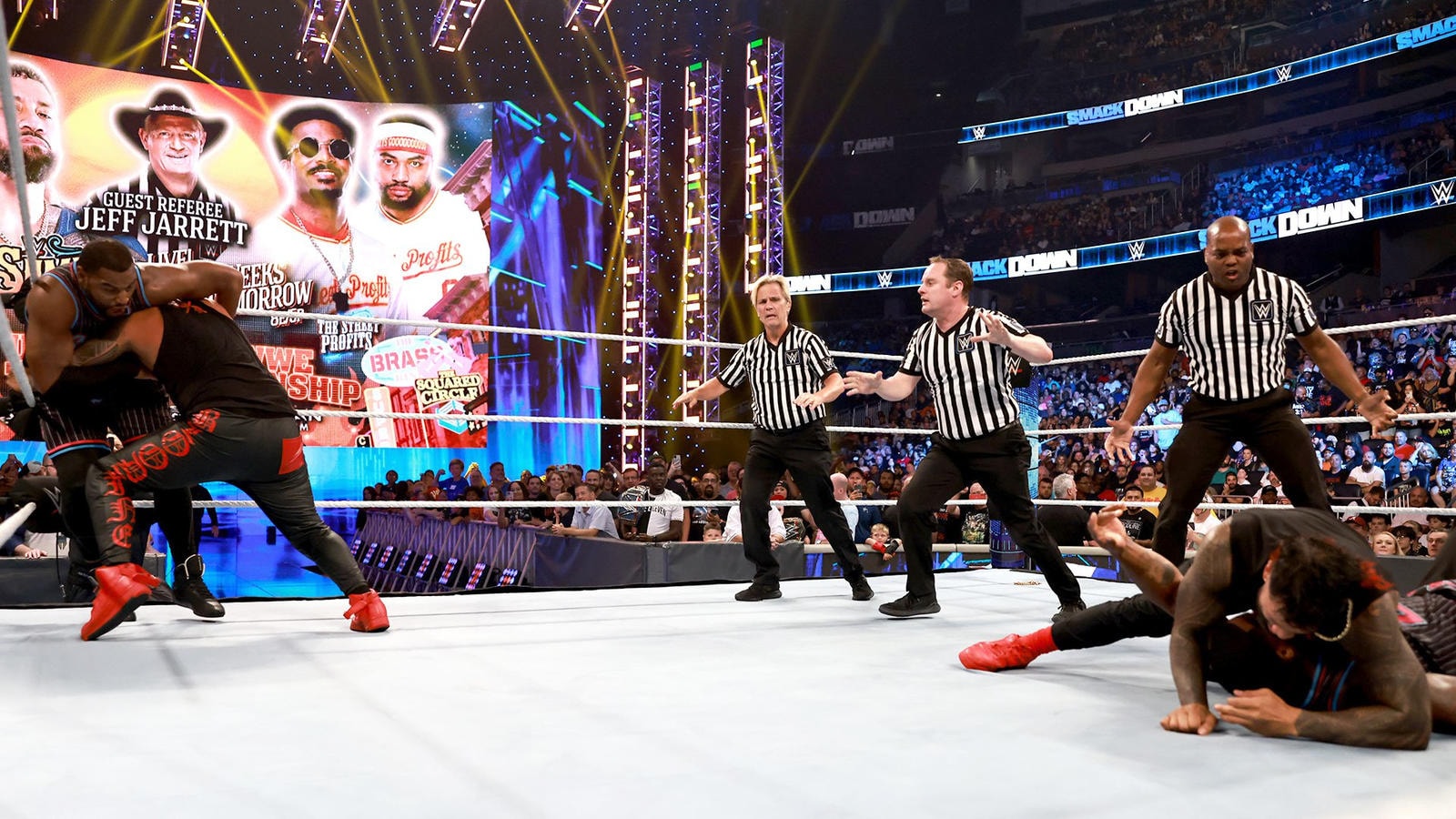 WWE continued its build-up towards the flagship event SummerSlam in the latest edition of the Friday night SmackDown. The action-packed episode featured new women’s champion Liv Morgan competing against Natalya in a singles match. In an exciting match card Mr. Money in the Bank, Theory took on Madcap Moss in a grueling encounter.

The intense rivalry that has been brewing for some time between the Street Profits and the Usos saw them facing off each other in a singles match as Jimmy Uso crossed swords with Angelo Dawkins in the main event of the night.

Here are all the results and highlights from the Friday night episode of SmackDown:

The new Women’s champion Liv Morgan opened the episode with a match against Natalya. The Queen of Harts put the champion under pressure in the opening stages. Morgan responded with a German suplex and a devastating powerbomb to deliver her special move ObLIVion to secure the victory. Morgan retained her title and called out former champion Ronda Rousey.

Drew McIntyre entered the ring for his bout with Sheamus, with the Undisputed WWE Universal Championship on the line at Clash at the Castle. The Celtic Warrior, like last week, presented another bait and switch. However, it didn’t catch McIntyre off guard, as the Scottish Warrior survived Holland’s brief onslaught and then dispatched him with the Claymore to secure a hard-fought victory.

Moss declined Paul Heyman’s offer of matching him up with WWE champion Roman Reigns and entered the ring to face the current Money in the Bank briefcase holder Theory.

After some back-and-forth action, the intense encounter came to a disappointing end. As a desperate Theory was on the receiving end of an onslaught from Moss, Theory used his briefcase to smash the babyface. Due to his repeated assault using the briefcase he was disqualified and Moss was declared as the winner.

Angelo Dawkins of the Street Profits and Jimmy Uso squared off in the night’s main event. Montez Ford and Jey Uso were there to support their respective partners.

The match looked pretty even before Dawkins connected a Sky High on Jimmy and then bumped into the referee. The dizzy referee impacted by the bump counted thrice to earn Dawkins the pinfall victory despite Uso’s right shoulder being off the mat at the time of the three-count.

Following the bout and the dispute over the referee’s decision, WWE director, Adam Pearce entered the ring and stated that the special referee for the SummerSlam match between the two teams will be none other than Hall of Famer and six-time Intercontinental Champion, Jeff Jarrett.