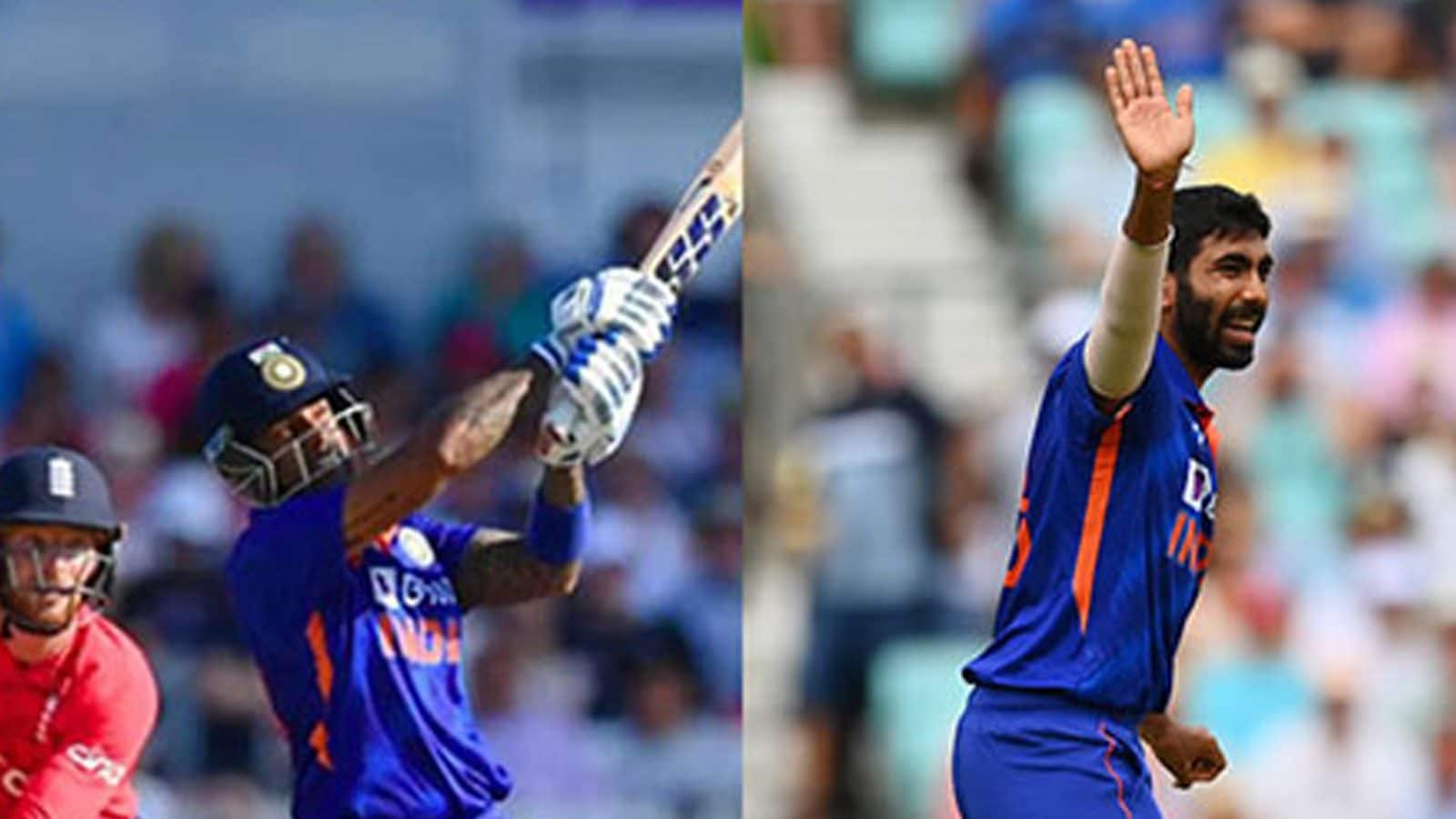 As India continues to dominate the limited-overs leg against Jos Buttler-led England, the new ICC rankings have seen a host of changes as Indians climbed several places in almost every aspect.

India pace bowler Jasprit Bumrah on Wednesday regained the top spot in the ICC Men’s ODI Player Rankings after a career-best haul of 6 for 19 that helped India defeat England by 10 wicket in the first ODI at The Kennington Oval on Tuesday.

Bumrah had lost the top spot to New Zealand’s Trent Boult in February 2020 after being No. 1 for most of the preceding two years. He has been at the top for a total of 730 days, more than any other Indian and the ninth-most in history. The Indian pacer.

A huge climb for Suryakumar Yadav in T20I cricket, as Dimuth Karunaratne reaches a career-high ranking on the Test scene!

More on the latest @MRFWorldwide rankings 📈

With Rohit Sharma winning the toss in the first ODI and choosing to bowl in overcast conditions, the Indian pacer was spot-on with his line and lengths as he ran through the English batting order. Bumrah dismissed opener Jason Roy and Joe Root in his very first over.

The Indian pacer also sent the in-form Jonny Bairstow and Liam Livingstone back to the pavilion, ending the day with an impressive six-wicket haul in 7.2 overs while conceding just 19 runs and bowling 3 maidens. England skittled out for just 110 runs in 25.2 overs.

Bumrah, who has been No. 1 in T20Is in the past and is currently at a career-best third position in Tests, is only the second Indian pacer after Kapil Dev to be No. 1 in the ODI rankings. Maninder Singh, Anil Kumble and Ravindra Jadeja are the other India bowlers to have attained top ranking.

His new-ball partner, Mohammad Shami, too has gained after grabbing 3/31 and playing his role in bundling England out for 110 in 25.2 overs. Shami has progressed three spots to reach joint-23rd position along with team-mate Bhuvneshwar Kumar.

India seamer Bhuvneshwar Kumar has surged seven places to a career-best seventh position after a haul of 3/15 in the second T20I in Birmingham, while India leg-spinner Yuzvendra Chahal is up two places to 19th. Harshal Patel (up 10 places to 23rd) and Bumrah (up six places to 27th) have also progressed.

In the T20I Player Rankings, India batter Suryakumar Yadav has gained 44 slots to reach a career-best fifth position after his 117 in the final match of a three-T20I series against England.

The Indian opening batting pair too has some improvement to show in the ODI rankings after a breezy chase in just 18.4 overs. Captain Rohit Sharma has bridged the gap with third-placed Virat Kohli to just one rating point after his quick-fire 76 not out while left-hander Shikhar Dhawan has inched up one slot to 12th position after his unbeaten 31.

In the latest weekly rankings update that also considers performances in the first two Ireland versus New Zealand matches that are part of the ICC Men’s Cricket World Cup Super League, and the first West Indies versus Bangladesh match, England captain Jos Buttler has moved up one slot to 24th after top-scoring for England with 30.

Nicholas Pooran of the West Indies is up five places to eighth after a match-winning 74 not out in the final match of their series against Bangladesh.