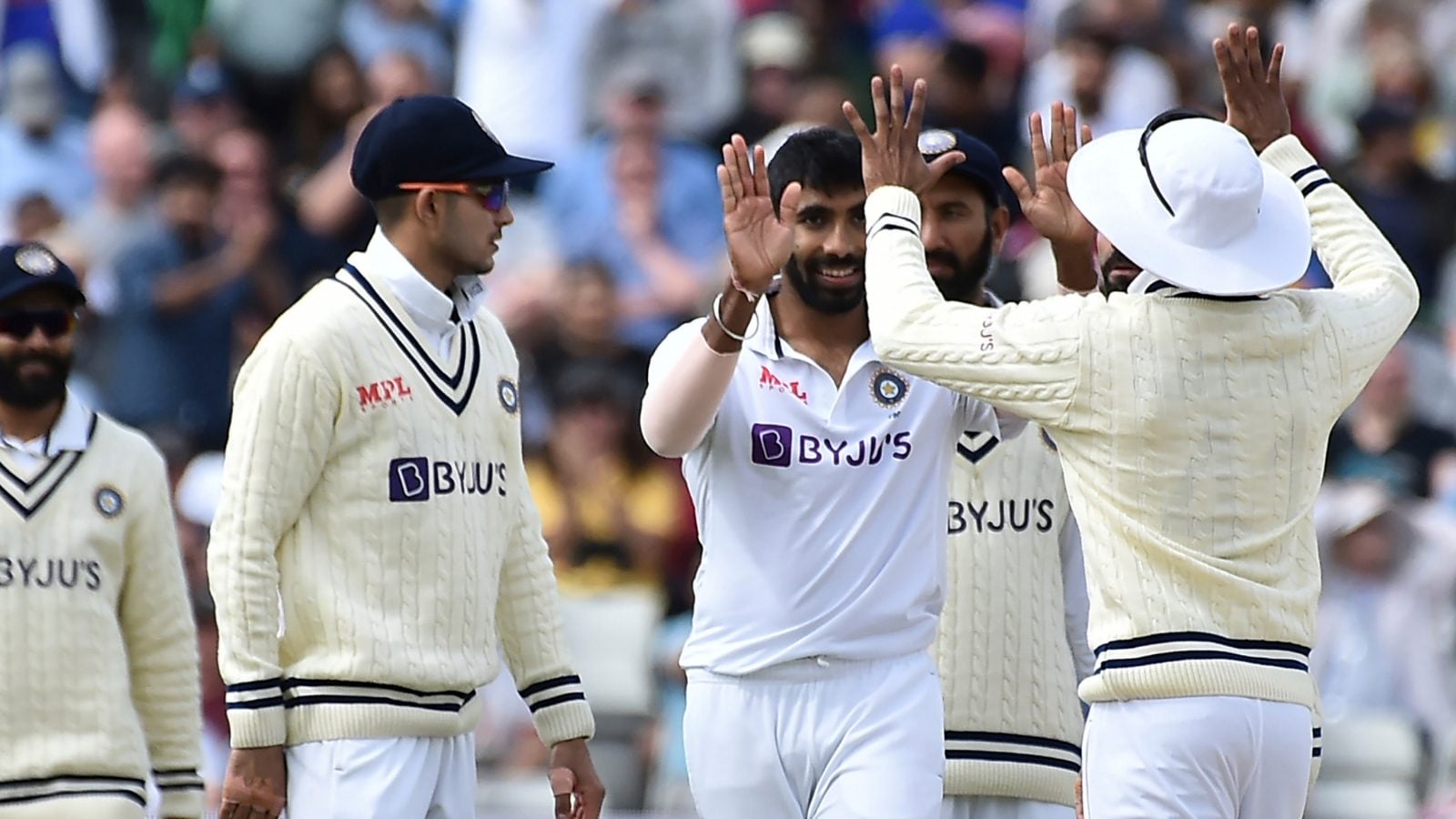 Jasprit Bumrah became the sixth Indian bowler to claim 100 wickets in SENA (South Africa, England, New Zealand, Australia) countries. Bumrah, who is leading the Indian team for the first time in rescheduled fifth Test against England, entered the elusive list after dismissing Zak Crawley on the fourth day at Edgbaston.

Captain Bumrah castled the England opener before the lunch break to break a crucial stand. The English openers started the chase with a counter-attacking approach as the duo shared a 107-run partnership, however, the Indian skipper returned to the attack and provide his team with the much-needed breakthrough to dismiss Crawley.

Later, Bumrah got the better of Pope on the first ball after the Tea break as he angled the ball away from him and England’s number 3 edged it behind the stumps. The two crucial wickets shifted the momentum in India’s favour as they also triggered a crucial run-out of Alex Lees who looked dangerous during his 56-run knock.

He has enjoyed bowling on English soil as he has already claimed 37 wickets, followed by 32 scalps against Australia. While he grabbed 26 wickets versus South Africa against whom he made his debut, New Zealand are at the bottom of his list with 6 wickets.

The 28-year-old is the leading wicket-taker in the ongoing Test series with 23 wickets in 9 matches.

As England raced to 43 runs in eight overs, India introduced Ravindra Jadeja into the attack. But it had little effect on England as Lees danced down the pitch to drive through mid-off before nailing the gap through point to make it two boundaries off Jadeja’s opening over.

Captain Ben Stokes took a four-wicket haul as England bowled out India for 245 in 81.5 overs in their second innings.